This year nine films have received nominations for Best Picture from the Academy of Motion Picture Arts and Sciences. They are:

As with every awards year, some of the films are no-brainers and some are fairly controversial. But of all the films, The Descendants deserves the win. Here’s why:

What didn’t deserve the nomination

Three of the films don’t belong on this list. They are Warhorse, Extremely Loud & Incredibly Close and Hugo.

The first time I saw the trailer for Warhorse, I swore to myself I’d never watch it. It looked to be a crass, cheap and overly-sentimental version of everything Spielberg does so well. Yes, I’m sure it looks amazing. Yes, I’m sure it’s a tearjerker. But Best Picture material? No way. Not a chance. I’ve yet to speak to anyone who’s seen the film or read a single review that convinces me I should even give the movie a chance, let alone a spot in the Best Picture nominees.*

I hated this movie a lot less the second time I saw it. Still not a very good movie. It was boring and poorly plotted. The themes it handled – grieving, loss and moving on, were all handled much better by other films this year (::ahem:: Super 8, Tree of Life, The Descendants) and none of them had to exploit 9/11 to do it.

Hugo wasn’t bad. It just wasn’t very good either. It was visually stunning, but dull. The story dragged and was thoroughly predictable. Yes, it’s a kids’ movie, but Pixar makes those all the time and I’d watch any of them again over Hugo.

The bottom line is that there were tons of better films this year. Super 8 got nothing, despite being an all-around great film. Ides of March was also overlooked, but it’s better than any of these three, on all counts (possibly excepting Hugo‘s visuals).

Several of the films were really, really good, but for me they didn’t quite crack the top tier. These films definitely deserve their nomination, and if you haven’t seen them, do so immediately. You’ll be a better person for it.

A stand-out film about the beginnings of the Civil Rights movement in Mississippi, The Help is an emotional roller coaster. Great acting, great storytelling. I’m not sure you could do an issue as complex as race relations much more justice with a film.

I absolutely loved this film. It’s Woody Allen to a T, so if you’re not a fan, I suppose you won’t be a fan. But the way Midnight in Paris plays with the dangers of nostalgia and what it really takes to live fully in the now is wonderful. The history geek in my loved meeting the cast of 1920s France, including F. Scott Fitzgerald, Hemmingway, Picasso and Dali. My only complaint is how one-dimensional all the characters are. It works for the fairy-tale quality of Midnight in Paris, but it also keeps it out of the top tier.

Another outstanding film about the dangers of getting trapped in the past. But this time with Baseball! The mostly true story of how Sabermetrics took over the Major Leagues, Moneyball features Brad Pitt as Billy Beane, the Oakland A’s GM who defied over a century of conventional wisdom to do the impossible. The film is great, even if you don’t like baseball. And if you have any sort of leadership role in any organization, you should see this movie as soon as possible.

This year’s films are all about facing change and moving on. The world never stops, and if we’re not careful, it will leave us behind. The best films this year handle this topic with a lot of grace and beauty. If any of these three films wins, I’ll be happy.

As I said in my review, I was shocked how great this film really is. At once an homage to silent film and a commentary on getting old but staying relevant, The Artist features some of the most creative storytelling I’ve ever seen on film. Over and over, shots and sequences left me speechless (ha!) at their creativity and ingenuity. I didn’t think I’d like it once, but the film rewards multiple viewings. A unique, surprising treasure. 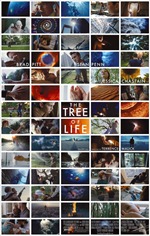 Hands down the most beautiful film I’ve ever seen. If Tree of Life doesn’t win every cinematography award ever made, I’ll question the universe’s sense of justice. Which would be appropriate given that Tree of Life is itself an exploration of the age-old question, Why do bad things happen? The film is every bit as weird and incomprehensible as you’ve heard, but in the best possible way. There’s a poetry to the filmmaking that I’ve just never seen done so well on every level.

Clooney is a shoe-in for his portrayal of Hawaiian dad Matt King. The film is about the high cost of the American Dream and what it takes to start over again. It’s brutal and bittersweet.

Why The Descendants deserves the win 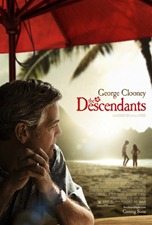 The Descendants has the best of everything. It’s gorgeously filmed, well-directed and the acting is top-notch. It hits the right balance of funny and tragic and the redemption at the end is subtle and appropriate.

Thematically, The Descendants towers above most of the other films, and manages to outstrip them all. Only The Artist and Tree of Life come close, but for me The Descendants nails the reality that sometimes it is too late. And sometimes we can change. But we can never just go backward. When you wrap all of that in a subtle critic of American colonialism as one more manifestation of the American Dream, it’s a rich, complex treatment of the theme everyone is talking about right now.

YOUR TURN: Which film do you think deserves the win? Which films should’ve been on the list? Which movies do you still have to see?

*You are well within your rights to call me stupid and/or close-minded for prejudging a movie. I see enough movies to know a bad one from a trailer. Also, if you don’t like it, go write your own Best Picture analysis.