Even if you haven’t heard of the cultural shift known variously as Extended Adolescence, Kidulthood or, infamously, “Boys who shave“, you know about it. Maybe you’re a twenty-something woman like Julie Klausner who’s frustrated with the lack of quality, mature, available men (her hilarious book, I Don’t Care About Your Band, is a great read).

Maybe you’re a parent of a twenty-something guy who dropped out of college, moved back home and isn’t doing… anything. No plans. No girlfriend. No ambition.

Or maybe you’re one of those guys. You work a part-time job, have no plans for the future, and are content to hang out with your buddies, surf the interwebs and play Call of Duty. (If that’s you, you need to read Chris Hardwick’s awesome book The Nerdist Way: How to Reach the Next Level (In Real Life).)

I’ve written elsewhere that some amount of Extended Adolescence may be unavoidable as our lifespans lengthen. But even if that’s true, the male twenty-somethings of our culture are largely in dire straights.

Extended Adolescence (EA) isn’t going away anytime soon. Everyone’s talking about it and no one has any ideas about what to do.

Enter Dr. Leonard Sax. Sax is a psychiatrist with over 20 years of therapy experience under his belt. He comes to the table armed with insight, grace, humor, eloquence and an entire army of the latest psychological research.

Sax identifies – as the book’s subtitle indicates – “five factors driving the growing epidemic of unmotivated boys and underachieving young men.” Drawing both on research and his personal experience as a therapist, Sax also outlines strategies parents and friends can employ to combat EA. 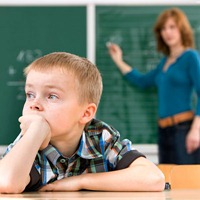 So they hate kindergarten and their teachers, which typically translates into a general distain for school/education in general.

Sax recommends holding boys back a year and finding all-boy classrooms if at all possible. All-boy classrooms are – according to the data – astonishingly effective at both primary and secondary levels. Sax has some great tips for how to bring this to the attention of your PTA/PTOs, to begin implementing all-male classroom options at local public schools. 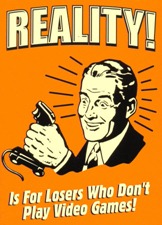 Most boys are highly motivated. Even those who appear apathetic almost always want to be in charge of their environments. In addition to all the other possible drawbacks to video games, this means boys are particularly susceptible to a particularly insidious kind of video game addiction.

Our brains are wired to release a chemical cocktail that rewards us for achieving and accomplishing. Most modern video games are heavily achievement-based, which means they cause our brains to release the same chemical cocktail as when we achieve real-world success (this is something Chris Hardwick also deals with in The Nerdist Way).

This means that video game achievements can easily replace real-world accomplishment as our source of self-confidence.

Sax recommends – unsurprisingly – carefully monitoring both the kinds of games your boys play and how long they play them. He also has some great tips for how to break video game addictions that may already have formed.

On Monday, I’ll review the final three factors driving EA according to Sax, but don’t wait. This book is definitely worth your time.

YOUR TURN: For now, what do you think of Sax’s first two factors? How accurately has he diagnosed the problem so far?