No big surprise that this showed up on the list. The pushback on doctors’ carefree try-it-and-see approach to prescribing Adderall, Ritalin and other ADD/ADHD medications is already gaining momentum. But Sax offers shocking evidence from new studies that these kinds of medicine improve focus in persons whether or not they have ADHD. That means if Johnny isn’t paying attention at school and the doctor prescribes Adderall “just to see if it works”, it’ll work. Johnny will be more attentive whether he actually has ADHD or not.

So what’s the big deal? Well, it turns out there’s a good chance most of these medicines seriously damage an area of the brain called the nucleus accumbens. It’s the part of the brain that translates our motivation into action.

In other words, taking ADHD meds – especially if you don’t have ADHD – could seriously alter a boy’s personality, making him lazy and irritable. 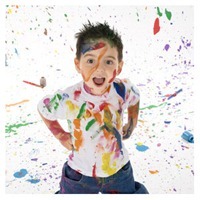 Sax offers several excellent cautions for those who receive an ADHD diagnosis, including a longer checklist for parents to determine if a teacher or family practitioner’s ADHD diagnosis warrants the opinion of a trained specialist (or if you should ignore it).

Sax points out that usually, the school is the problem, not the boy. We’ve designed schools that aren’t developmentally appropriate for boys. And he’s adamant that

We should not medicate boys so they fit the school; we should change the school to fit the boy.

Probably the most speculative of Sax’s factors (though that could also be because I’m not a scientist), he identifies a group of chemicals used in most plastics manufacturing. Known as BPAs, these chemicals are xeno-estrogens, meaning they simulate the effects of estrogen on the body.

BPAs might explain why, for instance, the average teen boy today has a sperm count one quarter what his grandfather did at his age.

5. The Revenge of the Forsaken Gods 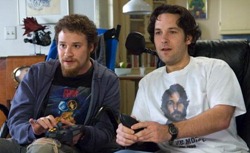 Quoting another scholar, Sax observes that

Manhood is mimesis. To be a man, a boy must see a man.

Transitioning from childhood to adulthood is more than just a biological process. We can be physically mature without being mentally, emotionally, spiritually or socially mature. And throughout human history, the cultures that thrive and survive are those cultures that carefully manage the transition from boy to man.

Healthy cultures not only have communities of men that help boys transition into adulthood, they ritualize it with coming-of-age rituals.

Today, males of every age are mostly segregated from males of other ages (this is true for females, too, but that’s all in Dr. Sax’s next book). We’ve lost the intangible life-lessons that come from unstructured time spent around men older and younger than us.

Sax is quick to caution us against a blind desire to return to the “Good Ole Days when men were men.” Such days exist only in hindsight, and the world has changed too much in any case. We must move forward very carefully, as Sax observes:

Sax argues that ignoring our gendered experience altogether does far more harm than good for boys and young men:

“Deconstructing” all images of the ideal husband and father is not likely to result in a father who insists on his wife sharing equally in all sacrifices. The result is far more likely to be a selfish young man who doesn’t feel any strong obligation to the children he has fathered.

Gender is a tricky, complex topic, and it needs to be approached as such. But it still must be approached. Because when boys are surrounded by men who teach them what it means to be an adult, a man, they grow up well. When boys grow up without men, they tend to create their own groups – anything from gangs to LAN parties, I suppose. Anything but men. 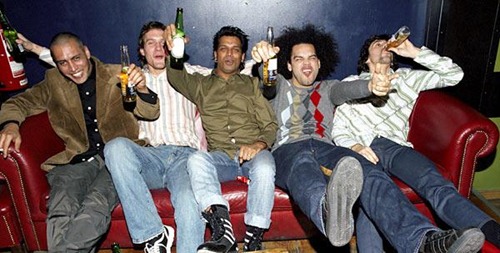 YOUR TURN: What do you think of Sax’s final three factors? Do you agree or disagree? What did he miss?