This month’s two top posts by a long shot have to do with the controversial and popular TV show Game of Thrones! 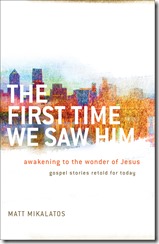 First, winning like a landslide down a mountain in which a snake is crushed, we have JR.’s reflection on The Tragedy of Oberyn Martell.

In second place, it’s JR. V John Piper in a smack down entitled “Does watching Game of Thrones make you unholy?” No response from John Piper yet.

Coming in at third is this deep, nuanced discussion concerning a Key Difference Between Men and Women.

In fourth place, How to Help Your Favorite Authors When They Have a New Book Coming Out. Because I just had a new book come out and I would like you to help me.

Meanwhile, on the Storymen Podcast in June:

Clay, JR. and I discuss super hero movies and how David Goyer doesn’t like heroes.

An awesome, full-length interview about my new book, The First Time We Saw Him.

Screenwriter Henry Gayden joins us to talk about his new movie, Earth To Echo.