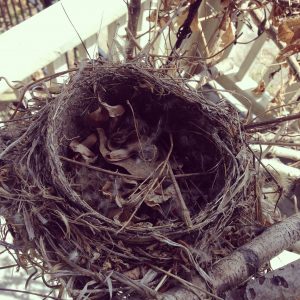 For years I have taught a class entitled Life, Death and Dying. It is listed as a philosophy course and, as a philosopher, I have taught it that way. What this means is that I teach the course as an opportunity to explore logically what we can posit concerning the human condition of mortality. In my opinion, the best kind of philosophy is that which addresses the aspects of our existence so intimate to our condition that we take them for granted. In other words, what we believe. What makes us human, what death consists of, what existence might be available after the death of our organism (body) are subjects that we tend not to examine too closely with our intellect because, frankly, they make us uncomfortable in our human position. Needless to say Life, Death and Dying is one of my favorite courses.

I always begin the course with the question of whether human beings consist of soul and body or whether we are “just” a body, otherwise known as the mind-body problem. I use the quotes around “just” because we typically use “just” in this way to limit or exclude complexity. I want “just” toast for breakfast because I don’t want jam or peanut butter or anything else but toast. However, even for those who believe that we are soul and body, we cannot deny that the human body is an extremely complex organism. Our body engages in processes that can even be considered mysterious, because they are currently beyond our ability to explain them adequately.

Most of my students believe that human beings are comprised of soul and body, with the soul being the essential part of their being. Logically, the soul is a bit problematic. In the first place, we need to attempt to explain how an immaterial, invisible, incorporeal soul might interact with a material, visible, corporeal body. We call this the Casper problem (we deal with a lot of problems in philosophy). If you remember the cartoon Casper the Friendly Ghost, then you’ll remember that Casper was capable of both going through walls and also catching a ball, a set of abilities that seem to be at odds with one another. How can the soul interact with the body? How does the body retain the soul? At what point in our organism’s development is the soul integrated? If the soul is non-organic (doesn’t grow), then where does the soul come from exactly?

The second problem related to the soul is that, because it is immaterial, invisible and incorporeal, it cannot be observed or measured. Now there are invisible phenomena that science has verified: magnetism and radioactivity for instance, both of which were regarded mysterious in their day. The way these powers were first confirmed was through their action or effects. Therefore, in order to confirm the existence of a soul, we would need to ascribe to it some action or effect not already ascribed to the body. The usual arguments are that the soul is responsible for our unique ability to reason or our unique capacity for emotions. Seeming as their are other bodies (both animal and artificial ones) that affect these actions, the argument for the soul along those lines is a bit hard going.

At some point, my students always ask me for my personal perspective on the matter. They want to know the “right” answer, even though I’ve told them numerous times that, in philosophy, any coherent argument is right. To invite them to act as philosophers in their own right, I always decline until after they have submitted their own arguments. 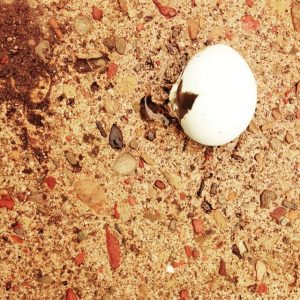 When my father died, my beliefs were rapidly changing. Some might say my faith was faltering or failing. At the beginning of my study of philosophy and theology, I might have said the same. But at a certain point, I had to come to terms with the fact that outlines of my faith would change as a result of my discipline. My relationship with God had always been intellectual, but my faith had become nearly unrecognizable to the girl who spent Sunday mornings in front flannelgraph stories from the Bible. However, I was at peace in my work. But my father’s death, after a long decline, was the first time my new faith had to venture out of the academy and bear the full weight of personal loss.

Driving to meet my mother at the funeral home, I was incredibly angry. Disease had deprived my dad of many of the things I loved best about him. His intellect was diminished by several brutal strokes. His strong body had shrunk to 120 pounds. His leg had been amputated due to gangrene. I had viewed his dead, waxen body still in the hospital bed where I had left him alive only an hour before. Always regarded as the religious one in the family, my mother asked me to bless his body in absence of official clergy.

In the car, the whole death thing just struck me as impossibly stupid. How could a person that I loved so much suddenly cease to exist? What in the world did it mean that he was dead exactly? Where was my dad, if he could be thought to be anywhere at all? What did life amount to if all of a sudden we could vanish from it?

Maybe because I am a woman or maybe because I am a mother or maybe because I grew up in a family that was half Catholic, I have always felt a special relationship with Mary, mother of Jesus. In addition, because of all those episodes of flannelgraph theater, the stories of the Bible have always been incredibly vivid in my imagination. That day in the car, through my hot tears, a picture of Mary intruded into my mind. I pictured her after the death of her son, after it had been discovered that his body was missing. I felt like she shared my anger and confusion. In my mind, I heard her say “I don’t know where my son is either!” And this was a comfort to me. Oddly enough, this religious experience was an opening to a space where I could think about my father’s death as a philosopher and (eventually) regain peace.

After they hand in their essays, I finally tell my students what it is that I think about the mind-body problem. I tell them that I think the question is moot.

I tell them that I think human beings are each unique occurrences. In the kinds of philosophy I study, we call this an “event.” An event is an occurrence that is more than the sum of its parts and in that way, is non-repeatable. In an event, the elements that have come together produce something more than what they were on their own. For example, remember that time you ended up at Denny’s in the middle of the night with people you don’t usually connect with and for whatever reason it was completely AWESOME? The next day you can’t quite describe whatever it was that made it awesome. It wasn’t the food. It wasn’t the company. It wasn’t anything that happened. It just was. That’s an event. If we are “just” bodies, then our personal, unique event comes to an end when our organism dies. If we are body and soul, then the death of our bodies still signals the end of that unique occurrence. We will never again be “more than” the sum of that body and that soul.

If there is an existence for the soul after the organism that we know as our own dies, then I do think that that existence would need to have a physical component. It makes no sense to think that if a soul and body are proper to human existence, then continued existence could be for the soul alone (although, as an aside, for all that my students believe in the body and soul, they do not typically believe in physical resurrection). But my soul will never again be joined to the body that I now know as mine. If there is a soul and it exists after my organism dies and it is joined to a new body, then that event is also new and unique. A new body and what I considers “my” soul would add up to a new “more than” or a new individual. Before you think I’m going to far afield, it is worth noting that Jesus was unrecognizable to his disciples in all the post-resurrection stories. The why of it is never explained by the text. It is left as a mystery.

So I believe that the person who was my father is no more and I equally hold in my heart the hope that he has been made new, although likely unrecognizable to me. For my part, I am challenged to live my life as a singular occurrence, uniquely responsible for extending love and justice to those around me in the time that this body will afford me. But I hold hope in the possibility that, upon the death of this body, I will be made new, although potentially unrecognizable even to myself, and I will have the opportunity to continue in grace and love towards others. World without end. Amen.