It was a Thursday night, and I was watching My So Called Life instead of Friends because that’s what angsty, suburban, Gen X teenagers did in 1994.

In the early 90s we members of the high school set didn’t have much in the way of TV entertainment that represented our lives even remotely realistically, which is to say melodramatically. Until then it was all G.I. Joe PSAs and cheesy After School Specials, but Kurt Cobain put an end to all that by putting an end to his own life.

My So Called Life first aired during the autumn of my senior year. Perhaps you remember Angela Chase—played by Claire Danes—a 15-year-old sophomore at fictional Liberty High School in Three Rivers, Pennsylvania, a fictional suburb of Pittsburgh.

As a resident of a real suburb in Pittsburgh I felt a special connection to those wide-eyed kids floundering about in Three Rivers. I was trying not to fall in love with Claire Danes because all she cared about was stupid Jared Leto and his stupid blue eyes.

Jordan Catalano. Nobody should be allowed to look like that, I thought, feeling much like schmucky Brian who wanted people to like him so much but got terrified every time someone actually wanted to get close to him. Truth told, I kind of mostly had a thing for crazy Rayanne despite her raging drug problem, but I feel like I’m just getting sidetracked and yes I understand television characters aren’t real. 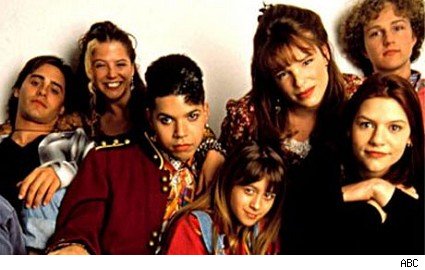 Unlike typical programming up to that point, the kids at Liberty High didn’t fix everything and resolve all their issues by the time the credits rolled. Instead, they lingered on the plains of uncertainty set between the twin peaks of occasional joy and devastation.

Disaster and devastation are exactly what happened on September 8, 1994. That’s the night when a local newscaster interrupted My So Called Life to say a plane had crashed just outside Pittsburgh, only fifteen minutes from my house.

As a child of the 1980s I had watched the space shuttle Challenger explode. I understood that people did not survive exploding aircraft, but these were regular folks just trying to get somewhere. How many of them were Pittsburghers? Did I know any of them?

To this day, I don’t remember if ABC returned us to our regularly scheduled programming of Jared Leto’s stupid, perfect face, but I knew many people would never go back to anything normal again. I distinctly remember thinking about how the characters in my show didn’t even know about the plane crash only a few miles from their teenage drama.

My break between fantasy and reality stretched and severed something in my brain as I realized in a significant way for the first time how miniscule most of my emotional distresses were in the larger human experience. Sure, I was sheltered in my tiny, private school world, but we were all a bit sheltered before things like the internet and 9/11 changed everything. US Air Flight 427 came as quite a reality check for me, smack dab in the middle of such riveting fiction. Really bad things could happen, and close to home.

Over the ensuing days, I sat at Coslow’s Pizza where we always sat after school to eat and play Street Fighter II. Surrounded by smells of baking cheese and burning cigarettes, we spent the second half of our weeks planning upcoming weekend delinquency and the first half of the week lying about how delinquent we had really gotten the previous Friday night. 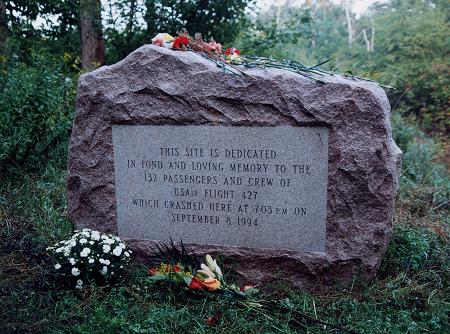 But in those days after the crash, I watched the pizza shop TV while my friends nailed combos with Ryu and Chun-Li. Names of victims scrolled across the screen. I was riveted, lost in thought about all those families and how God might feel about it all. My own confusion was matched by talking heads all across the airwaves. Eyewitnesses abounded. Surviving family members of the victims were angry. What caused the crash anyway? Some thought maybe a flock of birds had flown into the engine. The energy of hate and bitter blame got stronger each day, as if no one could ever pay enough for what had happened.

The owner of Coslow’s, Terry, stepped from behind the counter to take another drag from his perpetually burning cig over by the TV, the quiet end of the place opposite the arcade games. Terry had no clue about how girls like Angela Chase didn’t even know I existed, and I had no clue about the stresses of bills and business. But on that day we found ground as common as the field upon which the crash wreckage had been strewn.

He considered me, and for the first time I could remember we had an actual conversation. Connecting over terrible tragedy, I suddenly fit in his head space. I made sense in the world of adults.

I don’t remember what we talked about, only that we did. It must have been the most ordinary rite-of-passage ever. Adulthood never seemed more terrifying as I realized you can’t just live in a world of fantasy and made up stories all the time. Not that my family ever shied away from realism, but it was my senior year after all. I was about to exit that most realistic of fake worlds known to teens—high school.

My So Called Life got cancelled. And after only one season which of course ended in cliffhanger fashion. Turns out that Friends show was a dominator. Fans raged. An online fan campaign attempt to save the show was, according to the New Yorker, the first such effort on behalf of television in the history of the World Wide Web. But the effort failed.

Like Cobain, the show died young, and we never got our answers to what happened in Three Rivers. How postmodern. Unfinished, like a teenager’s identity. Unresolved, like the crash of Flight 427.

More time passed. I tried to grow up even more as my university years began. The internet continued to change humanity. Entire new networks like the WB and UPN emerged to fill the programming void for teenaged audiences left by MSCL‘s sudden disappearance. Cable channels catering to teenage viewers rose to power over the next twenty years. Breaking news stories of tragedy and devastation don’t even interrupt people watching those outlets.

While anxious students railed against ABC for cancelling their show, angry family members of crash victims railed against the National Transportation Safety Board to find the cause of the accident.

Investigators did eventually uncover the cause of the crash. In the longest investigation in the history of the NTSB—about the same length of time it took me to get an undergraduate degree—the board determined the source to be a malfunctioning rudder. Specifically, a defective valve killed eleven dozen people. 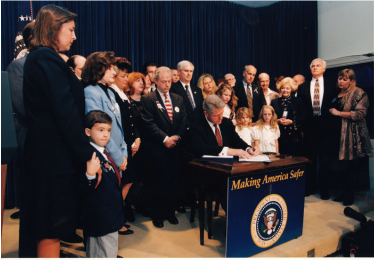 The families affected by the crash of Flight 427 went to work trying to give meaning to tragedy. They lobbied for major federal legislation changes, and President Bill Clinton signed a new law in 1996.

The Aviation Disaster Family Assistance Act changed the way families of crash victims are treated by airlines and public officials. Ongoing briefings and counseling are mandated for those affected by transportation disasters. Something positive given life by horrific death.

Just as an entire generation has been impacted by what we learned through one of the deadliest plane crashes in history, so too did our entertainment compass get reset after My So Called Life crashed and burned.

More than just teen programming, the family drama would never be the same. Many modern TV writers were influenced by the way MSCL handled family dysfunction and adolescence. On many levels, such fiction became more realistic.

Culture is a deeply personal thing shared with millions of others. Cultural shifts are often like aviation disasters: Unpredictable and utterly impactful. In the same way, we usually don’t know when our entire existence, our identity, is about to be redefined.

The original title for My So Called Life was supposed to be Someone Like Me. The kids at Liberty High were like me, but so were the people on that ill-fated airliner. Whatever their plans, whether coming home to Pittsburgh or just passing through from Chicago on their way to Tampa, they all perished.

All stories, false or true, are more than just windows through which we can view others. Stories are also potential mirrors reflecting back images of who we think we are and long to be. Most of us don’t know when our story will end. The best we can do is to try to be prepared, to lead lives of love, to recognize those things that matter most. Nobody wants their so-called life to end up unresolved.