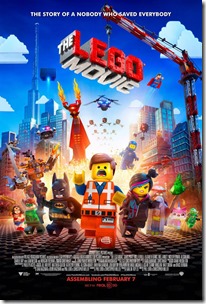 After toy-marketing abominations like the Transformers franchise and Battleship, we could be forgiven for our skepticism that the LEGO movie would be good. (That is, of course, unless you’ve played the excellent LEGO video games).

Far from a derivative, cheap money-grab, the LEGO film is a smart, funny and subversive film that explores both the beautiful and terrible uses of power.

The film’s first act seems to be a Shrek-esque sendup of pop culture. The clear villain – Lord Business – maintains order in his LEGO kingdom essentially through pop culture. The mindless sitcoms, inane pop music and conformity-inducing corporate white noise (will Starbucks jokes ever get old?) ensure that everyone is the same, that everyone follows the instructions.

“The Instructions” are the LEGO film’s primary vehicle for discussing control, creativity and power. Surprisingly, this is somehow an incisive critique of LEGOs themselves – when I was a kid, LEGOS came in massive containers and you just sort of built whatever you want. Today, you buy LEGOS (from the LEGO store, of course) in packs that come with clear instructions and pictures on the box. 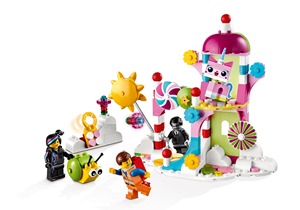 In the film, the free play of LEGOS has also been turned into a conformist, instructions-following world. We get hints that once-up-a-time, Master Builders (those who build without instructions) were free to construct all sorts of crazy stuff. But creativity has been outlawed by Lord Business (I know, subtle, right?). Now, everyone must follow the instructions.

Instructions are bad. They stifle creativity. But LEGO’s message isn’t that simple.

The second act ends when the heroes build a submarine to escape from Bad Cop and Lord Business’ army. But the Master Builders have no plan, so their creation falls apart – literally. As Emmitt laments mid-submersion, “This doesn’t really look… like… anything.”

As we grow up, we learn the instructions that makes this creativity meaningful. But we also allow the structure to squelch that creativity.

The not-at-all-subtle religious language of the film works because this is a basic human issue. The “Man Upstairs” turns out to be not just a father-figure, but an actual father. And we find that he loves to build with LEGOS. He has constructed the whole LEGO universe, carefully crafted according to instructions and then glued into place.

His son – the person in whose imagination the whole film takes place – has been banned from the basement, consigned to a small pile of LEGOs off in the corner. Though his dad is first angry when he comes home to find Finn playing with his “adult toys”, he soon marvels at the wondrous creations his son has built.

Father sees that his beautiful, carefully ordered creation has encouraged his son to follow in his footsteps, to express his own creativity in new, exciting ways.

Form enables function. Structure births creativity. This is the biblical picture of creation.

Many have a picture of God that looks disturbingly like the Man Upstairs: a rule-following tyrant who insists always and only on his way. A creator who built this world and must have everything “just so”. But nothing could be further from the God we’re introduced to in the opening chapters of Genesis (and in the person of Jesus). The God of the Bible is a god who forms the formless and fills the void. God creates structure and shape, then invites humanity into it. In the first creation story, we’re charged to “be fruitful and multiply”. In the second, we’re told to “tend and keep” the garden in which we’re placed, the garden planted by God.

God’s structure is a platform on which we can build previously unimaginable marvels. Human creativity is a fundamentally good energy, a clear sign we bear the image of that God. We need instructions, we need structure. But only so our creativity can flourish. God’s way isn’t meant to oppress, but to liberate. And God truly marvels at our creations, delights in his children as they follow their father’s lead.

For a great exploration of the relationship among power, creativity and structure, check out Andy Crouch’s Playing God. The LEGO movie is basically this book made out of LEGOS.

BOTTOM LINE: The LEGO Movie is a smart, hilarious and subversive film that’s a whole lot of fun and leaves you thinking. The best “kids” movie in a while.

YOUR TURN: What did you think of the LEGO film? Do you follow the instructions?