The Pure trilogy by Julianna Baggott is hands down the best post-apocalyptic/dystopian YA trilogy on the market right now. Yes, The Hunger Games was good. So was the Divergent series (I liked Allegiant; sorry to the haters). But the world of Pure is more fully-realized and thematically complex.

In the world of Pure, author Julianna Baggott asks what survives the end of the world. The finale, Burn, gives us her answers.

In the first two books – Pure and Fuse, we are introduced to the Dome, a hermetically-sealed, artificially pure environment protected from the genetic bombs by the same religious extremist who detonated them. The Dome-dwellers have justified their separation from the outside world with heavy religious language:

We’re Pure,” an older woman says, clutching a crocheted pocketbook to her chest. “That’s the truth. We are Pure. We deserve what we have.” The woman with the baby says, “God loves us. That’s why we’re here.”

But in Burn, we learn the truth: the Dome-dwellers’ isolation has made them wholly unfit for life outside the Dome. Their bodies (and, as it turns out, their souls) can’t survive in the outside world. 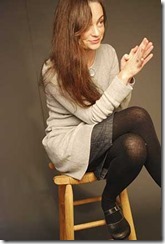 Baggott’s world ought to be a warning for those of us who consider ourselves religious: isolation from the world only leads to damnation.

Many within the Church would fit in well in the Dome. We pretend our religious communities are a sin-free environment, as though we can somehow emulate idyllic Eden before the Fall. While the larger world around us goes to Hell, we wait patiently, safe inside, insulated from harm and evil, until the world is remade.

But as Jesus repeatedly warned the religious of his day, religion was never meant to isolate us from the world. God created the world and loves the world and is at work in the world right now to rescue, reconcile and reclaim it. God’s people shouldn’t be shut away behind closed doors, isolated from the world around us.

I understand the impulse: the world can seem dangerous and evil. But hiding won’t change the evil out there or the evil within us.

I’ve been a part of several religious traditions that prefer hiding to engagement. I’ve been told over and over not to watch rated-R movies, not to listen to secular music. Not to go to bars. You get the idea. The thinking was that somehow by allowing “the world” to contaminate us, the people of God would become corrupted.

But like a stagnant pond, if we isolate ourselves, we become incapable of surviving in the world the way it is. And worse, we cut ourselves off from where God is working. For God is not inside the Dome. God is out, in his world, among his children. 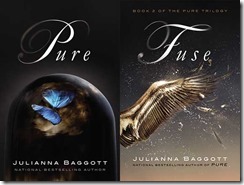 The only hope we have is to leave our Dome, to go back into the world we never truly left, to embrace those outside and to search together for healing.

This is what Baggott shows us beautifully in the Pure trilogy: the Dome is not life, but death. Beauty and truth and life are found in the midst of the wreckage.

“I was good,” Helmud says, as if that sums it up. Once, long ago, before the Detonations, they were all good.

Baggott’s audacious ending will no doubt be controversial. Many will clamor for resolution that’s just not there.

But the world of Pure began with a promise:

And so Burn ends with the fulfillment of that promise: the Dome comes down and the survivors make their way, in peace, out into the broken world. Their religious illusions have been shattered and they are left only with the truth in all its painful glory.

What survives the End of the World? Love. Humanity. God. Courage. Peace. Truth. And Hope. We can’t go back to Eden, no matter how much we might pretend otherwise. We can only press forward toward the New Jerusalem.

Bottom Line: Burn is an outstanding, life-affirming conclusion to a top-notch trilogy that is profoundly human.

YOUR TURN: What did you think of Burn? Was it a satisfying conclusion to the Pure trilogy?