Reeling and reveling as I woke up this morning. Reeling from the tragic events out of Orlando. Jim Gaffigan summed up some of my feelings:

Another embarrassing day to be a human. My thoughts and prayers are with #orlando, the #LGBT community and sane people everywhere.

Reveling in the victory of my hockey team, the Pittsburgh Penguins, who won the toughest tournament of them all in the greatest sport ever to win the coolest trophy in existence. I hate parades, until they are for championship Pittsburgh teams.

Added treat yesterday too, as I was able to catch my favorite movie ever in a packed theater for the second time. Indiana Jones has long been formative in my life, and seeing Raiders of the Lost Ark never gets old.

So what else has been good lately? Here are three things. Consider it Clay’s Week In Culture. CWIC Picks 🙂

Great balls of Beelzebub guys. The Conjuring 2 is one of the scariest movies I have ever seen.

The Conjuring (2013) retold a famous tale of Ed and Lorraine Warren who became famous in the 1970s for their run-ins with evil, paranormal happenings. The Amityville exploits of the Lutz family are probably the most famous encounter of the Warrens. Maybe not anymore.

The Conjuring 2 revisits a story of the Warrens based on true events in Enfield, England in 1977. This film is masterful. Well told. Visually astounding. Long takes so suspenseful and haunting your breath will halt. Can’t wait to see it again.

Listen to my friends talk about this terrific horror franchise on their excellent Don’t Split Up Podcast.

The legacy of John Stewart’s Daily Show lives on through John Oliver’s Last Week Tonight show on HBO. What a research team. 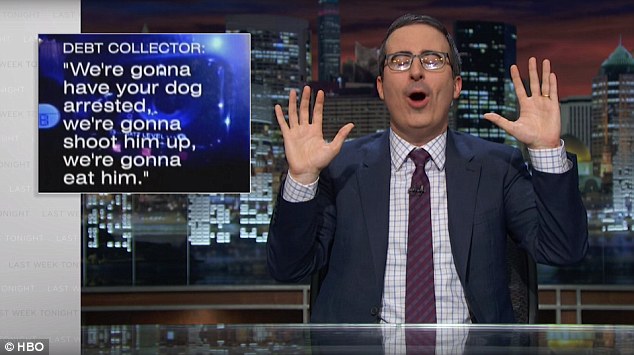 In their recent episode on debt, the show put together one of the best combos of investigative journalism and satirical entertainment I have ever seen.

Check out the full video here.

Not only did the world lose Muhammad Ali last week, but another sports legend died.

Gordie Howe is considered by some the greatest hockey player of all-time. He was certainly the prototype of what a hockey player should look like. More than being an amazing athlete, he was widely regarded as a good person who left decades of kind and meaningful encounters in his wake.

So those are my picks for the week.