I distinctly remember my aunt waking me up on Sunday morning, February 11th, 1990. Typically, the first words I would’ve heard as I roused from sleep in those days was something like “Wake up Clay, it’s time to get ready for church.”

Instead I awoke to my aunt saying, “Hey Clay, somebody knocked out Tyson!”

Now, I may have been heading to a place where miraculous feats from guys like Samson, Daniel, and Paul were oft repeated, but WHO IN THE WORLD COULD BEAT MIKE TYSON IN 1990?!

Many of you probably know that it was Buster Douglas. In Tokyo. With the left hook. 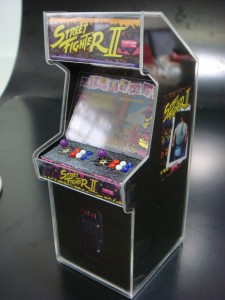 You had to be there to know how unbeatable the guy seemed. Mike Tyson was boxing’s blitzkrieg, all power and speed. It was like watching Marvel’s Iron Man take on Uncle Vernon from Harry Potter. Of course, Iron Mike was fast moving towards mental instability too, but there was a time he was just a prodigious, young athlete.

Know what else we did back in the early 1990s? Went to pizza shops and played Street Fighter, especially Street Fighter II. Common conversation while standing around the game.

ANY GUY IN AMERICA: So, would you get in the ring with Mike Tyson for a million dollars?

ANY OTHER GUY IN AMERICA: He would knock me out instantly. Do I survive?

AOGIA: I don’t know. I mean, I’d have a million dollars but what’s scarier than getting punched in the face by Mike Tyson? I’d rather not die.

I bring all this up because someone took a bunch of Tyson highlights and added Street Fighter sound effects. And it’s awesome.

So, would any of you go against that for a million dollars?