Two films released this weekend I’d been looking forward to for quite some time: Scott Derrickson’s latest horror flick DELIVER US FROM EVIL and found-footage family film EARTH TO ECHO, written by Henry Gayden (whom we interviewed on StoryMen!). I thoroughly enjoyed both films, and have been shocked by the critical response to both films. EVIL is sitting at a 32% on RottenTomatoes, while ECHO is at 51% – both considered “rotten” by the site’s rating criterion. (For those who don’ t know, RottenTomatoes aggregates all critical reviews of a film. The percentage is how many critics give the film a positive review. Any film that rates higher than 60% is considered “fresh”.)

The same critique is leveled against both DELIVER US FROM EVIL and EARTH TO ECHO: that they are derivative, adding nothing to their genres. But is that a fair criticism?

It’s easy to see what those critics who dislike the films mean. EVIL is a possession movie that features an unbelieving protagonist who gradually comes to believe under the tutelage of a priest. Before he can confront the evil, he must face his own inner demons.

ECHO is being described as ET meets THE GOONIES meets SUPER-8, and that description is fair enough (though as Gayden has pointed out, SUPER-8 isn’t wholly a kids film). In ECHO, kids try to save their neighborhood from destruction and find an alien who’s trying to get home.

We’ve seen all of this stuff before. But just because a story is familiar, it’s not necessarily wholly derivative. A well-told story is enjoyable, whether you’ve heard it before or not. 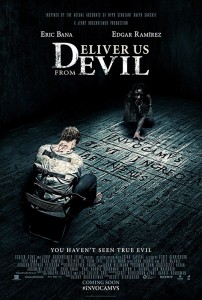 EVIL features some truly excellent scares. It’s got tons of creepy atmosphere, and the two leads – Eric Bana as detective Ralph Sarchie and Edgar Ramierz as the Jesuit priest Mendoza – have fantastic chemistry that makes every exchange riveting. I’m still thinking about several scenes in the film, and not all of them are the scary ones. Plus, that exorcism scene… well. No spoilers, but make sure you don’t drink too much liquid before you see it.

ECHO is a great family film. The kids are kids – the film expertly captures that deeply kiddish conviction that all adults are hiding something (that wasn’t just me, right?). The film’s organic use of found-footage belongs in that rare category of films that do this well (alongside such notables as Chronicle and some segments of the V/H/S series). I haven’t seen a film that so expertly captures how effortlessly the kids of today share their stories on social media as ECHO does. And the friendships that form the emotional core of the film just flat out work. The kids are likable and fun, and the child actors do a great job.

Most telling is how the audiences responded: in EVIL, people were scared. In ECHO, my theater was filled with laughter and cheers.

In other words, both of these films worked. Thanks to great acting, deft directing and solid, clear writing these movies each wrap their audiences up in solid stories. 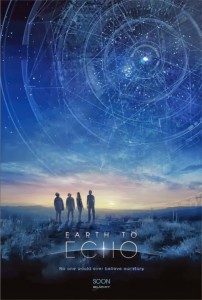 With summer films like Amazing Spider-Man 2 and Transformers: Age of Extinction that dazzle us with visuals but leave us with spotty plots (or, in poor Optimus Prime’s case, stories that don’t live in the same universe as the concept of coherence), EVIL and ECHO are welcome change of pace. They aren’t necessarily trying to tell us a brand new story. They’re trying to tell us a good story, one that gets to who we are. They ask us questions about faith and the nature of good and evil, or invite us to reflect on friendship and growing up.

Ultimately, both films are good and satisfying. They each tell a good story. And if they’re not wholly original, well no story is (there’re only seven stories, after all!). Scott Derrickson, who directed DELIVER US FROM EVIL, summed it up well on Twitter over the weekend (no doubt responding to this same criticism):

A good movie doesn’t have to reinvent the wheel, but it does have to roll it well.

If you’re looking for a fantastic scary movie that’ll leave you equal parts creeped out and provoked to reflect, you could do a lot worse than DELIVER US FROM EVIL. And if you want a great family film that echoes the best films of your childhood (and maybe captures the imaginations of your own kids), go see EARTH TO ECHO. Neither film reinvents the wheel, but they do roll it oh-so-well.

BOTTOM LINE: That neither DELIVER US FROM EVIL nor EARTH TO ECHO pushes the envelope in their respective genres shouldn’t be counted as a detriment to either film. Both are well-told stories conveyed by talented directors and great actors.

YOUR TURN: What did you think of the two films? Do you think a film has to be original to be good?