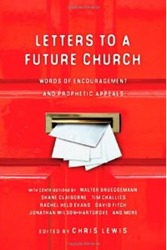 Sometime at the end of the first century, a Christian prophet named John, who lived in the Roman province of Asia (modern-day Turkey) was exiled to a nasty little rock of an island called Patmos. Despite his exile, John continued to worship with his larger Church community on the Lord’s Day (Sunday). One of these Sundays, John received a series of visions that became our book of Revelation. John’s Revelation begins with Jesus dictating messages to the seven churches in Asia.

John’s experience begs an interesting question: What might an eighth letter to the Church of North America say?

This is the question a group of Canadian believers posed to Christians all over North America. The responses they received became first the "Eighth Letter" conference and now this book, Letters to a Future Church. This is a collection of love letters written to the North American Church from a spectrum of North American Christians. 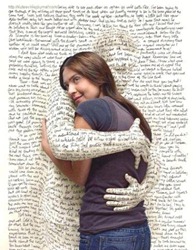 As you might expect from such a variety of worshippers, the letters range in style, content and quality. Some short, clear and poignant, like Rachel Held Evans‘ plea for bigger banquet tables. Some demand to be read a few times through and digested slowly, like Walter Brueggemann and Shane Claiborne’s contributions.

The topics range, though a few themes emerge over and over: a call for unity instead of fighting, true community instead of paternalistic aid, and a vision for the Church to return to the forefront of culture.

Not all of the letters are excellent. But this only lends credibility to the project – the book embraces an actually diverse cultural and theological church.

I found some of the letters pretentious. Some I don’t want to read again because they were too challenging. One in particular, by Tim Challies, I found enraging – a typical reductionist presentation of the Gospel filled with the usual theological pitfalls that tend to arise from the New Calvinist camp of which Challies is a part.

But by the end of the book, it’s clear this is a good, accurate picture of the North American Church. And while daring to walk in the shoes of John the Revelator is a daunting task – one most of the authors approached with appropriate humility and self-awareness, if we listen closely, what the Spirit is saying to the Church in North America comes through loud and clear.

Like all true love letters, these letters not only encourage, they admonish and exhort.

Consider some of these personal favorites from various letters in the book:

You must abandon your pursuit  of paradise if you are ever to see the kingdom of heaven… For your Savior was never a Puritan. Abandon your purified, sterile churches. Nothing can live in a sterilized environment. Come join God in the dirt. — Kester Brewin

In the last century the American Dream has been transposed into an unbridled pursuit of power as empire  and into an insatiable hunger for more commodities in pursuit of an extravagant "good life" …The outcome is a projection of hubris, arrogance and self-serving power that is, on the face of it, contradictory  to a gospel way of life.  — Walter Brueggemann

The sin of abstraction refers to the act of blaming of an individual  part without taking into consideration the wider context they were immersed in. — Peter Rollins

Artists have insight into the invisible qualities of reality, but you have forced them to serve only the visible, the utilitarian and the pragmatic. — Makoto Fujimura

Jesus used all this delicious imagery because he knew that there is a difference between feeding people and dining with people. — Rachel Held Evans

We complain we aren’t being fed when we get solid biblical teaching in many ways each week. The problem isn’t so much that we aren’t being fed; it’s that we’re not working off those calories! We’re not actually exercising our faith … just running our mouths. — Cyril Guerette

Never set limits on where God is at work. Yes, the church is God’s primary instrument for the kingdom, but this doesn’t mean God is not at work in others. We should be the best collaborators  in the world. — Shane Claiborne

Bottom Line: A short, easy read that will challenge and inspire you. Let all with ears hear what the Spirit says to the Church!

YOUR TURN: If you could write a letter to the Church, what would you say?