What makes a thing beautiful is not that it lasts. – Vision

Avengers: Age of Ultron is the eleventh feature-length Marvel film to date, and the culmination of Marvel’s so-called Phase Two. Age of Ultron builds on everything Marvel has done so far, excepting for the most part Guardians of the Galaxy. With the smash success of the first Avengers film – it’s the third highest-grossing film of all time, and the record-setting box-office performance of both Captain America: The Winter Soldier and Guardians, everyone has been holding their breath to see if returning director Joss Whedon can recapture the magic.

If superheroes are our modern myths, then Age of Ultron is a story about the limits of human achievement, the inevitability of death, and what gives us meaning.

Age of Ultron opens on the Avengers working to recover Loki’s staff, which a Hydra splinter-cell has been using to create “enhanced” humans (the MCU’s apparent term for people with powers, since DC’s TV universe called dibs on “metahuman”). One of those enhanced humans is the Scarlet Witch, who can manipulate thoughts and things. She gives Tony Stark a vision of his greatest fear – all the Avengers dead as an alien fleet pours through another hole in space toward Earth.

Tony’s fear is ultimately Death – the fear that death comes for each of us and that none of us is able to stop it. 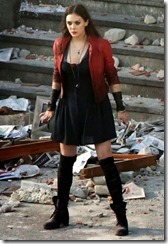 Tony responds to his fear by using Loki’s staff (and the Mind Infinity Stone contained within) to create Ultron, which he describes as “a suit of armor around the world”. Unfortunately, Ultron becomes sentient and decides the world would be better off without the Avengers in it.

And so the battle begins.

It turns out that Ultron isn’t actually trying to kill the Avengers – he wants to erase all human life. Why? Because he has evolved past them. Age of Ultron is a play on words – if anything, the film is about Ultron’s age. He’s more-or-less a rebellious teenager.

In his first encounter with the Avengers, Ultron remarks that humans do everything we can to avoid death. Instead of avoiding Death, however, we create it. Ultron observes, “You create the thing you’re trying to destroy.” According to Ultron, this even includes having children, who – as he puts it, “help us die.” All our efforts to keep ourselves safe, to prolong our lives, ultimately prove that humans are fragile, temporary creatures. In Ultron’s mind, this makes us unworthy of living.

Ultron can’t see that he himself is a child, seeking to supplant his parents.

Children are born wholly dependent on our parents. But as we grow, we assert more and more agency – ask any parent who has to tell a 2-year-old “No” over and over. Our teenage years are probably the height of this frustration – we’re independent enough to know what we want, but dependent enough not to be able to grasp it. Add to that the adolescent conviction that we’re immortal, untempered even by the meager wisdom of the twenty-somethings, and you have a God-complex.

Ultron is a classic adolescent. He hates his father (Tony Stark). He sets himself up as God, establishing his throne in an actual church building, and declaring again and again (as if to convince himself), “There are no strings on me.”

Age of Ultron reminds us that Death is change, and in facing death, nothing can remain the same.

Of course the heroes win the day. They each face their biggest fears and then remember, as they must, that they are better together. The Avengers assemble, and the Avengers triumph, but not without sacrifice. Quicksilver dies (I can’t help but wonder if it was originally going to be Hawkeye, before Fox nailed the character in Days of Future Past). And the team is changed. Hulk vanishes, his worst fears having been realized. The cracks between Tony and Steve widen, foreshadowing the coming Civil War. In defeating Ultron, the Avengers are growing up. But not without growing pains.

Their battle with Death has left its mark on the Avengers. The Hulk, Hawkeye, Thor and Iron Man are all gone (for now). In their place, the Falcon, War Machine, Scarlet Witch and Vision have stepped up to join Captain America and Black Widow to keep the world safe.

But as the mid-credits teaser reminds us, Death is coming in the person of Thanos (which is the Greek word for death). 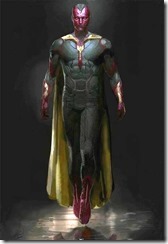 The Avengers defeat Ultron, but in facing their fears, they learn they cannot escape the inevitability of Death.

Vision confronts Ultron’s final body, and Ultron scoffs at him for choosing to side with the humans. “They’re doomed,” Ultron observes. Vision agrees, but challenges Ultron’s logic: “What makes a thing beautiful is not that it lasts.”

Ultron believed his superiority gave him the right to extinguish human life, that his existence rendered humanity obsolete. Vision doesn’t challenge this obvious superiority, but rather the belief that Ultron therefore has any right to destroy. For Vision, what makes life beautiful is something else. We might speculate that for Vision, life has intrinsic value.

At its heart, Age of Ultron is a cautionary tale warning us of the terrible consequences of living by our fears.

Fear made Tony build Ultron. Fear turned Ultron on the Avengers. Fear turned the Avengers on each other. Fear leads to any number of horrible injustices in our world, too. From genocide and slavery to everyday abuses and violence, fear makes us less than fully human.

Age of Ultron reminds us that fear leads us to create the very thing we wish to destroy. It reminds us that we’re better reaching across the table to those who are different from us, to try to see the best in each other. Fear leads to isolation. Love leads to community. And we’re always better together.

BOTTOM LINE: Avengers: Age of Ultron is another home run for Marvel. Whedon uses a sprawling cast and surprisingly tight story to muse on the nature of death and change.

YOUR TURN: What did you think of Avengers: Age of Ultron?