I woke this morning to an internet all atwitter with Warner Brothers’ latest announcement: Ben Affleck will play Batman in the still-untitled Man of Steel sequel everyone’s still just calling Batman vs. Superman. The general consensus is that somehow Affleck will ruin this film, and I don’t understand it. Batman vs. Superman might end up terrible, but if it does, it won’t be Affleck’s fault. If anything, Affleck will raise the quality of the film overall. Here’re 5 reasons you shouldn’t freak out that the next Batman will be Bat-fleck.

1. Hating Ben Affleck at this point is irrational.

I can understand why people used to hate Affleck. I never did. I’ve loved him ever since he worked at Fashionable Male in MallRats. He plays the terrible frat-guy really well, but I never thought that’s who he really was. And everything I’d ever heard about him agreed: according to people who knew him, he was actually a really nice, cool guy.

Beyond that, he’s obviously an incredibly talented filmmaker. Good Will Hunting, which he cowrote with Matt Damon, was phenomenal. And while he had a few rough years (we’ll refer to as the Gili/Payback era), he’s unquestionably emerged as one of the great new filmmakers. His directorial debut, Gone Baby Gone, is one of my top-5 films of all time. The Town was a great, solid crime flick, and Argo won Best Picture last year largely because (probably) everyone felt guilty for slighting Affleck for his well-deserved Best Director nomination. 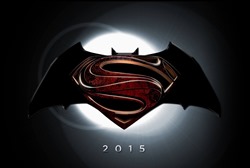 Back in the 1980s, when WB announced a guy named Michael Keaton was donning the cowl, people freaked out. And then Keaton was amazing. More recently, when they announced Heath Ledger would play the Joker, everyone freaked out again. And when Anne Hathaway was going to be Catwoman. And in every case, those actors inhabited those roles and made them something really special. And how great was Henry Cavill as Superman? (Not a rhetorical question: the answer is SO GREAT!)

Or consider a flop like Green Lantern: casting wasn’t that film’s problem at all. Ryan Reynolds’ on-screen personal practically is Hal Jordan. Given a script that even vaguely resembled an actual Hal Jordan-Green Lantern story, he could’ve been great.

The moral? When it comes to casting, WB has earned my trust. They deserve yours too.

3. Bale was never going to be Batman again.

“But why didn’t they just bring Christian Bale back?” many are asking. Never going to happen, and shouldn’t happen. Bale was Batman in Christopher Nolan’s Bat-trilogy. And that’s the point: it was a trilogy. A self-contained story. Bat-Bale’s story ended. He’s not Batman anymore. To bring him back and put him in the cowl with Joseph Gordon-Levitt as Robin would completely undermine the whole point of Nolan’s trilogy.

More importantly, we need a new Batman. Listen: I loved that trilogy. Like loved it so hard. But Nolan’s Batman is not the Batman of the comics. He kills Two-Face at the end of The Dark Knight, and by The Dark Knight Rises, he’s mowing down Bane’s army, giving a little lip-service to “no guns”. This is not Batman. On top of that, Nolan’s Batman quits. And the first rule of Batman is either Batman never kills and Batman never quits.

Yes, both of those rules are first.

Given the wholly un-super ending of Man of Steel, it’s safe to assume the Batman who will be vs. Superman will have a strict no-killing rule, which is what will pit him against Superman.

Bottom Line: A new Batman respects the integrity of Nolan’s trilogy and is good news for a new story.

4. Ben Affleck can play both Bruce and Batman.

The most challenging aspect of casting Batman is finding an actor who can convincingly play both Bruce Wayne, billionaire playboy and the Dark Knight. Keaton and Bale were killer under the cowl, but their Bruces were pretty weak. Clooney (who to my knowledge never played Batman ever. EVER.) was a great Bruce, but was hampered under his cowl by Bat-nipples, Bat-skates, a Bat-credit-card, etc. Kilmer was actually pretty good as both.

Affleck can definitely pull off Bruce Wayne, billionaire tomcat. And I’m pretty confident he’ll be great under the mask as well. I’d like nothing more than for Affleck’s Batman to become the new gold standard, much the way Ledger’s Joker has.

The Deal: Affleck is a good casting choice for Bruce and Batman.

5. If Batman vs. Superman is bad, Affleck won’t be to blame. 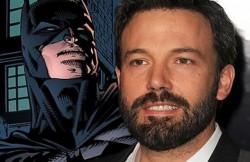 What worries most is Affleck’s turn as Daredevil in that abomination that falls just short of Batman and Robin as the film that nearly killed Superhero flicks. But much like Green Lantern, what was wrong with Daredevil wasn’t the casting. Affleck should’ve been a great  Matt Murdock. But silly villains and a worse script crippled that film before it even got going.

Finally, don’t forget Affleck is a stellar filmmaker. We have no idea how open director Zach Snyder will be to his input (though he is already working closely with Chris Noland), but we can hope that Snyder will let Affleck into his directors’ circle. Any behind-camera influence Affleck can exert on Batman vs. Superman will only make it better.

Bottom Line: Batman vs. Superman might flop, but it won’t be Ben Affleck’s fault.

YOUR TURN: What do you think of the news? Are you an Affleck fan or not?