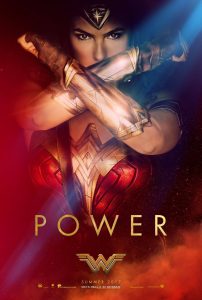 I’ve made no secret of the fact that I hate the recent incarnation of DC Comics’ cinematic universe (the one that began with Man of Steel, and including Batman v Superman and Suicide Squad). Way back when Man of Steel came out, we interviewed Mark Waid – an all-star comics writer who’s created some of the most iconic Superman stories of all time. Like us, he hated Man of Steel. In explaining why, he said,

Mark’s comment cuts to the heart of the difference between Marvel and DC characters. DC was first. Superman debuted in 1938, Batman a year later in 1939. Wonder Woman followed in 1941, and these three characters are still known today as DC’s Trinity.

Stan Lee didn’t begin to create what would become Marvel’s House of Ideas until two full decades later: he and Jack Kirby created the Fantastic Four in 1961. Lee and Kirby designed their heroes from the beginning to be flawed and relatable – the 4 were a dysfunctional family. Spider-man was an angsty teenager. The X-Men were another dysfunctional family who were also social outcasts. Iron Man was an alcoholic. Even Captain America, the most wholesome of the bunch, was a man out of time.

Marvel’s heroes were a direct response to the mythic icons of the DC pantheon.

But of course the movies changed everything. Because Marvel cranked out hit after hit; relatable, flawed hero after relatable, flawed hero. (And yes, Nolan’s very flawed Dark Knight trilogy was a massive success while the Green Lantern film – an exercise in missing the point of a character – flopped hard).

So Warner Brothers tapped Zach Snyder, who was on record with a less-than-inspiring grasp of what makes heroes heroic. And we got two Superman movies where he murders people and can’t decide whether humanity is worth saving or not. He’s not inspiring at all. He’s relatable.

DC tried to make Marvel movies. They told grounded stories with mythic characters. And they were terrible.

Wonder Woman fixed all that. She’s mythic – literally. And she’s someone who’s better than us in every way. 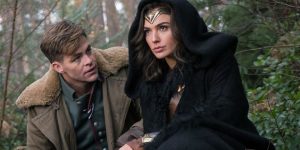 Again and again, Diana proves she’s not just stronger and more capable. She’s kinder, more optimistic and hopeful. And her actions inspire everyone around her to be the best versions of themselves. She leaves an island of perfection to step into a world on the brink of chaos and she drags humanity back into the light not by punching us but by loving us.

This is the hero we need right now. The hero who reminds us we’re more than the darkness inside us. More than our base instincts. We need someone who’s better than us who descends without condescending. And that’s what we get.

Some other thoughts on why it works so well:

Bottom Line: This is easily the best DC film since The Dark Knight. It’s one of the great superhero films of all time.

Your Turn: What did you think of Wonder Woman?