Clint Eastwood’s American Sniper, the biopic based on the military career of Navy SEAL Chris Kyle, was released on video this week [May 19]. Warner Brothers plans to use the proceeds to donate up to $1 million to the Wounded Warrior Project.

Some of you are just about ready to order your very own copy right now. But wait: Before you click away, you should know that we’ve got a shiny new BluRay of American Sniper here at NorvilleRogers headquarters, and it could be yours! After all, I don’t think JR. Forasteros wants it.

Few movies have proved to be quite as divisive as Sniper—reflecting, I think, the controversial war in which the drama is set. For a movie that scored six Oscar noms and earned nearly $350 million at the box office (making it 2014’s biggest money maker), a whole lot of folks seemed to dislike Eastwood’s drama. Kyle might’ve been great with a gun and all, these critics contend, but that doesn’t necessarily make him a hero.

I agree. Sort of. I talk about Kyle’s heroism at Patheos. But whether Kyle’s a hero in your eyes or no, I think the film itself is quite good. If you want your very own copy of American Sniper, here’s what you’ll have to do in the comments section below: Tell us who your favorite movie hero is. Batman? Luke Skywalker? Dirty Harry? C’mon, don’t be shy: We won’t judge. (Much.) We’ll pick one of you lucky respondents at random and send American Sniper right to your door.

Earn up to 6 chances to win in the Rafflecopter giveaway below and Good Luck! 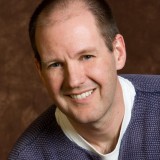 Paul Asay is the author of God on the Streets of Gotham and creator of the Watching God Blog at Patheos. His latest book Burning Bush 2.0: How Pop Culture Replaced the Prophet examines some of the ways God communicates with us through entertainment media.