Is Under the Dome the best bad show on TV or the worst entertaining one?

Despite mixed to negative reviews, the show continues to win summer ratings. Ten million viewers watched the first episode of this new season (penned by Stephen King who also has a cameo). Even though that was a 33% decline from last summer, UTD still beat out 24. But the numbers keep dropping.

I don’t know if I’ve ever watched so far into a TV series without being able to decide if I think it’s pretty bad or kind of decent. Critics tend to agree with such a “Meh” reaction. Rotten Tomatoes has it somewhere around 60% while Metacritic hovers just above 50%.

At the same time there is something about the folks of Chester’s Mill who search for meaning while scrambling like bugs beneath the glass.

I enjoy conversations of science versus faith, and season 2 is chock full of those.

I find the machinations of the new high school teacher Rebecca Pine both compelling and terrifying.

And I’ll be honest, I really can’t stop staring at Julia Shumway’s eyes. That’s Rachelle Lefevre IRL who is much better as not a vampire (rare Twilight reference ya’ll). 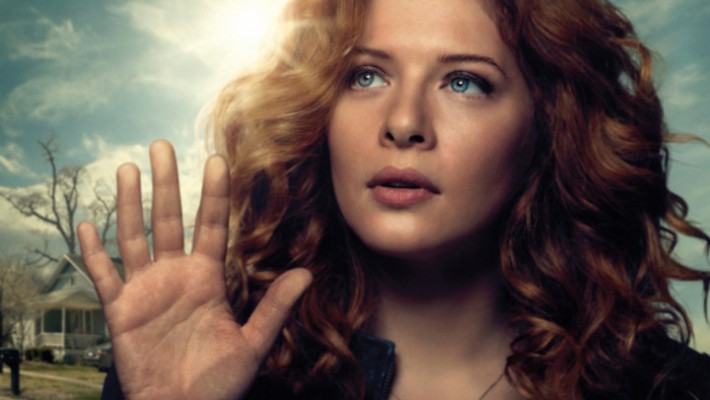 So despite consistent character inconsistency and rehashed sci-fi story ideas like someone who paints the future (Heroes) and a once dead girl suddenly emerging from a lake (The Returned), I hang in there. Even when a field is set on fire and we’re supposed to forget about how the dome has no ventilation system, I keep watching.

I’m not even really interested in the mystery of the dome, but there’s something about the potential for mayhem and horror that continues to give me hope.

Perhaps the appeal is in part from all the elements of Lost used by the show creators. I mean, it has been a decade since Oceanic 815 out of LAX went down. Under the Dome gives us a group of survivors complete with an enigmatic bald guy thrown together in a world with confusing supernatural phenomena and dead people who don’t stay dead very well. And there was also that plane crash to kick everything off too. Maybe Chester’s Mill needs a hatch.

After reading the book last year I was anxious to see how the television series adaptation would work out. With Spielberg producing, King endorsing and Brian K. Vaughan (Lost) adapting, things looked up despite the traditional difficulties of adapting King’s stories and sprawling worlds for the screen.

Some of the departures from the source material were jarring. Most of all was how the entire nature of the dome changed to become a soundproof barrier. Right away, the outside world was eliminated. But whatever right? Just go with it.

Even during the breakout success of season 1, I ho-hummed my way through the first few episodes and almost gave up by the midway point. But then the plot started cooking a bit, so I stayed.

One of the show’s biggest struggles is in establishing likable characters. The show creators left out Ernie Calvert, one of the very best in the novel, and replaced him with Alice Calvert. She was super annoying and honestly the show got interesting right around the time she died. Norrie Calvert ended up being super annoying too. The whole Calvert crew went from being a great part of the novel to basically the worst on the show. Rommie Burpee is another absent character who could’ve been fun. Again, fine, but where are replacements we can care about? Where’s our Hugo or Sawyer or Sayid?

One option is “Scarecrow” Joe McAlister (Colin Ford). We can root for him. But it’s really about “Big Jim” Rennie.

Dean Norris (Breaking Bad) continues to get critical praise as Big Jim despite having to deliver too many weak lines. Honestly, if that kind of folksy phraseology really works on the townspeople we really won’t care what happens to any of them.

He and Junior/James his son (Alexander Koch) are the real key to this whole series since our hero Dale “Barbie” Barbara (Mike Vogel) has all the charisma of a butter knife. But it seems we’re doomed to waffle back and forth week to week wondering if the Rennies are becoming protagonists–at least antiheroes–or sliding further into the realm of evil. Again, it’s just a lot of blah. Or meh.

After watching most of the first season I remember wondering if the show could ever have a long life if it’s constantly about the same people stuck under a dome arguing over water and propane all the time. The writing could be stronger in places, sure. But it’s not like I’m sitting there sneering at every scene and how much more awesome of a job I could do.

I classify Under the Dome as dumb fun, a good distraction on summer nights punctuated with some great moments of horror and suspense. You’ll discover fantastic sights to behold in Chester’s Mill, but ultimately the show doesn’t seem likely to stick around for too many seasons. And when it’s gone, I doubt we’ll be any more bothered than we are when an underwhelming main character goes.

Do you watch Under the Dome? Why or why not?