Modesty forever! This is part 7 in our series about “modesty.”

We had best start with a definition. Encyclopedia Brittanica says that sexism is “prejudice or discrimination based on sex or gender, especially against women and girls.”

In this post, when I talk about “modesty” or “modesty culture” I’m referring to the specific definition of modesty which tends toward a sex-based definition, as discussed in previous posts (a definition which I clearly disagree with, but is best for this post to make it clear what we’re talking about).

Let me say this, too: Most people who make modesty arguments are not consciously intending to be sexist or marginalize women. They are repeating arguments they have heard before and haven’t fully examined. So this article is meant to give us some food for thought and hopefully allow us to examine some of those things.

Here are five broad categories where the underlying sexism of “modesty” culture is revealed:

1. Marginalization and Minimization. To be marginalized means to be put to the side… to not be centrally involved in decisions, conversations and discussions that directly involve you. Sadly, in the “modesty” conversation, women are often ignored, downplayed or have their voices eliminated (if they feel the freedom to speak up at all).

Well, for one thing, “modesty” is pushed on women but is really ABOUT men.

Women are told to “think about how men will respond” to their clothing. They’re told “not to make men stumble.” They’re told, over and over, to PROTECT men in how they dress. To protect men. Laying aside how counter this is to the typical definitions of masculinity and how infantilizing this is toward men, it also makes it clear that this whole issue is about keeping men central to the conversation.

I grew up in the church and part of various Christian organizations for the last 40 years and I have been “told” about being modest zero times. Zero. I’ve been asked my opinion on what is modest (for women) plenty of times, but never told what is modest for me. I’ve never been informed of the modesty of my own clothing. I’ve never been shamed, publicly or privately, for my clothing choices.

What would it look like if men (corporately) took responsibility for their own lust rather than expecting the women to “protect” them? Well. What if women were allowed to wear whatever they liked and the men kept an eye on each other? What if the men punched each other in the arm and said, “Hey, eyes up” or “Dude, show her some respect” instead of saying “She caused me to stumble”?

I know some people think that women have a strong voice on this topic, but that’s an illusion. Ask yourself if there’s a women who is in “modesty culture” and has a dissenting voice and is treated with respect. One of my friends recently said to me “I’ve been trying to start a conversation on these issues for a long time and no one will listen… so I’m thankful that a man is talking about it because suddenly my friends seem interested.” Women are marginalized in modesty culture.

2. Objectification. Objectification is equating a person with an inanimate object, or treating them like one. In the modesty conversation this is largely seen in “fetishizing” or over-sexualizing women.

You can see this in arguments made in the modesty conversation, like, “A woman wearing a low-cut blouse in front of a man is like having a beer in front of an alcoholic.” In this comparison, women take the role of the temptation, are equated with 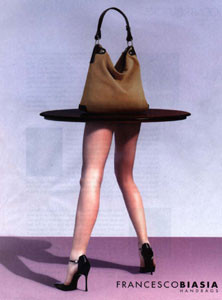 alcohol rather than a human being. They are not tempting someone by their actions or volition, but by their existence. They are objects, not human beings.

Perhaps this is clearest in the phrase, “Modest is hottest.” I have no doubt this is spoken by many with clear, good intentions, but let’s look at the underlying message. “Modesty” culture says that “immodesty” (as they define it) is about sex. You are inappropriately tempting men toward sex in the way you dress. However, if you dress modestly, that is “hottest.” You are even more sexually attractive if you try not to be sexually attractive. No matter what a woman does, she will be seen as a sexual object rather than a person. We think of modesty (at its best) as a way to prevent objectification, to “help” women not be thought of in purely sexual terms… but the way we talk about it actually reinforces objectification of women.

I hear an objection: well, if men are always thinking in sexual terms, should we not teach women to dress modestly so that they will be safer from those who would harm them in sexual ways?

Listen, modest dress is not a protector against sexual violence or harassment. But that’s often how we speak about it. Take this example. What if we taught our legislators to treat women with respect rather than telling youth to cover up? Does that not say that the young women are responsible for someone else’s actions?

In my experience, the women are held responsible for men’s actions on this topic. Men aren’t even talking about their role in it.

“Be modest” but “still attractive.” There’s no clear line for this. Clothes that are modest on one woman are immodest on another (there is a sliding scale of modesty related to a woman’s physical attractiveness… the more traditionally attractive a woman is, the more likely she’s immodest no matter what she wears).

A woman is not able to make a decision on her own about what is modest. She has to call other people in to help her make the call. A community of women gather to decide if a skirt is too short before a big event. We have to check in with a man in authority to figure out if this or that outfit crosses a line.

I’ve heard people say, “Oh, but men aren’t in control of this conversation.” Yeah they are. Pastors and youth pastors often define where the line is because they’re the ones in the pulpit and the ones answering the video questions and the ones making the policies about dress codes for camp. For that matter, I’m talking about it right now. If you’re in a place where modesty culture is in full swing, keep an eye out. How long before you see a man talking about this publicly? I’d be surprised if you can go a week without seeing it somewhere.

4. Stereotypes and generalizations. “Men are turned on by sight, women by emotional connection.”

“A man’s sex drive is stronger than a woman’s.”

Are those things true?

But it’s not true of ALL men and ALL women. I have talked to plenty of women who are turned on by sight, and men who are only attracted to women with whom they’ve had an emotional connection. I’ve read multiple marriage and sex counselors say that in marriages where one spouse has a much higher sex drive than the other, in around 30% of those marriages the person with the low sex drive is the man.

The problem with generalizing is that it makes those in the minority feel something is wrong with them. A woman who is turned on by sight will find herself thinking that she is not feminine. A woman with a higher sex drive than her husband might feel ashamed or that something is wrong with her, because if she has a higher sex drive than a man, she must be a sex maniac.

5. Demonization. There is a sub-section of the modesty folks who think women are responsible for any (purposeful) sexual sin. Women are the seducers. Women are trying to trap men.

Probably the most common place this comes up in is when men decide they can never drive in a car “alone with a single woman.” I think it’s fine to have this rule. People can do what they want. But for some, the underlying idea is that a single woman is going to seduce a (usually married) man if they are alone. It’s a strange idea, and it’s strange that, for instance, the same person who has this rule will be alone with a married woman, or even with an “unattractive woman.” Or that they will tell someone else who doesn’t follow their rules that it is “unwise” for them to be in a car with a single woman.

If a woman is sexually attractive and available, she is evil.

These are a few ways that the underlying sexism of the modesty movement is revealed. What do you think? Do you have examples of this from your own experience? Or is your experience different? Agree or disagree?