Clay and JButt recently discovered Trivia Crack, which you know must have gone completely okay since they are not competitive with each other at all. Who is the reigning champ? Well, about that…

JButt: So, Clay, I think the internet should know that we’ve taken our arguing to a whole new level. A level that involves fierce competition, lightning fast wits, and what I’d like to call a “shut out.”* Shall we enlighten our dear readers?

Clay: I don’t want to do this anymore.

JButt: Do what? I don’t know what you’re talking about. Anyway, as I was getting ready to ask, have you played any good games lately?

Clay: Well, I WAS playing a great new game called Trivia Crack. It was really fun for a while anyway.

JButt: What do you mean? It’s still really fun. I love this game.

Clay: In case there’s still somebody who knows how to read an article on the internet but hasn’t heard of Trivia Crack, it’s an app modeled after Trivial Pursuit that allows you to compete against friends and/or strangers who request to play against you.

JButt: I for one LOVE putting all this useless knowledge I’ve stored away to good use. And by “good use” I obviously mean “collect adorable little icons.”

Clay: I was doing fine until you had to post on Facebook that you also played which was CLEARLY a ruse to bait me into playing so you could use your secret cheat moves against me. No way you beat me that bad SIX games straight.

JButt: So you saw that Facebook status update that said how BAD I was at sports trivia? Remind me, that happened BEFORE I destroyed you, right?

Clay: Hey, I know my weak categories too. Hello, science and geography. GEOGRAPHY. Must EVERY fourth question be about South America? I didn’t expect perfection, but I do win more than I lose, you know. Usually. Until YOU come along and rig the game.

JButt: I totally rigged the game by having smarts.

Clay: Oh GREAT. I was reading Wikipedia while you were talking and turns out the game was invented in South America. IN ARGENTINA. No wonder they keep asking about their continent. #Favoritism.

JButt: Those crazy (South) Americans! Geography isn’t my best, but didn’t you ever have to memorize state capitals or European countries using a catchy tune?

Clay: Oh, I know much of the world and would love more U.S. capitals questions. But it didn’t matter against you. I could get 20 straight easy questions against other people and then the second I had to go against you the next question up would be “What’s the atomic number of Zimbabwean artist and curler Jean-Claude de Frithermackelmahoney when you subtract the times Bob Dylan was overrated?”

Clay: Ridiculous. I eventually tried to cheat to beat you by asking other people next to me, and NO ONE knew the crap I was up against with you.

JButt: YEAH, JR. TOTALLY TATTLED ON YOU that one time you won. It made me feel better for losing and also ENRAGEDLY vindictive.

JR.: Hey guys! How’s it going? It’s crazy you two are hanging out over here because I was just missing a Sports question against JButt in Trivia Crack. Made me think about how Clay hadn’t challenged me to a game in ages.

Clay: WHOA there JR., I fear you not. Say JButt, have you ever played JR. in Trivia Crack?

JButt: …what is this game “Trivia Crack” you speak of? Just kidding. I can kid now because our score isn’t that skewed** anymore. Nice try, Clayf.

PLUS JR. totally agrees that Sports is just plain dumb. Who ACTUALLY knows ANYTHING about billiards?!

Clay: Forget billiards. What the Smurf is Orienteering? I got a SPORTS question on it?

JR.: I got a merit badge in Orienteering. In Boy Scouts. It’s about compasses and maps and stuff. Do they even offer that anymore, or is it just a course on how to use your GPS?

Jbutt: Come on, even I know what orienteering is. Basically it’s The Amazing Race. UH DOI.

Clay: What country enjoys this! If you want to watch people try to read maps you should have just been on every family vacation I ever took. I’m so sad for people who don’t have American football. MAP READING IS NOT A SPORT.

JButt: Maybe not, but traveling cross-country without actually knowing where you’re going is. I mean, there’s a level of athleticism required to throw an empty water bottle from the driver’s seat all the way to the back, hitting one of the bickering kids in the nose, all while driving a minivan from Alabama to Canada. 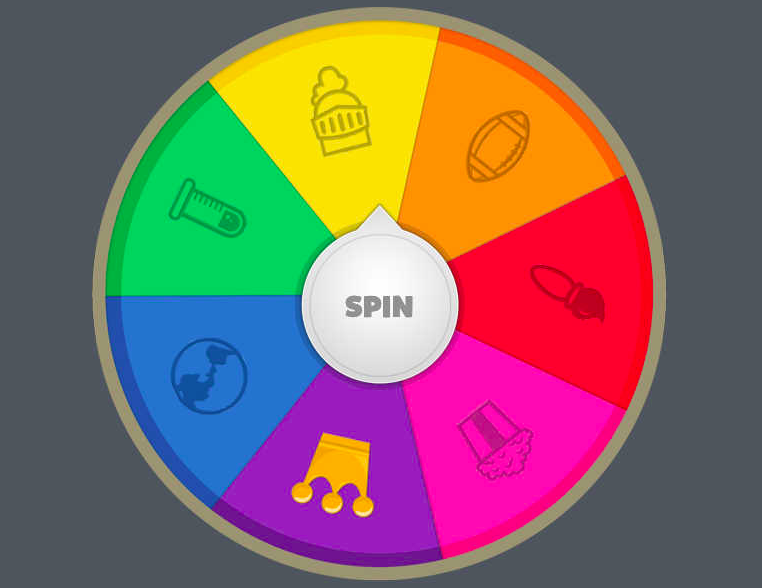 JR.: Hey JButt, did I happen to mention how when you beat Clay like 17 times in a row it ruined his whole week? It was literally all he was talking about. I would say, “Hey man! What’s up?” and he would shout, “Seriously!? No one has ever even heard of that painter!”

Clay: It was like FIVE times. And I know who Degas is.

JR.: So anyway, thanks for making our house all shouty back in January.

Clay: Oh ARE you JButt. And how did you fare against JR.? Because I didn’t think he was such a tough opponent.

JButt: READ THE FOOTNOTES, CLAY. Besides, our score is way more even now. Yours and mine, however, is still SUPER tragic.

Clay: See why the winners shouldn’t always write the history? ANYWAY, I’ve basically been unstoppable against you lately since I finally overcame the adversity like I was Michael Jordan with the flu.

JR.: I thought you said you actually had the flu? You play more like Jackson than Jordan. Too bad there’s not a music category.

JButt: I’m just gonna throw this out there, but my ten-year-old started playing this game behind my back. Was this during your slight winning streak? Will saying yes destroy what tiny flicker of hope you have? Will only time tell how soundly I will continue to beat you?

Clay: Oops, I just beat you in yet another game while you were ranting JButt. Guess we’re pretty evenly matched after all.

*When we began writing this article, JButt was leading Clay six games to none, but then Clay refused to continue this post until he won. At least that’s how JButt perceives it.