“Consult not your fears but your hopes and your dreams. Think not about your frustrations, but about your unfulfilled potential. Concern yourself not with what you tried and failed in, but with what it is still possible for you to do.”~ Pope John XXIII

I’m chasing a dream that began with a forgotten TV sitcom from the 1990s and has brought me 1,200 miles across the country to Dallas, Texas.

You may not remember a show on Fox called Herman’s Head, but it ran for three seasons from 1991-94 when the upstart network began it’s Simpsons-fueled push to challenge the three major networks.

I’m sure you won’t be rushing off to Amazon to find DVDs after that scintillating trailer, but the point isn’t to talk about what a great show it was. Let me explain. 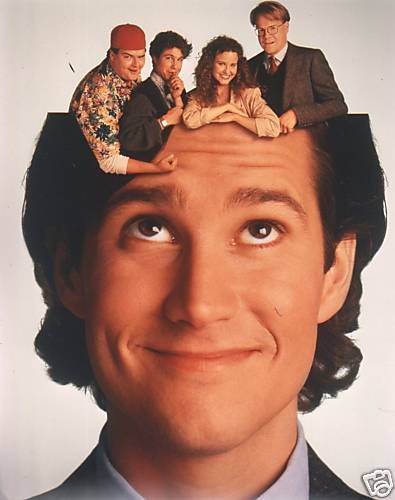 Herman’s Head told the story of Herman Brooks, a fact checker in the research department at a big time New York magazine publishing company. William Ragsdale played the titular character, but Hank Azaria and Yeardley Smith who voiced characters on The Simpsons were as much a draw as anyone else on the cast. Four characters representing sensitivity, id, anxiety, and  logic portrayed the inner workings of Herman’s mind.

The important factor in making teenage me realize something about my desired identity is in the work conducted by the characters. While I can’t tell you the first thing about plots strung together by the show, I distinctly remember how cool I thought it would be to make a living by checking facts and writing about them ALL DAY.

The details are hazy, but in one episode, I recall Yeardley Smith holding a phone to her shoulder and asking aloud if anyone had a certain piece of information about a whale tongue or something. Imagine, I thought, a job where someone would give you money to answer a question like that.

At the time, we didn’t even have a computer in the house, let alone know about the internet, and Google was years from being created. What we had instead was a bookshelf full of maroon, hardbound World Book Encyclopedias in alphabetical order which, as I recall, my mom and aunt purchased from a traveling encyclopedia salesman. 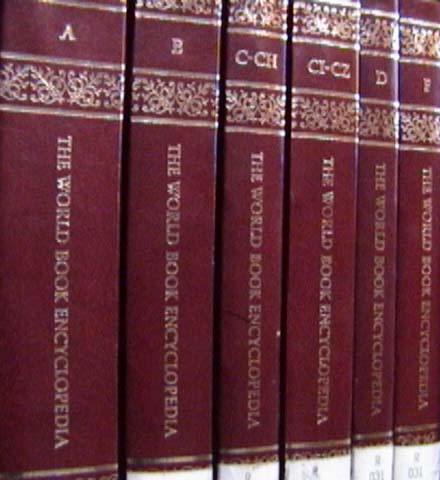 Those books were great. I used to select random letters of the alphabet and just browse the pages of the encyclopedia. Sometimes I would ask my mom to call out a random number. Then I would read the corresponding page in whatever single volume I had selected.

My favorite memory of those World Books was the time I came home from school and found a note on the table from mom. We always found notes on the table, usually with directives on what to do or not do before they got home from work. But this particular day the note kicked off a scavenger hunt. I had achieved four “A”s on my report card and was being rewarded with a dollar for each one. Rather than simply give me the money, mom–whose motto might as well have been “Look it up”–left clues in Seussian rhyme. The final stop was the “A” volume of our encyclopedia set. My four dollar bounty awaited me in the crisp entry for Archaeology, the occupation I believed I wanted to pursue at the time.

In honesty, I just wanted to be Indiana Jones, which is why I probably failed to realize the more practical possibilities locked inside my excitement over a fictional publishing company on Herman’s Head. To the defense of 13-year-old me, I did end up teaching college classes in history and archaeology, so at least there’s that even if A) I don’t discover world-defining artifacts or B) look like Harrison Ford.

Back then I didn’t yet know I was born to teach and write, but my excitement over a fictional research department in a sitcom publishing house should have set off red bells and a robotic voice announcing “Alert! Alert! You are destined to love these types of things and make them your life’s calling.”

I’ve thought of Herman’s Head a lot in recent weeks while packing up my entire life from Pittsburgh and relocating to Dallas. Already blessed with opportunities over the years to work as a writer and author, I’ve come to the Lone Star State to pursue a full-time life as writer and consultant.

Talk about taking a plunge. Leaving was hard in every way, but mom and aunt always said you can’t expect life to be easy. (See “R” for Realism).

Those old World Books are in a Pennsylvania attic these days, and I’m in Texas. Strange the places life takes us, but dreams are things to be chased, and sometimes you just have to take a shot, even if it’s painful and terrifying.

My friend JR. was recently talking about what the voice of God might sound like, how he believes it’s familiar. He thinks God can speak to us any way he wants, especially through things we recognize and enjoy focusing on.

I wonder if God got a kick out of watching young me watch that show. I wonder if he wasn’t saying, “Clay, you know all those things you do to try to get people to like you? Well, here is something you’ll love to do because it fulfills you, because I wired you this way. You will love words and find meaning in clearly communicating answers to others.”

Or maybe I’m just reading too much into it all. Regardless, here I am, and pretty certain God’s had a hand in helping me get here.

I was reading on Wikipedia that Herman’s Head suffered low ratings and was cancelled after three seasons. I don’t know if the writer’s were able to resolve anything in their story they way they had hoped. Maybe it’s fitting because I also don’t know where I’ll be in three years or what resolution (or lack thereof) awaits me.

I’m simply here, tinkering with words on all sorts of projects. I’ve been asked a lot lately what I write. The answer is less than illuminating but true: Everything and anything. But what I write isn’t what I do. Because what I do is chase possibility, the seeds of which were sown by a fuzzy television screen in the twilight of childhood.

P.S. If you’re interested, here’s a particularly enlightening clip from Herman’s Head about fact-checkers and writers and what a real career even means. Granted, it’s pretty schlocky sitcom stuff, but you might enjoy the bit between 2:48-4:06: