Cedarville University is taking steps to clarify its policies on gender roles, and has recently restricted all theology courses taught by women so that only women can attend them. Norville Rogers, tireless crusaders for deep reporting and interesting interviews, caught up with Dr. Wayne Grudem, famed theologian and professor at Phoenix Seminary to ask his opinion about the situation.

Norville Rogers: Dr. Grudem, what do you think about Cedarville University’s recent decision to restrict theology classes taught by women to female students?

Dr. Grudem: Mixed-gender theology classes should be taught by men. It is illogical to say a woman should train men to be Bible teachers and pastors when she shouldn’t be one herself. If women shouldn’t be pastors or elders in churches, then they should also not have that role in other contexts.

Norville Rogers: Wow, that’s a really strong position. But would you say it’s okay for women to teach Sunday School? 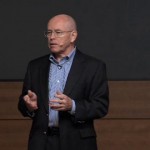 Norville Rogers: Okay, I see that your logic is consistent there, at least. What’s your thought on female coaches teaching students how to play sports?

Dr. Grudem: Football skills should be taught by current players. It is illogical to say a coach should train players to be quarterbacks and tight ends when he won’t be on the field himself. Male or female, if a coach shouldn’t be throwing a pass or blocking a tackle, then he should also not have that role in other contexts.

Norville Rogers: Amazing. That really challenges the entire way we do sports. What about human beings training K-9 officers? Should people train dogs? 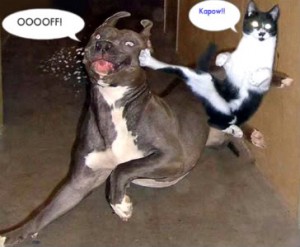 Dr. Grudem: K-9 dog training should be taught by animals. It is illogical to say a human should train dogs to be animal officers and drug detectors when they shouldn’t be one themselves. If humans can’t be dogs, then they should also not have that role in other contexts.

Norville Rogers: I see. One last question, then. Should male pastors preach about a woman’s role in the home?

Dr. Grudem: All statements about a woman’s role in child-rearing or as a wife should be made by women. It is illogical to say a man should train women to be wives and mothers when he should not be one himself. If men shouldn’t be women or moms in the home, then they should also not have that role in other contexts.

Norville Rogers: I have to admit that last one surprised me. Since men and women have nothing to teach each other, maybe we should just go back to having separate services for men and women. Or, you know, separate seminary classes to start. We’ll just slowly work our way backwards. Thank you for your time, Dr. Grudem, and for sharing your thoughts.

Dr. Grudem: It was no trouble at all. Despite the fact that I only appealed to logic, it’s all about the Bible. 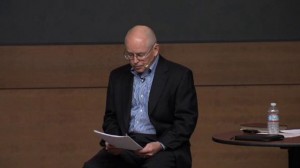