In 1947, Jackie Robinson became the first African-American ballplayer ever allowed to play Major League Baseball. He earned Rookie of the Year honors and his Brooklyn Dodgers reached the World Series. As the National Anthem played at the start of the Series, Jackie said he felt for the first time that maybe the song was for once playing for him. 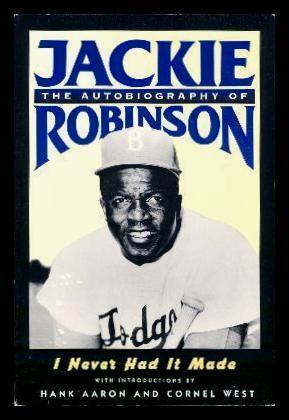 The next decade of his life was grueling. People of color were much easier to disregard when they weren’t out starring on the fields of packed sports stadiums, the temples of the national pastime. Jackie became a legend while the crushing pressure of racial pioneering whittled away at his life expectancy.

“There I was, the black grandson of a slave, the son of a black sharecropper, part of a historic occasion, a symbolic hero to my people. The air was sparkling. The sunlight was warm. The band struck up the national anthem. The flag billowed in the wind. It should have been a glorious moment for me as the stirring words of the national anthem poured from the stands. Perhaps, it was, but then again, perhaps, the anthem could be called the theme song for a drama called The Noble Experiment. Today, as I look back on that opening game of my first world series, I must tell you that it was Mr. Rickey’s drama and that I was only a principal actor. As I write this twenty years later, I cannot stand and sing the anthem. I cannot salute the flag; I know that I am a black man in a white world. In 1972, in 1947, at my birth in 1919, I know that I never had it made.”

“They’ll nail anyone who ever scratched his ass during the National Anthem.” ~ Humphrey Bogart commenting on the House Un-American Activities Committee. 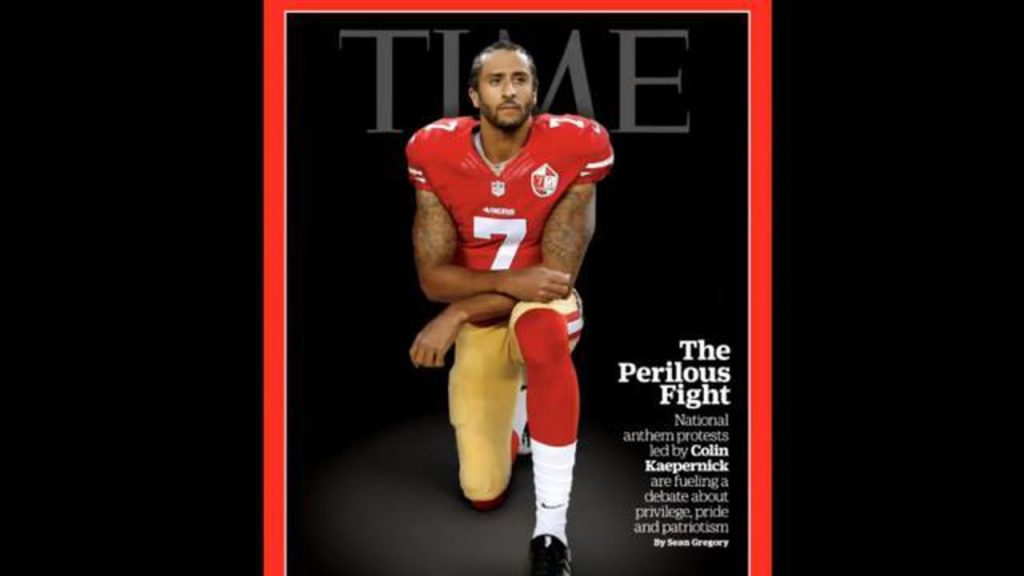 Where did the anthem come from?
Francis Scott Key was a Southern lawyer who was sent to negotiate the release of American prisoners from British invaders during the War of 1812. On the night of September 13-14, 1814, Key watched from a British ship as American forces were bombarded during the Battle of Baltimore at Fort McHenry. The next morning, he saw the American flag still waving in the dawn light. He went home and wrote a poem called “Defence of Fort M’Henry,” which was published in a local paper and eventually put to music.

The Star-Spangled Banner became popular throughout the 19th century. It was played at special events, like Independence Day parades. In 1889, Secretary of Navy Benjamin Tracy ordered that the song be played when the flag was raised. During World War I (1914-1918), President Woodrow Wilson ordered that the song be played at military and other appropriate occasions, making it semi-official. 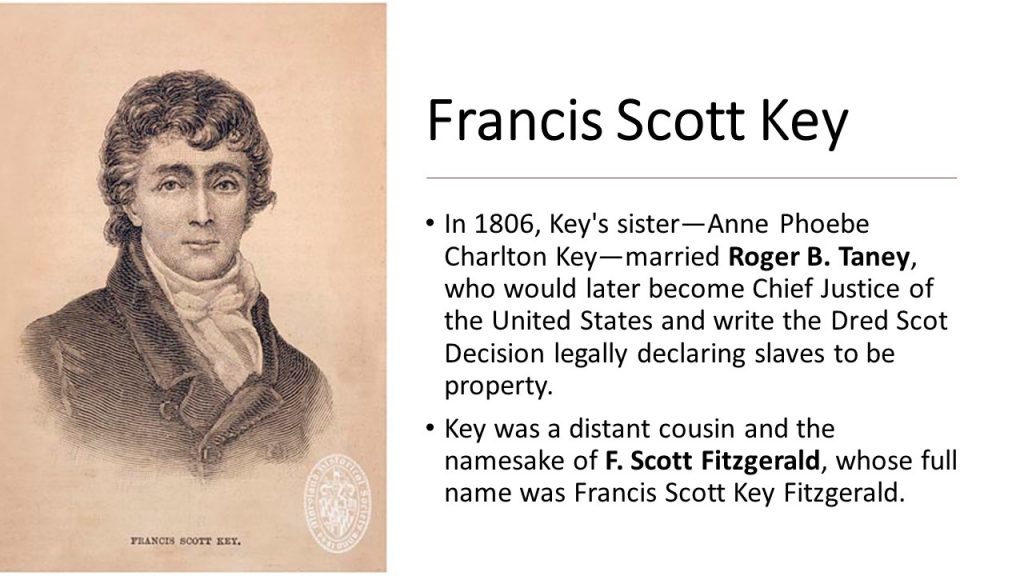 A bunch of people tried to make the Star-Spangled Banner America’s official anthem for years after The Great War, but the Roaring Twenties were too distracting until the stock market crashed in 1929. In 1930, the Veterans of Foreign Wars led a petition drive signed by five million people. A bill was introduced in Congress and passed through both the House and Senate. On March 4, 1931, President Herbert Hoover signed the bill officially adopting the song as the national anthem. 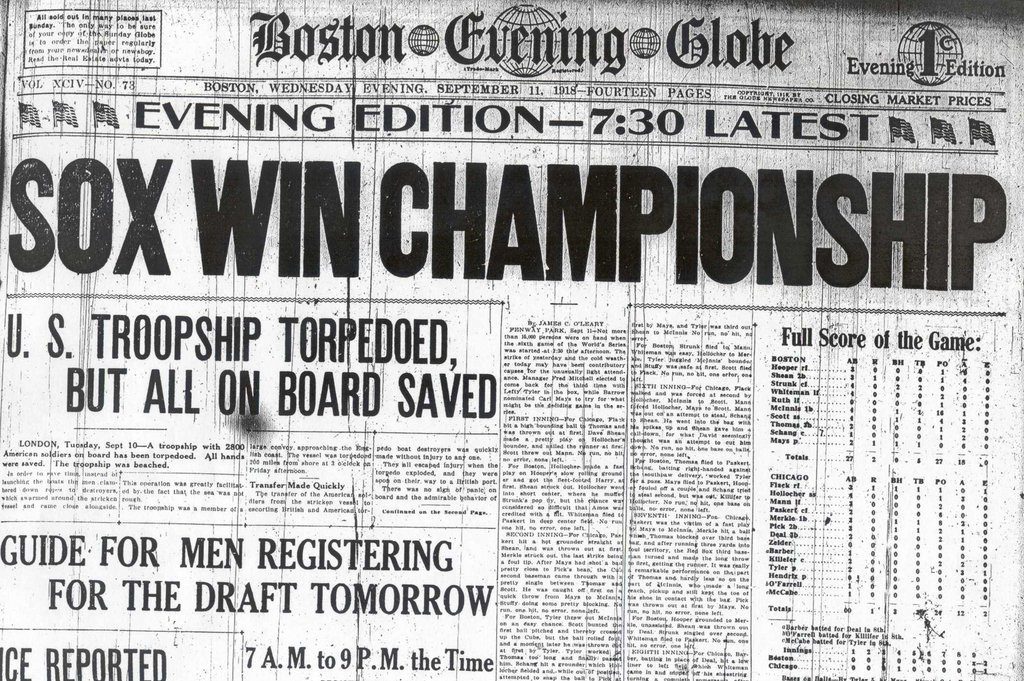 Star-Spangled Sporting Events
While the Star-Spangled Banner may have been played at some baseball games in 1897-1898, The first famous time the anthem was played at a sports venue was in 1918. The World Series that year was played under the cloud of war. Some 100,000 Americans had already died in the largest event in human history to that point.

The Boston Red Sox faced the Chicago Cubs. Babe Ruth was still a pitcher for the BoSox back then. In the middle of Ruth’s game 1 shutout, the crowd stood for the 7th inning stretch. The band began to play the song, and Red Sox 3rd baseman Fred Thomas, furloughed from the Navy, snapped to attention on the Wrigley Field dirt. When he faced the flag, other players followed suit. The next day, The New York Times described the scene:

“First the song was taken up by a few, then others joined, and when the final notes came, a great volume of melody rolled across the field. It was at the very end that the onlookers exploded into thunderous applause and rent the air with a cheer that marked the highest point of the day’s enthusiasm.”

The song was played during every game in the Series after that. Boston beat Chicago btw. By World War II, a patriotic surge led to the anthem being played at all baseball and NFL games. At the start of the 1945 season, NFL Commissioner Elmer Layden said, “The National Anthem should be as much a part of every game as the kick-off. We must not drop it simply because the war is over. We should never forget what it stands for.” 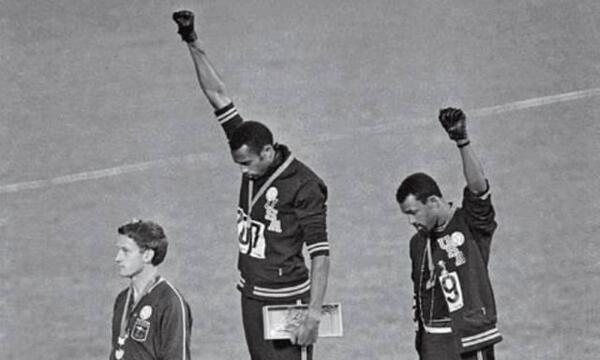 Star-Spangled Dissent
There were a variety of National Anthem protests before Colin Kaepernick took a knee at the beginning of the 2016 NFL season to protest murders of African-Americans by law enforcement officials who were not being held accountable by the system.

The 1968 Olympics
At the Mexico City games in 1968, track and field athletes John Carlos and Tommie Smith raised their fists during the medal award ceremony. The men were protesting the injustice of African-American poverty in America during a tumultuous year in which Martin Luther King, Jr. had been murdered. The International Olympic Committee pressured the U.S. to kick the men off the team and out of the games. Their families received death threats.

Mahmoud Abdul-Rauf
In 1996, Denver Nuggets NBA player Abdul-Rauf was suspended by then commissioner David Stern for sitting during the anthem. He had not stood for the anthem for about 60 games until a reporter finally asked him about it. He cited his faith. Eventually, he was allowed to bow his head, close his eyes, and recite a Muslim prayer, as long as he stood during “The Star-Spangled Banner.” He received death threats during the following year. Then no more NBA teams would sign him, so he played overseas for the rest of his career.

“Africans in America are a distinct and inferior race of people, which all experience proves to be the greatest evil that afflicts a community.” ~ Francis Scott Key

Controversy has often surrounded the anthem, going back to when Key wrote the thing. He owned slaves for a good portion of his life, in the days before he served in the administration of his friend Andrew Jackson.

There’s actually four verses to his poem, but we only think of the anthem as the first. The third verse contains some peculiar language:

“And where is that band who so vauntingly swore
That the havoc of war and the battle’s confusion,
A home and a country, should leave us no more?
Their blood has washed out their foul footsteps’ pollution.
No refuge could save the hireling and slave
From the terror of flight, or the gloom of the grave:
And the star-spangled banner in triumph doth wave,
O’er the land of the free and the home of the brave.”

Most Americans despised the invading British, but some slaves saw them much differently and were willing to fight for the Brits, on account of anyone is better than the people enslaving you for generations. Key’s language seems to allude to how those slaves never had a chance.

It’s no surprise that there’s racist language in any document crafted back then. It is somewhat disturbing that those words are buried deep in the song that became our national anthem. For this and other reasons, some folks over the decades have suggested a better anthem might be “God Bless America” or “America the Beautiful.”

One of the best documentary series ever featured the peaceful, bus-riding protests of the Civil Rights Movement in one of the most well-regarded episodes from PBS. You can also buy the individual episode digitally from American Experience season 4 for just a couple bucks. 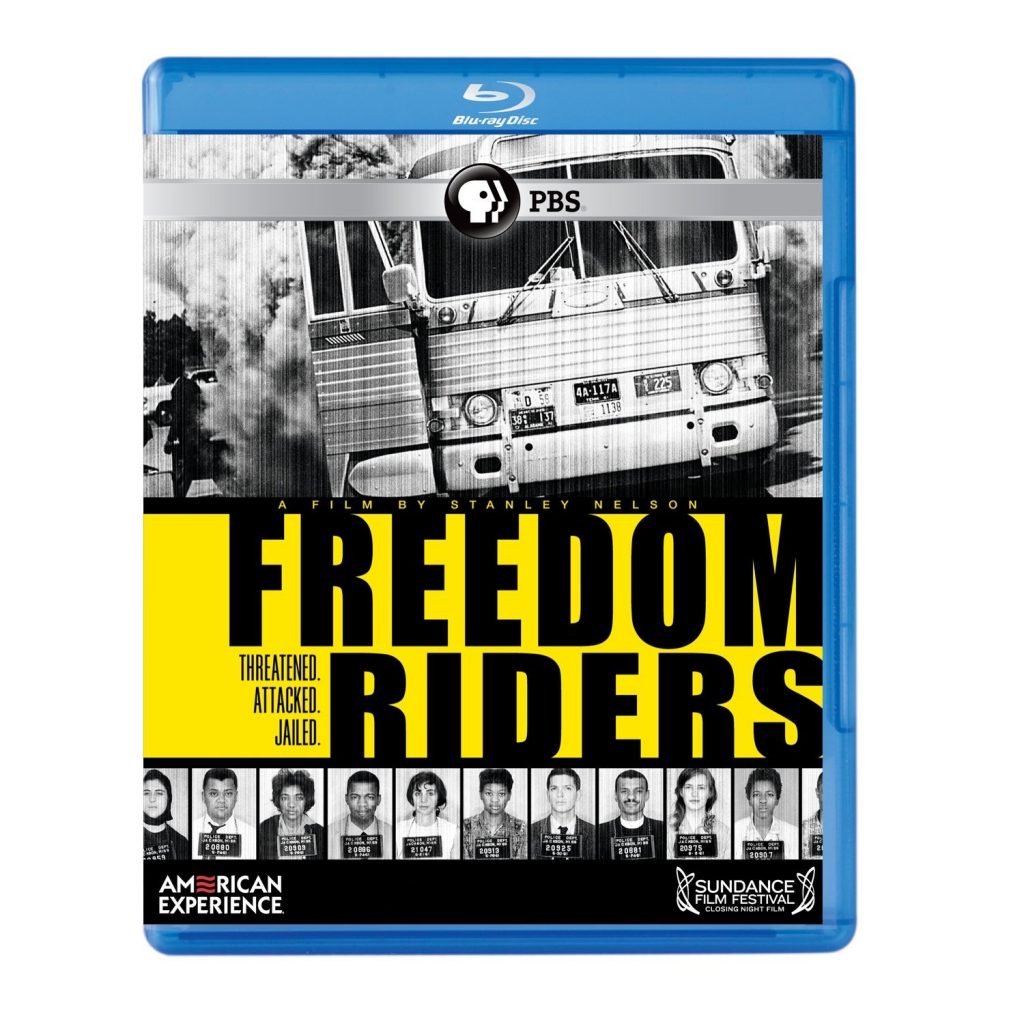 Final Thought
Those spangly stars and 13 bars mean a lot of different things to a lot of people. One thing they must always mean is that every person has the right to acknowledge them how he or she chooses. Freedom means there is no forced response to our national symbols, and that’s how the Supreme Court has long viewed the matter. It has certainly cost many people a lot to sacrifice for America and its flag. And it also costs plenty of people something to take a knee.