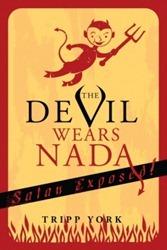 The Devil occupies a unique space in American Christian culture. Some denominations see him lurking around every corner, while others are convinced there’s not really any such thing as a personal Satan. Most of us are probably somewhere in the middle: we’ve heard and read all the Biblical stories of Satan but aren’t quite sure what to make of him.

Enter Tripp York’s delightful, hilarious and thoughtful book The Devil Wears Nada. Tripp teaches Religious Studies, and once during a class debate, a student suggested that we could know for sure that God exists if we can prove Satan exists. Since, as Tripp notes, apologetics has failed to convince anyone who wasn’t already convinced, he signs up for the quest.

Having grown up Nazarene, Tripp witnessed all manners of daily evils attributed to Satan. So he begins his quest at his roots, seeking out the Devil in traditionalist, Evangelical circles. Unfortunately, though many of the leaders he interviews frequently cited evidence of Satan working (including, memorably, a CD skipping during a Sunday morning music special), none of them actually point him to the Prince of Darkness. Tripp observes that 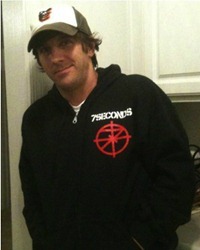 Using Satan as an explanation for everything you personally do not like is not only theologically problematic, it is also terribly dangerous. It opens the door to the rampant demonization of other people despite Christianity’s claim that all humans, regardless of creed, race, nationality, gender, or faith tradition (or, lack thereof), are created in the image of God.

What really makes the book work is Tripp’s uncanny ability to mix humor with insight, reflection and theology.

The full text of this review is available at RELEVANT.
It will be available here on April 18.