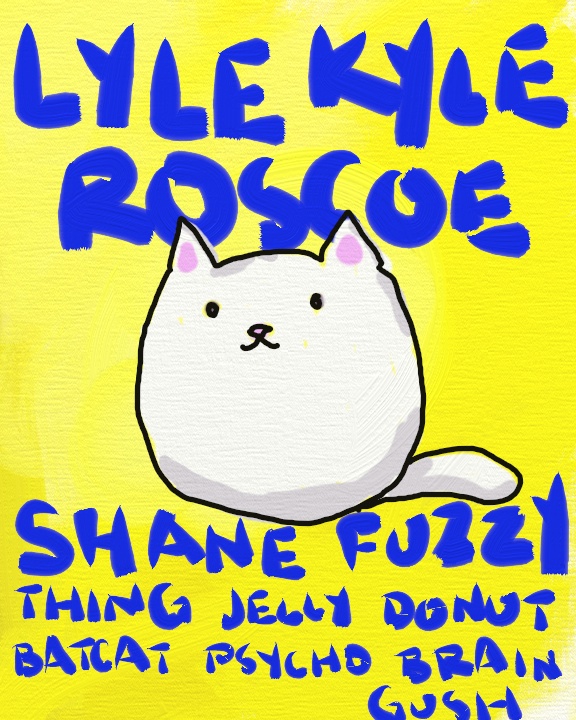 When I was a freshman in high school I had this stuffed animal which was a small white cat. When held correctly in one’s hand it looked precisely like a jelly donut.

His name was Fuzzy Thing, but my friends called him Jelly Donut.

Then one day we were playing volleyball with him and he flew onto the roof (he was the volleyball).

My best friend Shane went and got the custodian, Roscoe, who used a ladder to return him to us.

Someone suggested we needed Lyle Kyle to give it a rhymier sound.

I think I could have been rich if YouTube was around in the 80s.