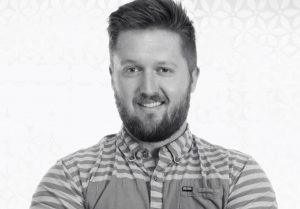 This post is by guest blogger Josiah Jones, a.k.a. The Millennial Pastor. Josiah lives is Shelton, WA and has a Bachelor’s degree in Christian Ministry. He loves the outdoors and coffee, both in equal amounts, and is a husband, father, pastor, and most recently an author.  His book “The Millennial Pastor” is a memoir of his first year being the leader of a church in a little town located in the beautiful Pacific Northwest. You can check it out at www.TheMillennialPastor.com!

“Oh my gosh! That’s a Starbucks cup! Don’t you know they are part of the war on Christmas? They even support the gays!”

“Yeah, I don’t even watch football anymore since those thugs decided to start disrespecting the flag. Thats inexcusable!”

“Well… I don’t allow my children to play Pokemon Go, it’s dangerous. Didn’t you know it was invented to secretly promote satanism!”

“We decided to homeschool. Public schools are breeding grounds for sinful behavior. We would never want our kids to be around that!”

“I actually don’t listen to that kind of music, because it isn’t Christian”

“How could you be in that [political] party and have the audacity to claim you are a Christian? That is basically the anti-God party!”

And on and on it goes…

These are actual conversations. I have been on the receiving end of every one of these sentiments.

Some background: I’m a lead pastor, and in most opinions, I am a young one. I am thirty, not that it’s any of your business, and I have been a lead pastor for a couple of years now.

Back to those fun conversations…

I’m not always sure if it is out of a desire to make sure I don’t stray too far off “the path” of holiness, being that I am still young and prone to reckless behavior, so this is an attempt to keep me honest….Or… Perhaps these individuals simply share these thoughts out of a desire to be validated, assuming I agree wholeheartedly.

Either way, it is a symptom of a problem I will refer to as the “Sacred vs. Secular.”

Take Starbucks for instance. It’s not Christmas right now, so maybe we can talk about it while people are less emotionally charged.

Every Christmas I hear someone bring up the need to boycott, because Starbucks has unanimously been given the label “secular” by the religiously pious. Why would this be the case you might ask? For a number of reasons, but perhaps the most concerning would be its removal of the word “Christmas” from all cups and its politically leanings.

Suddenly, Starbucks is a villain the needs to be opposed. It is a direct threat to the Christian way of life, simply because it took a word off of a cup.

Now what’s curious to me is this: it almost seems like some view Starbucks as the prodigal son. Once it was a believer, it was “Christian” and could even be labeled among the sacred things in this life. It had Christmas trees on cups and baristas said, “Merry Christmas”  instead of “Happy holidays.” Then Starbucks lost its way, fell off the path, it became a prodigal, no longer “sacred” but instead the horrifying label of “secular” took its place.

It lost its way… and we know, because everything fits into two categories… right and wrong… sacred and secular.

Coffee made by heathen baristas proclaiming war on Christmas = Bad

With this logic, a cup can suddenly become secular in a moment, almost growing a conscience of sorts, perhaps even a soul, and buying coffee that goes in it now determined to be almost sinful.

There are more examples of this, like the ones I shared above. For the average American Evangelical Christian, things are fairly black and white, but I would argue this is a dangerous road to walk. Suddenly everything becomes a hill worth dying on. There is no longer any neutrality, everything must be labeled good, or bad.

I don’t think this is very helpful for anybody…

Growing up, I was all but crucified for listening to non-Christian music. See how I couldn’t simply say it was “music?” As a kid I was taught it was either Christian, or it wasn’t, which meant it was non-Christian, perhaps some would even say anti-christian. My dad told me stories of beIng chastised for listening to the Beatles, his youth pastor telling him “You’re going to start doing drugs, having sex and maybe even worshipping the devil if you listen to that stuff!”

As a kid, one of my favorite bands suddenly came under fire for leaving their “Christian” label. Suddenly, Switchfoot, a band whose lyrics are rich with theological reflections and sentiments, was seen as “non-Christian” because of a label.

Literally, a label… a record label that did not claim to be “Christian” was the only change made, and people panicked! “Can we still listen to them?”… “Are they still Christian”… “But, I liked them so much!”…

See, the label was more important that what the band was actually singing or even doing with their music. We gave that label so much power that we started to believe inanimate objects could be Christian. That apparently a guitar was Christian if it was played by a Christian who was on a Christian label, but a guitar played by Jimmy Page???…. Yeah… that guitar was going straight to hell…

What’s funny is years after this, Switchfoot is still being asked why they left that label, and whether or not they are still a “Christian” band. Here is one such interview (skip to about 1:10 for the good stuff):

I think we have a lot of fears and we navigate those fears by creating these distinctions in our lives. A thing is sacred if we like it, if it fits into our theology and ideology, and if it uses the word “Christian” a lot.

If it doesn’t, then it must be secular. There is no middle ground, no neutrality. It either benefits our walk with Jesus, or it hinders it… right?

Wrong… Labels divide, classifications like ‘secular ‘and ‘sacred’ box us in, creating mountains out of molehills.

Calling something too liberal because you don’t like it, or too conservative because you disagree only polarizes one person from another who does not agree.

Empathy goes a long way, and it’s something that Jesus preached. He said we should treat other people how we would like to be treated (Matthew 7:12). If you’re like me, you don’t like being labeled, and you sometimes wish people would hear you out before making snap judgements about what label you best fit under. So instead of preemptively returning the favor by slapping a label on something or someone, what if you instead listened more, talked less, and tried to be empathetic to views that you may disagree with?

Perhaps we could heal some of the deep wounds that divide us so much. Perspectives are unique; I only have mine, no one else has the same one, and you only have yours as well. We don’t always see things the same way, and labeling only creates more problems.

A game is just a game…