JR.’s editor from IVP, Al Hsu, joins us to talk about the rerelease of his book Grieving a Suicide. We explore how conversation surrounding mental health and suicide has changed in the last fifteen years, as well as how we can be better about prevention.

The StoryMen return once more! We catch up on our very eventful summers. We update you on the various projects we have brewing. We recap our favorite books of the summer. And we argue over which movie reigned supreme at the box-office. We're back! And it's good to be back. 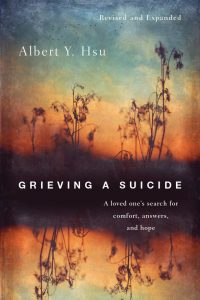 Get Grieving a Suicide on Amazon

How do you process grief?