Since childhood, of course, I’ve been conditioned to expect that my fantasy novels will come with maps. I deserve them! And I am already picturing wargs and castles and magic toothbrushes, so it’s not too much to ask for one map!

When it came to The Heartwood Crown, of course, it’s a sequel. I wanted to do a new map, but we already had one in the first book. A really delightful one, actually. Maybe my favorite fantasy map of all time. It looked like this: 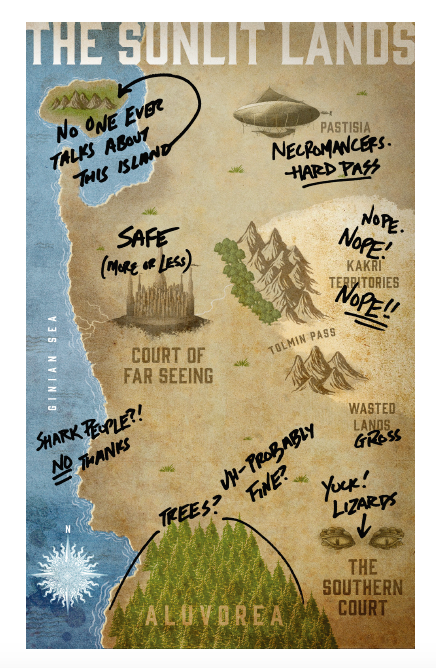 Here you can see the most important locations where the main action of The Crescent Stone takes place. Almost all of it, though, is in either The Court of Far Seeing, the Wasted Lands, or the Kakri territories.

Now a big portion of The Heartwood Crown takes place in Aluvorea, the forest to the south of Far Seeing. Although, I should mention that Darius goes to meet the dreaded necromancers of Pastisia, in what must be one of the most terrifying horrors of all fantasy literature. NO REALLY.

Anyway, I wanted to do a second map. So Aluvorea was the natural place to go.

So, as we usually do, I drew up some thoughts in my sketch pad: 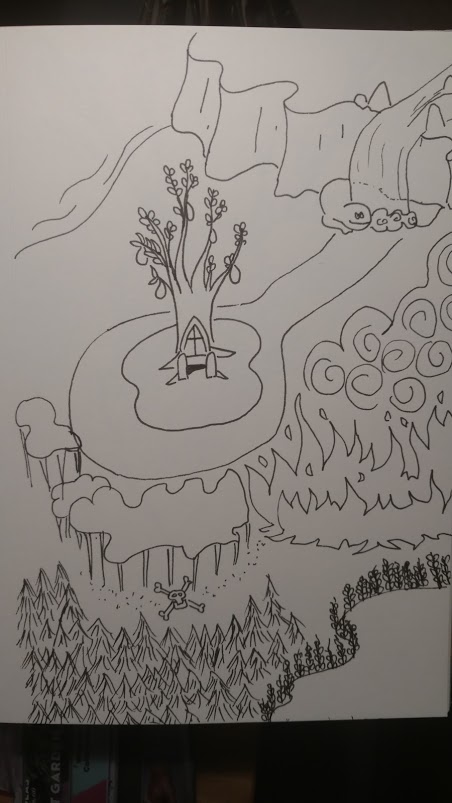 Now before you go saying, “Hey, that’s pretty good” please understand this is about my 20th draft. Also look how bad I am at drawing a skull and crossbones. It’s so terrible that it got left out of subsequent drafts.

Now the Aluvoreans are unique, because unlike other people of the Sunlit Lands they don’t speak the Elenil language, so their place names are all in Aluvorean. That will be important later in the process.

So, next I took my basic idea here and did a digital version. SHOULD BE EASY, they said. IT WILL PROBABLY BE SO GOOD WE COULD JUST USE IT, they said. (Okay no one said any of those things but hey.) 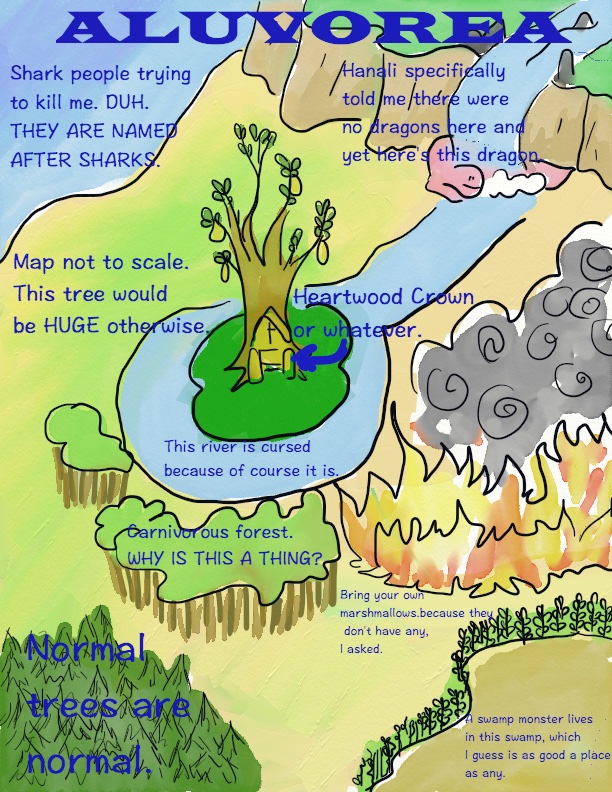 Now okay, this has a certain Kindergarten charm. And okay, you can probably tell I scanned it in and sort of inked and painted over it digitally. Also, please remember this is me TRYING VERY HARD.

Anyway, what I love about this that doesn’t make it to the final draft is Jason’s wordy descriptions. Mostly because we need to squeeze in some place names, too!

So my beloved friends at Tyndale send off to the artist and designer to make this into something useable. The artist is the amazing Matt Griffin from Ireland. He did the covers, too! And the designer is the likewise amazing Dean Renniger, who is the designer of both books, and oversees things like making sure the maps are gorgeous as well as covers, interiors, and probably all our lives.

So, the first draft comes back and of course it is beautiful: 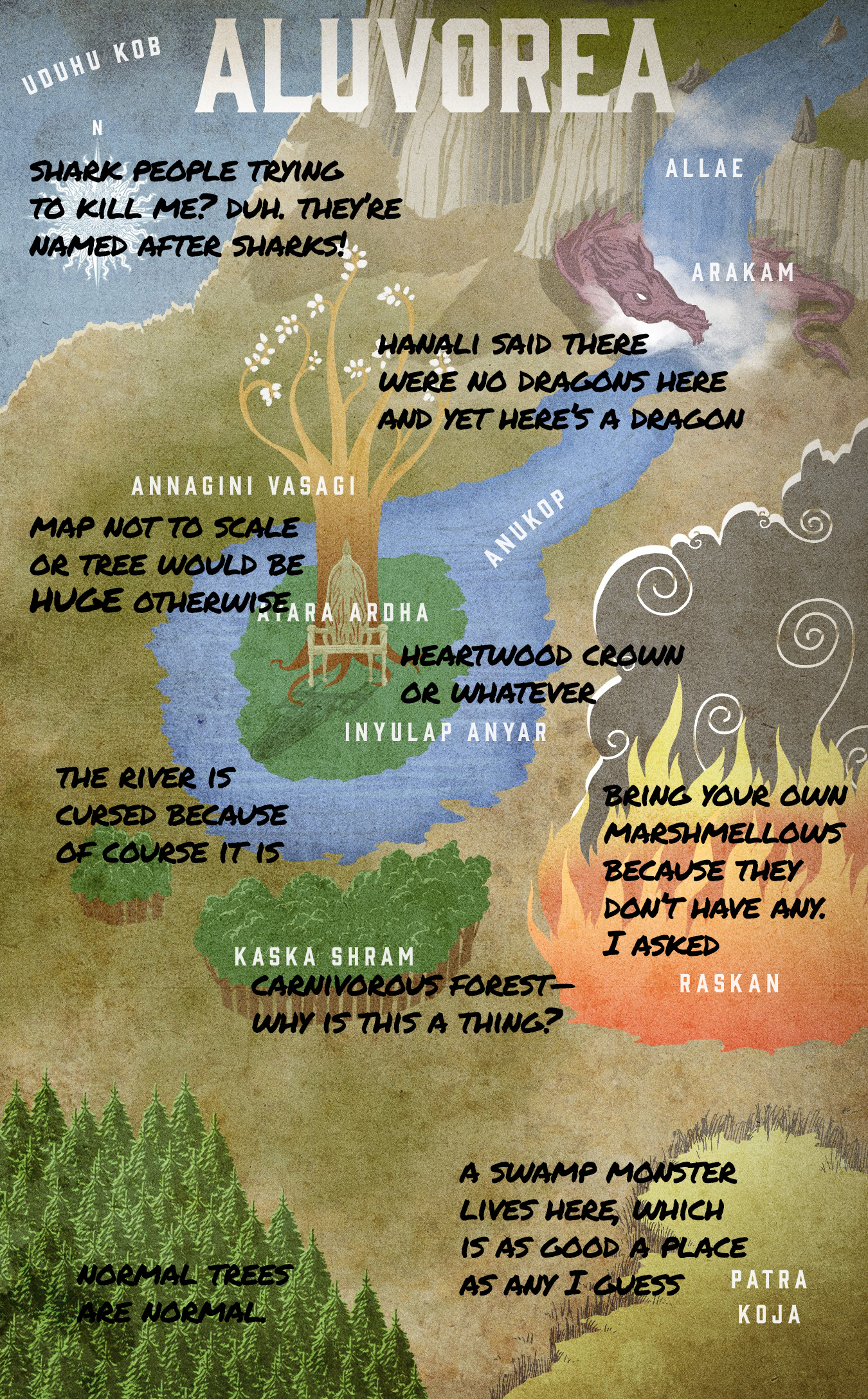 It was pointed out to me that perhaps the many words were now covering over our beautiful map. And this was a true observation.

So I set to work asking Jason Wu (the character who makes the observations on these maps) to speak more briefly. This was more challenging than you would think. But in the end he managed it and we got this, the final draft: 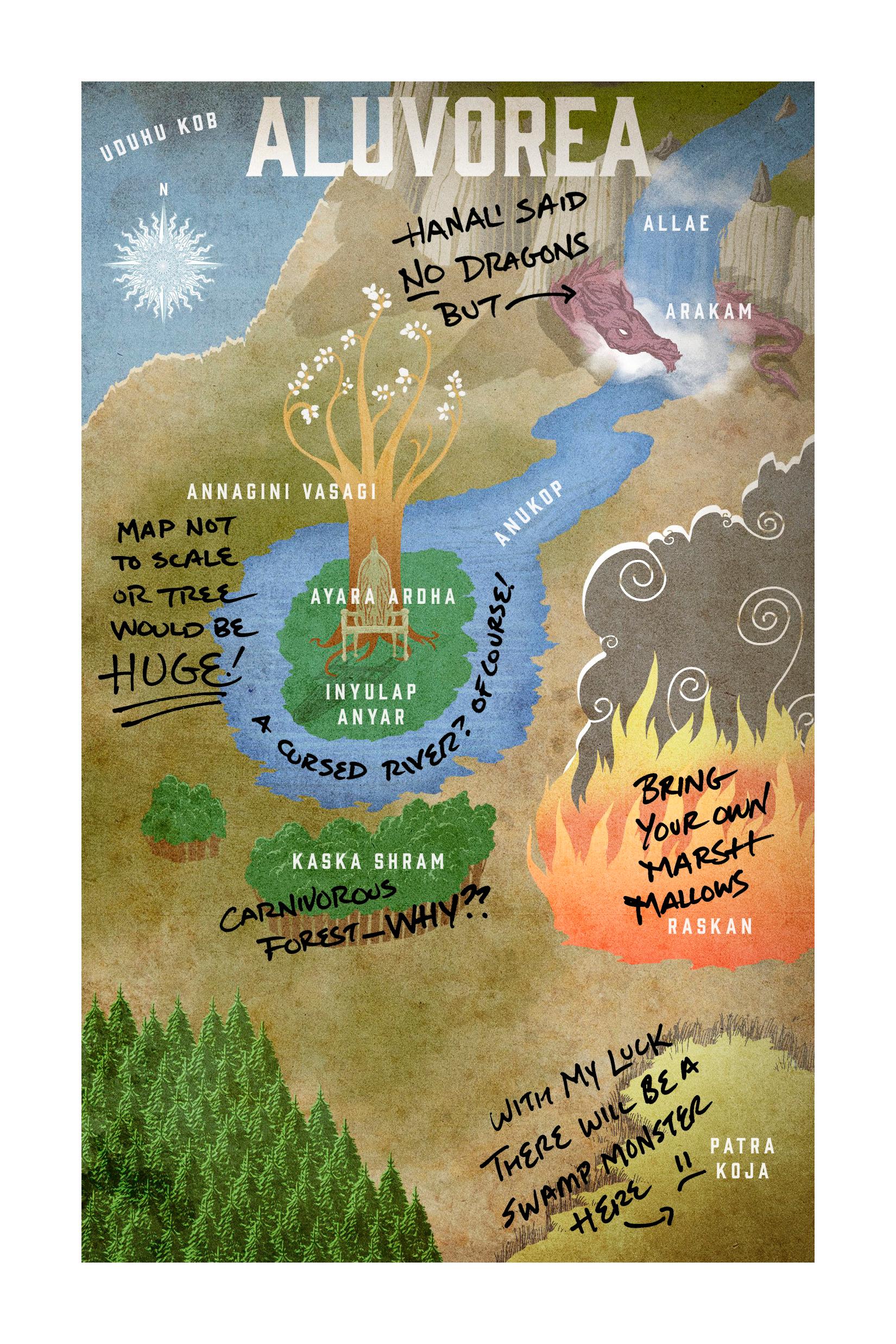 And there it is! A much more beautiful map, but with fewer beautiful words.

So there you have it… I make up some stuff and then we hire professionals to correct me and make me look amazing. THANK YOU PROFESSIONALS WE LOVE YOU!

And don’t forget to buy your own copy here!