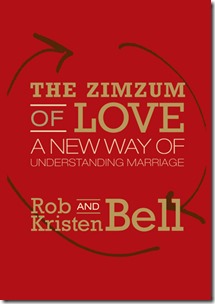 You may not have heard, but Rob Bell put out a new book. More specifically, Rob and his wife, Kristen, dropped a book last week called The Zimzum of Love: A New Way of Understanding Marriage. (Now that Rob has published a marriage book and Mark Driscoll has resigned from his Mars Hill Church, the eerily-similar career trajectory of these two guys continues to get creepier).

The Zimzum of Love is a short, quick read. As with most of Rob’s books, it’s light and playful, while not shying away from deeper waters. It’s good. It’s helpful. Did I mention it’s short? Is it worth your time?

The Zimzum of Love claims to be a new way to understand marriage. Is it?

Yes… and no. Depends on who you’re talking to. When Rob left his church in 2012, he made a conscious decision to step out of pastoring in a church to pastoring outside the Church. His last book  – What We Talk About When We Talk About God – reflects that trajectory, and The Zimzum of Love. In other words, Christians looking for a deep book on marriage should probably go check out Tim Keller’s The Meaning of Marriage instead.

Rob and Kristen wrote a book on Christian marriage for non-Christian people.

The Zimzum of Love is a celebration of the sacramental nature of marriage, grounded in Trinitarian life and love of God. You won’t find the word “sacrament” anywhere in the book (and Trinity only once or twice), but that’s the point. This picture of marriage is good news to people who don’t know it, but only if they can understand it.

Rob and Kristen use language that sounds much more at home on the O Network than in a pulpit. This will doubtless make Evangelicals looking for something to complain about happy; they’ll surely find the confirmation they were seeking that Rob has abandoned Orthodox Christianity in favor of the trendy spirituality-lite. That’s an exceptionally uncharitable reading of the book, and if that’s what you choose, it’s too bad, because you’ll miss the real benefits of the book for both Christians and non-Christians.

The Zimzum of Love should be read more like a latter-day incarnation of Paul’s sermon at Mars Hill. 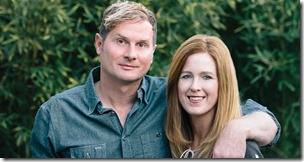 Rob and Kristen show Christians a new way to talk about marriage. (Well, it’s not actually new… Christians have been talking about marriage as a sacrament for quite a long time. Evangelicals just aren’t very good at it these days.) As did Paul, he begins where people outside the Church are and invites them slowly, inexoribly closer to the center of the life of the Trinity.

Their thesis is that marriage is sacramental. Whether you’re explicitly, intentionally following Jesus or not, marriage can orient you towards God. Marriage can be an opportunity for and means of grace in your life, if you choose to play along. As they say:

Marriage has the uniquely powerful capacity to transform you both into more loving and generous and courageous and compassionate people.

The Zimzum of Love explores what exactly a sacramental marriage looks like. They begin, of course, with the concept of zimzum. Though they borrow the concept from Jewish mysticism, they steer clear of the rabbit hole, settling for a simple explanation:

[Rabbis contend] that for something to exist that wasn’t God, God had to contract or withdraw from a certain space so that something else, something other than God, could exist and thrive in that space. And the word they used for this divine contraction is zimzum. God zimzums so that everything we know to be everything can exist and thrive.

Rob and Kristen use the concept of zimzum as a picture of the self-sacrificing love that is the heart of the trinity. They don’t “go there” until nearly the end of the book, but a discerning theological reader should pick up on that right away (again, the brilliance of the book). The rest of the book, then is a movement from zimzum to Trinity, exploring what it looks like to love another person with this sort of self-effacing love, a love that makes intentional space for the Other within the Self.

And if that sounds heady and complicated, don’t worry. The Zimzum of Love is anything but. It’s clear, compelling, accessible and practical. 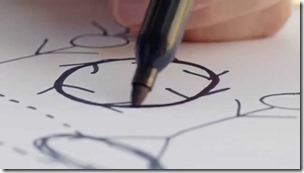 Rob and Kristen use humor, wit and lots of personal anecdotes to make the book an easy but helpful read. Their vision of marriage is inspiring and exciting. It’s not easy – and they’re open about that. They also offer questions at the end of the book to help a couple walk through the book together.

I do a lot of weddings, for both Christian and non-Christian couples. Ever since I read Keller’s The Meaning of Marriage, it’s been my go-to for Christian couples. But as excellent as Keller’s book is, the degree to which it’s steeped in Christian language and theology makes it off-putting for people who aren’t Christians. I’ve found myself using ideas and concepts from the book rather than the book itself.

I plan to offer non-Christian couples The Zimzum of Love. Rob and Kristien articulate many of the same ideas and theological truths, but in ways that are more accessible and relatable for people who aren’t Jesus-followers. Rob and Kristen present Marriage as an invitation into the life of God. As they say near the end of the book:

In this trinitarian understanding of God, love is the engine of the universe, the life force that surges through all of creation… This love takes us back to that first impulse you had to zimzum for this person you love. When you zimzum, you are aligning yourself with the most foundational creative energies of the universe. You’re experiencing the same love that sustains the world.

The Zimzum of Love is an excellent resource for the Church. 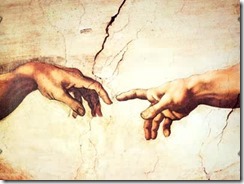 It doesn’t take a Counseling degree to see that the larger culture doesn’t care to hear what the Church has to say about marriage. At the same time, relationships in our culture are a mess. We’re more alone, more isolated, than at any point in our history.

Our culture hasn’t quit listening to the Church because what we have to say is untrue. Christian marriage is still the best hope we have to know and be known as we truly desire. Our message has become irrelevant because we’re not speaking the language of our culture anymore (and because our marriages aren’t particularly compelling all-too-often).

While traditional theological language may be very helpful for those inside the Church (and I mean inside the Church tradition – we have plenty of people in our buildings who are theological outsiders), more and more of our culture is outside the Christian theological tradition. If we want to speak meaningfully to them about love and relationships and sex and all the other things wrapped up in marriage, we must learn to speak their language.

The Zimzum of Love is an excellent starting point for us to learn how to speak meaningfully about marriage with those outside the Church.

One final note – most people who have followed Rob Bell know that shortly after he left Mars Hill, he came out in support of Marriage Equality. Early in the book, he and Kristen make it clear that wasn’t a misquote:

Marriage – gay and straight – is a gift to the world because the world needs more – not less – love, fidelity, commitment, devotion, and sacrifice.

Disagreeing with Rob about this point is enough to make many Evangelicals toss the book across the room and quit reading.

I would challenge you to keep reading, no matter what your views on this issue are. Here’s why: 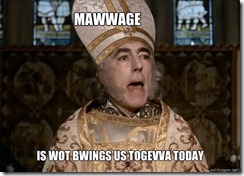 First, that’s literally the only time in the book the issue comes up. Throughout the rest of the book, Rob and Kristen speak about “husbands and wives”  – even eschewing the language of “partners”. I spent some time trying to figure out why they chose to do this and couldn’t for the life of me. I would assume a gay couple reading this book might still feel alienated by the rest of the marriage language in the book. And since Rob is always so careful about his words, I am not sure what to make of this.

Second, whether you agree with Rob and Kristen’s view on Marriage Equality or not, their sacramental view of marriage is still spot-on. If you think only straight marriages are sacramental, but Rob and Kristen think gay marriages are too, you can still benefit from the picture of marriage they endorse in the book. That one sentence aside, Marriage Equality doesn’t show up once in the whole book, not even obliquely.

So does The Zimzum of Love offer a new way to think about marriage?

Yes. For non-Christians, it offers a powerful, sacramental view of marriage as an invitation into the deep mystery of God. For Christians, it offers a fresh, meaningful way to talk about distinctively Christian, Trinitarian marriage with those who are outside the Christian theological tradition. Rob and Kristen point us toward incarnational language that invites us all to have healthier, more loving marriages. As they conclude:

When you are faithful to each other, zimzuming as you act for the well-being of the other, the space between you becomes a place in the universe that isn’t broken and divided but one and whole… There is a larger purpose to your marriage… one that shapes each of you into better people as it makes the world a better place.

BOTTOM LINE: The Zimzum of Love offers a powerful vision of marriage in language our culture can understand and engage. It’s not written for Christians, but Christians can use it as a guide to engage the larger world.

YOUR TURN: What did you think of The Zimzum of Love?