As I come up on a full year of being out of college classrooms after a decade teaching in them, I can’t help but think of where my journey into adulthood began two decades ago in that great cocoon called college. It was as a skinny freshman where I learned so many first lessons…

Back then, I didn’t really know who I was, who I should be, or who I would be. I only knew who I wanted to be—one of the cool kids. I was a skinny freshman who wanted people to like me. Facing a lifetime worth of unknowns, I accepted that reality and acted accordingly.

Unknown 1: Who I was

I certainly had no clue who I actually was, but I have an idea of who I looked like. At nearly 6’3” and 150ish pounds, I was never drawn up to be a tough guy. Wasn’t in my nature either. My big smile and laugh was also largely absent.

My wardrobe that first year consisted of a lot of t-shirts featuring sports teams, such as the black shirt with purple Phoenix Suns logo I wore for some reason. I guess at that time the NBA was still an awesome thing that mattered to me. Charles Barkley probably also had something to do with it. I played ball in high school and would continue joining pickup games at the campus gym a couple night a week.

But the absolute staple of my attire in those days was a backwards ball cap. I would not cut my hair for a couple years after high school, so I tucked it back like Mitch from Dazed & Confused and secured it in place with the backward hat look.

My ex-girlfriend from high school arrived the same day as me and moved into Clyde Hall. Her roommate, Mandy, would be one of the first people I met. Unlike Ted Mosby on How I Met Your Mother, I wouldn’t end up meeting my best friend for life in those early hours of college, but as fate would have it, Mandy’s friend and ex-bf Mike would become one of the first friends I made.

On that first night, we strolled down to Gallagher Hall—a cafeteria hall forever echoing with the clanging of food trays, silverware, and red glasses. Students unlovingly called it Gag Hall.

I can still here Ants Marching by Dave Matthews Band because that song played approximately once every 7 minutes from the electronic juke box in the middle of the room. College freshman are, if nothing else, like ants marching though, so the song was fitting if overplayed.

I flew solo that first night. Mandy, Mike, and my ex went out partying somewhere, so I wound up at Monte Carlo night or some such casino-styled welcome back event. The idea was to play games, win tickets, and drop your entries into various bags to win prizes.

I can’t emphasize how hard it is to pay attention to basic instructions when you are obsessed with how you appear and what people think of you. I ended up playing one game for the entire time and dumped all my tickets into one prize bag. Not the television set, Sega Genesis, or any number of other sweet prizes. Nope, I apparently dominated the red, Jansport backpack. But at least it was a rare win in those early days of school, not to mention the red at least added some color to my perpetually black and blue wardrobe.

And you know what? I used that backpack through all four and a half years of college.

Unknown 2: Who I should be

Beyond our character, one of the major things we have to figure out as students is who we should be vocationally.

After telling someone I was leaning towards majoring in communications, I was introduced to one of the main media guys who gave me a tour of the school’s award-winning television studio. CUTV had just won a couple national awards, and the radio station Power 92 (91.9 on the FM dial).

The world of live media seemed magical even then. If I had any confidence at all I likely would have gone into that world rather than the quiet, anonymous stacks promised by the social sciences.

As it turned out, I met a Dr. Cummings who offered me a work-study job in the school’s audio lab. This small lab sat on the first floor of one of the buildings near the entrance to campus and featured two smaller sound booths where students could experiment with professional equipment and record class projects.

I manned a desk in the corner on Sunday evenings between 6-10 p.m. Virtually no students ever came in at that time. I would sit alone in a world sans internet and stare out the window at the main drag running through campus. In a dusty black file cabinet I found and played out a vinyl copy of Stray Cats Strut by the Stray Cats. Pearl Jam’s Vs. was also in there, and I shook the walls by blasting Go and Animal over and over.

The movie theater inside the student union played second run films. New releases came out every Sunday night, just when I was supposed to be working my four hour shift. So around 7:45, the coolest dudes on campus (who I knew through my roommate) would walk past my window. I would abandon my post and lock the audio lab up. Not good if any students actually came by. Also, I’m pretty sure I just left it open once or twice too.

I didn’t have a job in the audio lab after that semester.

So the need to be liked and popular bled over into all my endeavors, academic or otherwise.

Unknown 3: Who I would be

We all have to grow up. Fortunately for me, I wouldn’t remain crippled by insecurity, low self-esteem, and an obsession over what others thought of me. I even figured out some vocational pursuits eventually.

But in that first year of college I certainly had no clue I would become a professional communicator, a writer, a teacher. No way could I have envisioned myself in front of college classrooms looking out over expressions so similar to my own during the era of freshman floundering. 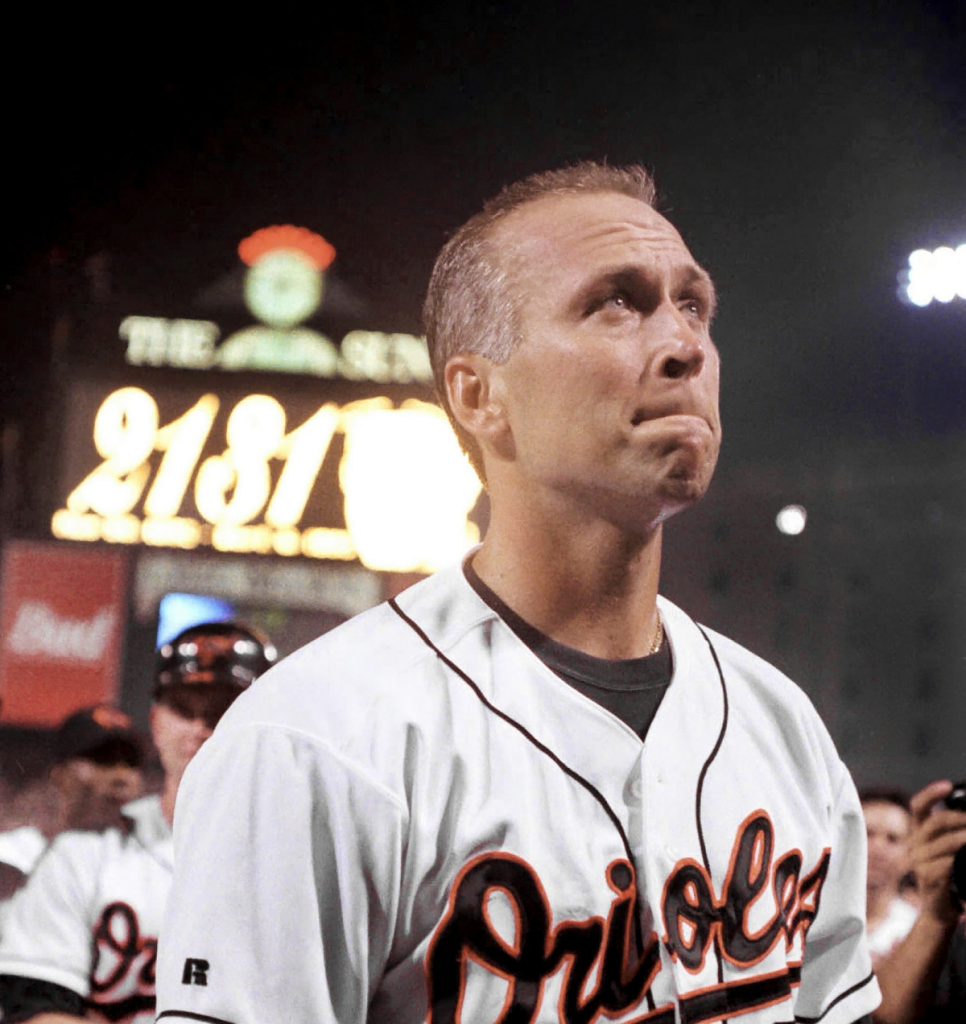 One Wednesday night early that semester—September 6, 1995 to be exact—I stumbled back to my dorm from a party after a hard night of trying to gain acceptance. My friend Mike and I collapsed in his room as ESPN aired coverage of Cal Ripken Jr.’s historic night in which he set the all-time Major League Baseball record for consecutive games. Cal broke Lou Gehrig’s “Iron Man” record by playing in 2,131 straight games.

I remember thinking how long that was to do one thing. He hadn’t missed a day of ball for the majority of my lifetime. That passion mystified me.

What I didn’t know then, couldn’t have known, was that I had begun a streak of my own. I would barely leave college one way or another for a couple decades. Seven years plus as a student, and a decade plus more as an instructor.

We rarely know how many paths will be available to us so near the beginning of life’s journeys. And we’re even less clear on which of those paths we might end up following. But looking back to measure progress and lessons learned is a good practice, maybe even a spiritual one.

Like me in my younger days, a lot of us need another step before we can apply a quote like that to our lives in a healthy way. We need to understand the worth each of us has.

I wasn’t just a skinny freshman whose value depended on what others around me thought. Our worth comes from a higher place, and we all have immense potential to grow from our less than impressive moments into people whose existence is defined by love.