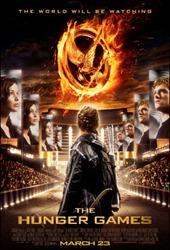 Since the rebellion 74 years ago, the government of Panem has staged Hunger Games once annually. The purpose of the games is ostensibly to remind the districts of the cost of rebellion, to showcase the Capitol’s strength and to celebrate the high cost of peace.

But like every Empire, the real reason the Capitol stages the Games is to distract and entertain its citizens. To distract them from the Capitol’s injustice.

Collins calls her dystopian nation Panem, a reference to the Latin phrase panem et circenses (bread and circuses). During the slow decline of the Roman Empire, the writer Juvenal wryly observed that,

Already long ago, from when we sold our vote to no man, the People have abdicated our duties. For the People… now restrains itself and anxiously hopes for just two things: bread and circuses. 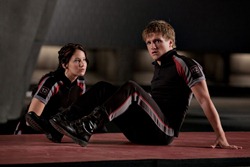 Juvenal refers to the rampant corruption in Rome in his day (circa 100 CE), when politicians gave out free bread and sponsored elaborate games to buy the affections of the Roman citizens. The citizens gave little thought to the state of the Empire, so long as they were fed and distracted by the circuses.

The parallels to Panem are obvious, but we’d do well to look hard at how our own Empire distracts us with bread and circuses.

We too live at the top of the world’s heap. We are the wealthiest nation in human history. We live more luxuriously than anyone in history could have imagined. But on some level, we know the rest of the world doesn’t live like we do. 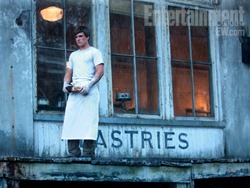 I doubt we could actually live day-to-day with full knowledge of the gulf between us and the rest of the world. So we distract ourselves the same way the powerful have always distracted: bread and circuses.

Reality television turns allegedly ‘ordinary’ persons into heroes – or villains – for us to cheer. Whether it’s to find true love, win a giant prize or even traveling around the world, these everyday people become a spectacle.

Slacktivism is the trend du jour. In order to feel good about ourselves, we buy TOMS shoes or retweet KONY2012 videos. Most of us don’t do much research about the causes we click; we just click away and feel that we’ve done something good for all those poor, impoverished people… out there… somewhere.

The problem is not with the links we click. It’s that we stop there, short of any interaction that actually costs us anything. 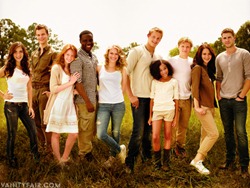 Just as the Capitol did with Katniss, we transform people we’ve never met who live a world (and cultures) away into heroes because they’ve survived such awful conditions (as though they had some sort of choice). Most of us have never been to any of these countries (or really anywhere in the Global South). We don’t know these people. Our constructs of them amount to a latter-day incarnation of the Noble Savage.

Even more problematic is our participation in The Hunger Games. The books and film are primarily entertainment. Just like the Games in the story. It’s at least somewhat ironic that we in the first world flocked in record-breaking numbers to see a movie about an Evil Empire that uses entertainment to numb its citizens to the suffering outside is borders.

Injustice in the world is real. It’s complicated. And rather than face it, rather than figure it out, a lot of us hide behind slacktivism and entertainment.

While some reality TV is exploitative and cruel – the new show Repo Games, for instance, turns the lower classes’ monetary struggles into a game show – television isn’t inherently evil. There’s nothing especially wrong with buying a pair of shoes, retweeting a video or going to see a movie. But don’t let it stop there. Don’t be distracted by bread and circuses. Don’t let stories distract you from the realities around you. Use them to draw you into those realities. To meet the people behind the stories. To effect real and lasting change.

In other words, don’t let your engagement with The Hunger Games look like this:

YOUR TURN: Where do you see Bread and Circuses in our culture? Were you conflicted about The Hunger Games‘ message?

Next Week: How The Hunger Games teaches us to fight injustice with our bodies.