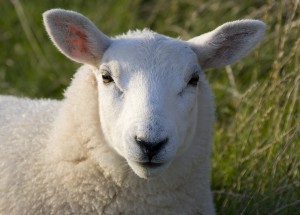 The ewe returned after many years, seeking the shepherd from her youth.

The shepherd was well known in these hills, a celebrity of sorts, who held to the old ways and wasn’t afraid to tell his flock the failings of other shepherds they came across. Those other shepherds didn’t understand what it meant to be dedicated. They were a bit slow. They used improper grammar and had strange ideas and lived too close to the city and wore the wrong clothes and most of all they didn’t agree with him.

He had a name, of course, but no one had called him anything other than Shepherd Dousing for many years. “Dousing” because, they said, he could find water even in the leanest drought years.

In the years since the ewe’s exit, Shepherd Dousing’s flock had grown large, and young people who wanted to be shepherds gathered to hear his wisdom. He had written many books about shepherding, and his followers read them and quoted from them with great fervor. He had a large flock, one of the largest in the nation.

Shepherd Dousing recognized the ewe at once. He slung his whip on his belt (he never used a staff… a whip made a pleasing crack and reminded the sheep to listen carefully), and put his hands on his hips. “So, after all these years you’ve returned,” he said. There was not a sneer in his voice. We wore the dark suit he had always worn, perfectly pressed, the chain of his pocket watch golden bright, the silk of his tie shining like a stream of water until it disappeared beneath his vest.

“Yes,” the ewe said. “I know that when I was a lamb you did your best. But I’ve returned to share some ways I felt unsafe, in the hopes that you might become an even better shepherd.”

The shepherd snorted. “Is that so? I had heard that you have been gossiping about me in the so-called flock you run with now.” He cracked his whip and his sheep came bleating and leaping to his side. His student shepherds came as well, each holding their own whips. “Listen well to this ewe.” He nodded at her. “Go on.”

The ewe nervously stamped the ground. “When I was a lamb,” she said, “I befriended a strange sheep. He had come to learn from Shepherd Dousing, and my sire and dam invited him to bed down with our own family.”

“This strange sheep would watch me with his green eyes in the night, and lick his too-sharp teeth.” The flock bleated nervously. The ewe turned her side, revealing a network of deep scars where no wool grew. “One night he dragged me from the flock. My sire cried for help, but Shepherd Dousing did nothing. My sire found me, and chased the strange sheep into the night.”

“Ha!” Shepherd Dousing slapped his knee. “So that’s your story. What else have you to say, O Troublemaker? What other lies will you use to terrify my flock?” 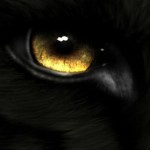 The ewe stepped back. “Only one thing more… Shepherd Dousing, I don’t understand why you didn’t believe me that night, or why you embraced that wolf back into your flock.”

A great bleating arose from the sheep. Could it be? Did their shepherd truly allow a wolf into the fold?

“Your own words reveal your lies,” the shepherd announced, his face shining in triumph. “Today you call it was a wolf, but years ago did you not say it was only ‘a strange sheep’?”

“I was but a lamb, and confused, and wounded.”

“Even now you called it a strange sheep.”

“I did not know what a wolf looked like. It was disguised.”

“Ha. I suppose this so-called wolf had wool? And did it bleat and leap about like a sheep as well? And your sire must surely have known what a wolf looks like, and yet he invited this ‘strange sheep’ to bed down beside your family?”

“Confirmed!” the shepherd shouted. “So you yourself admit it was, indeed, a sheep and not a wolf.” With a great flourish he bowed to his audience, which responded with an appreciative chorus of bleats from the sheep and applause from the people.

“He was a wolf! Disguised as a sheep! And you let him into the flock.”

“If he was a wolf your sire should not have allowed him to bed down beside your family.”

“If he was a wolf, you should not have never been so close.”

“If he was a wolf, a shepherd certainly would not let him into the flock.”

“Proving he could not have been a wolf. Q.E.D.” Once again, appreciative applause and cheerful bleats from the audience.
“But then you drove my sire out of the flock!”

“For failing to protect you, his own lamb.”

“But you also failed to protect me.”

“Were you sheared in your season? Did you have a place to rest your head? Did I not show you narrow paths to walk upon?”

“I did not lack any of those things.”

The shepherd grinned. “So you admit I was an exemplary shepherd.”

“Except you did not protect me from the wolf.”

“The strange sheep,” the shepherd said, correcting her. He frowned. “I remember you well. You were always headstrong and likely to wander. Even now you have joined some other flock, that doesn’t walk in our paths. A flock without a shepherd. A wild flock.”

“So you have come to attack me,” the shepherd said. “Just like your sire attacked another sheep. You were always a violent family.”

The ewe bleated in distress. “I only wanted to be protected.”

“There is nothing for you here,” the shepherd said, his hand resting on his whip. He turned to the flock and his under-shepherds. “Now let us show this sheep what it looks like to be herded by true shepherds.” 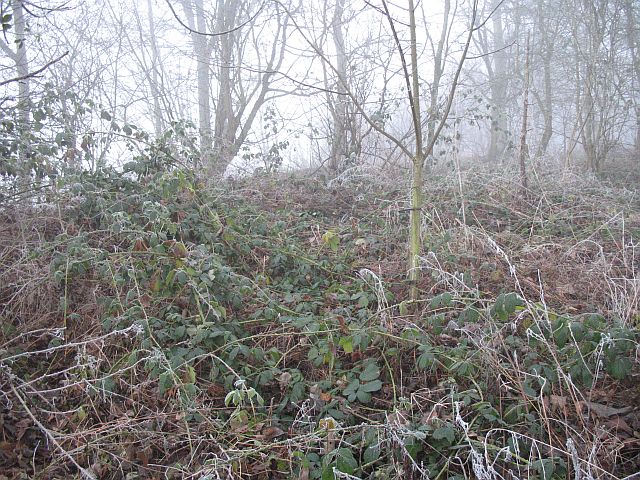 He removed the whip from his belt, and with a great flourish he whipped the ewe in front of all assembled. She bleated in terror and tried to escape, but wherever she turned he waited for her already. She begged him for mercy, but there was only the crack and sting of his whip, and the laughter and jeers of the crowd. At last she scrambled into the brush and he could not reach her any longer, but he stood outside the thorn bushes for a long hour, shouting abuse at her until the sun set.

She lay on her side for many hours, shivering in the cold, the stars turning above her like bright eyes in the darkness. She feared to pull herself from the brush, for she did not know if a wolf or Shepherd Dousing might be waiting for her.

At last an old man came down the path. He wore a misshapen raincoat. His arms were criss-crossed with white scars, and his face with deep-creased wrinkles. His shoulders were bent with years, and his back curved like the top of his shepherd’s crook.

He got down on his knees and looked into the brush. “Hallo there little lamb,” he said. “I’ve come a long way to find ya. I heard a lost sheep had been hurt.”

“I don’t need a shepherd,” the ewe said, trembling.

The old man gave her a little more space. “Yer bleeding,” he said, and his voice was kind. “Come with me and I will bind yer wounds. Ya can go on yer own way after that, do as ya will.”

“I can’t move,” she said. Her limbs were stiff and cold.

“Ah, wee lamb,” the old man said. “That’s why I carry a crook.” He reached in gently with the bent end of the crook, and pulled her toward him. He felt her carefully, searching for broken places. “A whip does wonders for chasing a sheep away, but a staff draws ‘em near.”

The ewe felt a great, overwhelming sadness settle in her chest. “Is your flock far from here?”

The old man looked in the direction Shepherd Dowsing had gone. “Aye. Far indeed, and the trail is rough, through narrow passes and treacherous stones. But I will carry ya, dear little lamb.”

She didn’t think he could lift her, for he was old and crooked. He didn’t have the look of the shepherds of her youth. He was plain and ancient. He had no watch. He wore no suit. She did not imagine that others would aspire to look as he looked. But those wrinkled hands were more gentle than any others, and when he lifted her onto his shoulders and stood, she relaxed and felt, at last, a deep sense of safety.

“Dousing ain’t never dirtied hisself,” the old man said. “He collects wool and eats mutton dinners. He writes his books and prances about the flock.”

“He did lead us to water, and cool green grass.”

“Only when other folk saw ya, I’d wager.”

She thought on this and discovered it was true. Dousing had a way of caring for them when the attention of other people was turned toward him, and he made loud announcements of how he had cared for them, so that they wouldn’t forget. Anyone who complained met his whip. Anyone who asked questions was driven away.

In the weeks to come, the ewe’s wounds healed. The old man put a sharp-smelling medicine on the marks from the whip, and the tears from the briars. She learned to leap and play with the other sheep. The old man led them along cool water and even in barren places he found patches of grass. More than once she woke in the night to see him standing on the edge of the flock, looking into the darkness, his staff gripped tightly in his hand.

One day, as they stood drinking from a deep stream, she thought of Shepherd Dousing, and she began to shiver. She couldn’t stop shaking. The old man noticed, and he bent down beside her at the stream’s edge. “He weren’t never yer shepherd,” the old man whispered. “He weren’t nothing but another sort of wolf.” That day he lifted her on his shoulders, and he carried her long after she had stopped shaking.

She grew used to him, and his flock. She loved to hear him, in the evening and the morning when he would lean on his staff and say, “Come on then, little lambs. Come on then, time to move along.”

When he called, she gladly followed. 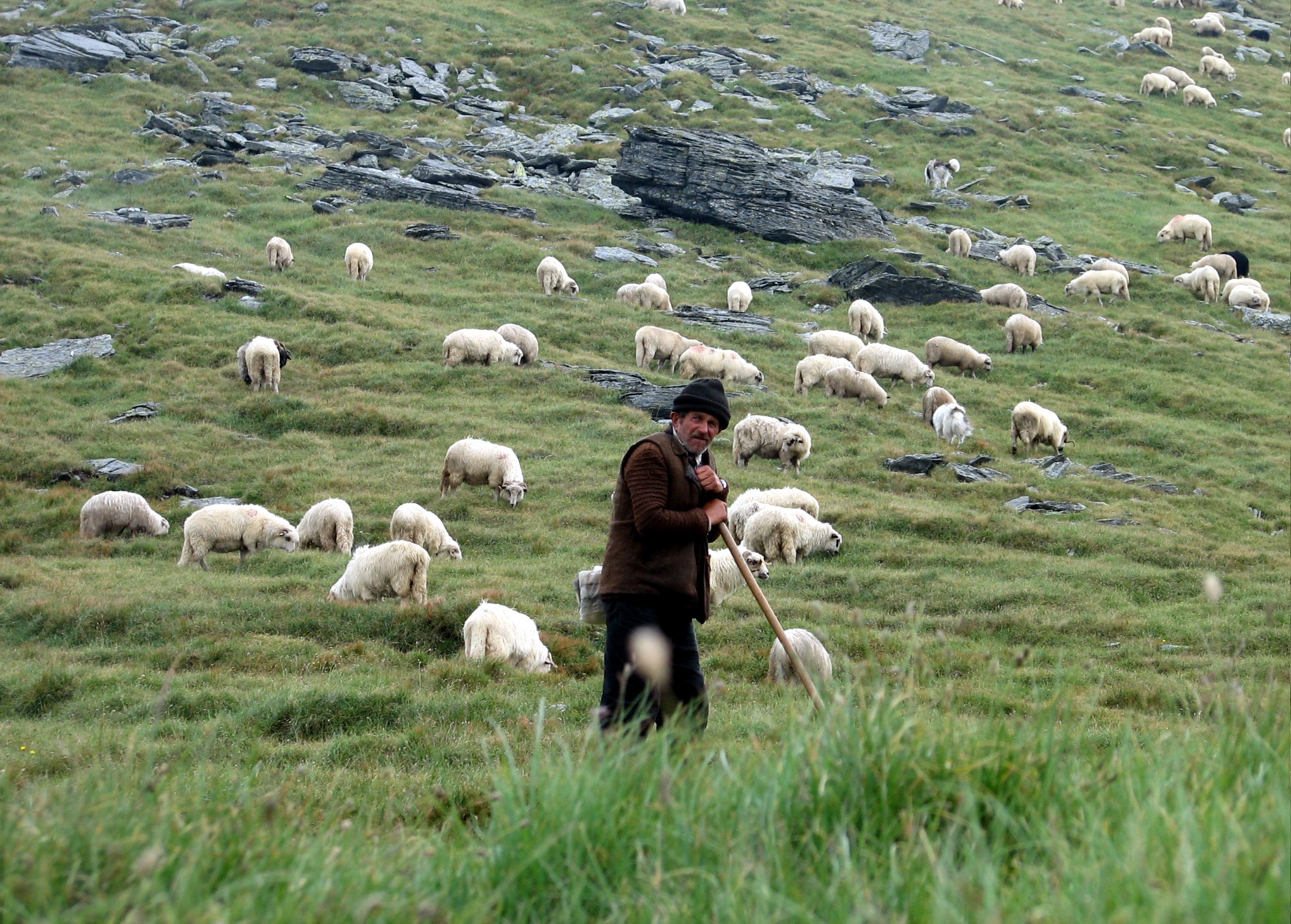