This week Clay and JButt devour the topic of food, specifically–at least by way of pickled pizza–Thanksgiving fare. Is it really all that and a bag of turkey giblets? What do YOU think? It’s really been eating away at us. 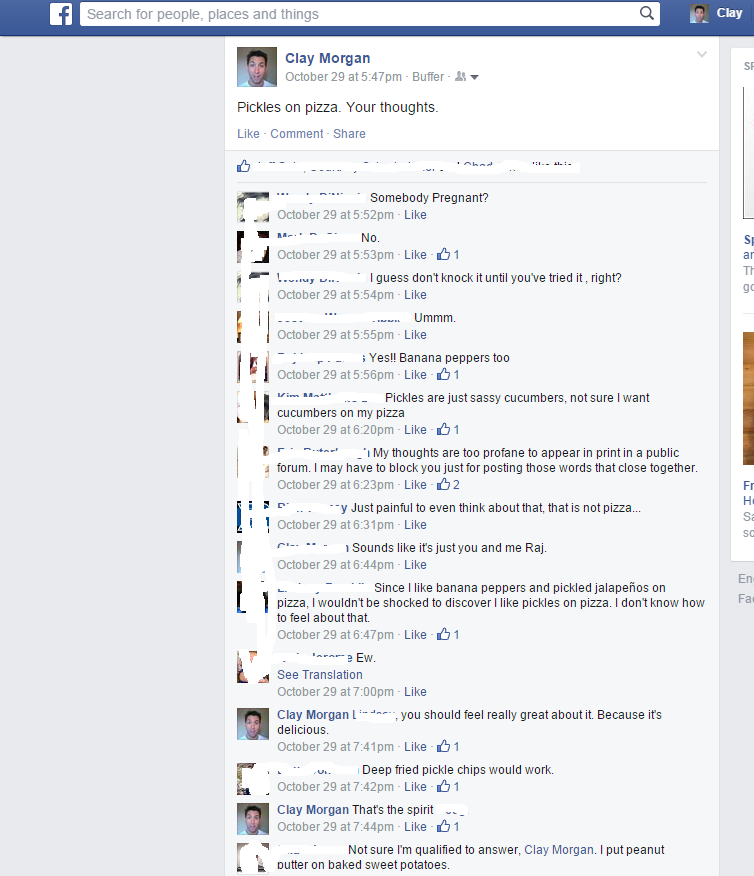 Clay: IT’S SO GOOD. First discovered the amazing flavor when a place called Mm Mm Pizza made Buffalo Chicken Pizza. Have you ever even tried it? 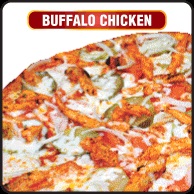 JButt: I make it a point to try everything at least once unless it is gross. I feel like there’s just so much living to be done in good food. Which is why this is my favorite time of year. THE FOOD, CLAY, THE FOOD. #gluttony

Clay: Finally something we agree on. I love food. Thanksgiving rocks, although I’m not afraid to buck tradition when it comes to Turkey Day offerings.

JButt: UMMMM, this makes me nervous. I’m almost afraid to ask what your favorite side dish is. It’s probably the sweet potato casserole, isn’t it.

Clay: A-DOI. Sweet potato casserole IS the best. With melted marshmallows. Don’t tell me you like those god awful cranberries.

JButt: Ocean Spray Canned Cranberries, Can Ridges Included. But no. And you do know REAL potatoes exist and are actually SUPER available during Thanksgiving, right?

Clay: I love potatoes, okay? I LOVE POTATOES. Sweet potatoes totes count and are especially making a comeback these days in the form of fries that are probably healthy. Also, I’m nostalgic for how my mom used to always set the marshmallow part on fire as our family gathered around to take pictures instead of helping her put out the flames.

JButt: LOOK, I like sweet potatoes and cranberries and basically anything anyone puts on a plate and hands to me. But there’s a hierarchy to the Thanksgiving table, and sweet potatoes aren’t at the top. THEY AREN’T.

Clay: I bet you put turkey at the top don’t you? I bet in your world turkey is the kaiser of Thanksgiving.

JButt: I legitimately feel bad for people who have never had my family’s Thanksgiving turkey. But as perfect as it is, my favorite is actually my family’s cornbread dressing. We’ve gotten to the point where we basically make one recipe PER PERSON. It’s the stuff of legend, Clay. LEGEND.

Clay: So is that like dressing for cornbread or is it a dressing made of cornbread which you then slather over everything. Because turkey definitely needs to be slathered to be edible since it’s so dry.

JButt: DRESSING MADE OF CORNBREAD GOOD GRIEF I AM WORKING WITH AN AMATEUR HERE. And I need to point out our turkeys are never dry. Our turkeys are what turkeys ASPIRE to be.

Clay: I’m not sure turkeys aspire to be slaughtered and eaten, but go on.

JButt: My family cooks for somewhere around eleven hundred hours straight. Thanksgiving in my family is a CULMINATION of our cookery magic. Your ignorance cuts deep, Clay, and I am PERSONALLY AFFRONTED.

Clay: Sometimes my family cheats and serves other birds for Thanksgiving instead. But then we feel the cold stare of culture’s judgy eyes. Personally, I’d rather just have a smorgasbord of Chinese food for the big meal.

JButt: *sputters in disbelief* OKAY, THAT’S IT, SOMEBODY HOLD ME BACK. We can’t even have this discussion anymore. You’ve been disqualified. Go eat your General Tso’s, you Grinch.

Clay: How can I be a Grinch IT’S NOT EVEN CHRISTMAS. Look, I enjoy Thanksgiving, especially the football, but the food is just famous because we eat so much of it, not because it’s the very best.

JButt: Wrong. So, SO wrong. Norman Rockwell is turning over in his grave.

Clay: Norman Rockwell put freaking celery on his table! How gross is that?

I mean, it’s not like Pilgrims had their choice of delicacies and chose turkey. Pickings were usually slim. We could just as easily have been saddled with cod or waterfowl. It’s time for Turkey Day to evolve into something better, I say. Let’s get some Asian cuisine or Tex-Mex in the mix.

JButt: Oh, right. Let’s just totally forget about Thanksgiving and just meet up at the Chinese buffet like we do every other Sunday after church. YOU. ARE. KILLING ME.

Clay: I just don’t think it really matters what you eat on Thanksgiving. If your family gets together for Pad Thai and breaks fortune cookies it’s still a time to be thankful for family and football. But I refuse to celebrate celery OR cranberries. Homemade stuffing is overrated too because they always try to sneak the celery in that way.

JButt: UGHHHH. WHO HURT YOU, CLAY?

Clay: Actually, some of that Stove Top stuffing isn’t so bad.

JButt: I don’t even know you anymore.