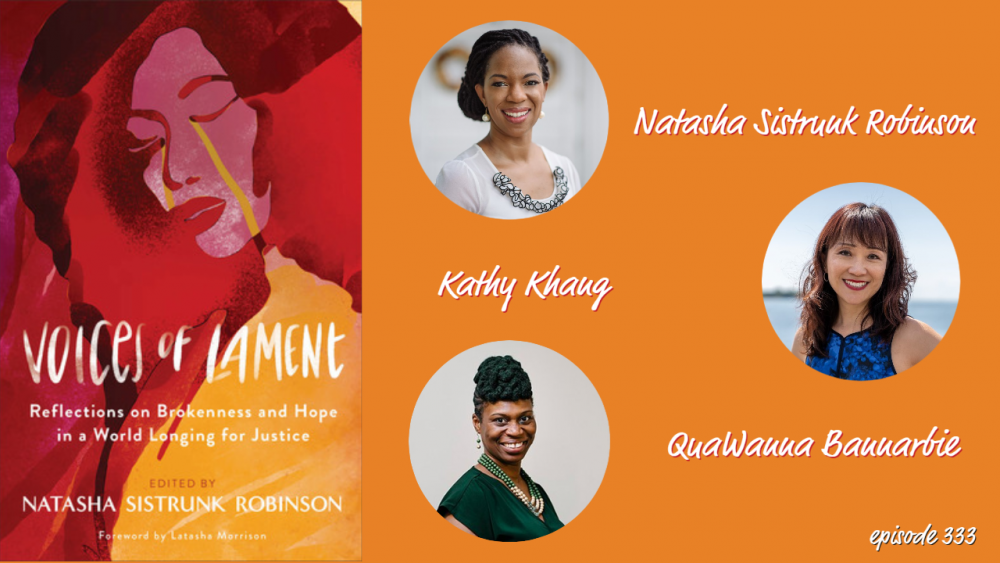 Voices of Lament is a powerful collection of essays by women of color, all inspired by Psalm 37. What if there's more to life that the pursuit of happiness? What if it's good to admit we're not okay? Since Kathy has an essay in this collection, she ditches the guys and brings on editor Natasha Sistrunk Robinson and fellow contributor QuaWanna Bannarbie.