Before I was old enough to start school as a child, I spent many of my days at either the bar or the ranch. Those might not seem like the most likely settings for a young boy from an evangelical Christian home, what with all the drinking and rowdy rodeos, but it was a delightful replacement for pre-k and kindergarten, which I skipped.

I don’t mean to imply that mom just dropped me off at seedy, neighborhood locales. I was among loving family. Grandma Morgan owned and operated Morgan’s Tavern, which sat literally across the yard from the house she shared with two of my Great Aunts. 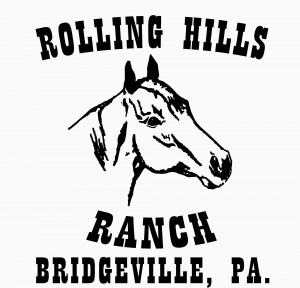 My maternal grandma’s twin sister and husband–Aunt Arlene and Uncle Earl–owned and operated Rolling Hills Ranch, a wonderful spot with dozens of acres just a couple minutes from home. Thousands of visitors have enjoyed an hour or more of horseback riding at Rolling Hills. The Red Hot Chili Peppers showed up there and rode during the first year of Lollapalooza in the early 90s. When I last checked, their faded signatures still adorned the office door to the main barn.

While older sisters Bethany and Shannon attended school, I roamed around the farm. Uncle Earl took me all over on the tractor. I loved riding up front on his lap, pretending to steer the big black wheel as a cool morning breeze blew against our faces. He’d show me how tools worked, then we’d duck back into the house for whatever lunch Aunt Arlene had prepared.

I always loved feeding handfuls of carrots to the horses. Their whiskered lips tickled my palm. You just had to make sure you knew who the biters were. The nice ones would take their treat and I’d get to pet them more. Seemed like a fair exchange, although now that I think about it those horses might have been playing me.

A fire broke out in the early 80s. One of the barns burned and a horse died. I remember standing on a mound of dirt, trying to survey the damage while adults spoke about adult things in hushed tones. I didn’t get to feed carrots to any horses that day.

My cousin Jackie was a champion barrel racer. I have an early memory of being at one of the rodeos. The races were cool, although I must have been more inspired by the cotton candy for this particular memory. Some cool framed photos of her competing still exist. I’m always amazed at how tightly they took the turns, as if a horse and rider could defy the laws of physics. You have to be fearless to do that sport.

My sisters rode. Not just at the farm either. They’d show up at the house on horseback, and we wouldn’t have any more apples after that. Sidewalks were broken. A fence gate was bent and to this day is misaligned. One time the chief of police pulled them over for riding down the highway.

I was younger and less interested. Still, Shannon and I would make the 20 minute walk to the farm on summer days to go riding. My favorite horse to ride was Smokey, a retired NYPD horse who still bore the brand of his service to the people of New York. While out riding, my sister Shannon would sometimes take off for a quick jump over a creek or fallen tree, egging on my horse to follow. I would yell, and she would laugh as I clung for my young life. So much power in a sudden lunge like that, but Smokey kept me safe every time.

By high school, Uncle Earl hooked Shannon up with a horse of her own. The first one was named Repo, but they called him Andy. He tried to kick one of the farm guys in the head, so he went away after that. That’s when she got Mickey, a really great horse. He got Moon Blindness and could only see out of one eye. His bad eye was permanently cloudy, like watery milk, and I never wanted to startle him by approaching from his blindside. I can’t remember how he got that. They were always worried about strangles or something, but I think that was a separate equine affliction.

After Mickey came Lacey. Her parents were a hack horse named M&M and the King of Rolling Hills–Charger. Uncle Earl asked Bethany and Shannon to work with Lacey from the time she was a baby, so they did. Eventually, Cousin Jackie the Barrel Racer took her to break her and get her ready for sale.

I haven’t thought about most of these stories for a long time. We grow up so fully immersed in the ways of our families that it’s often hard to recall who we were so long after we become who we are.

If you’ve been around a television and/or human in the past few days you’ve probably heard about horse racing at the highest level. American Pharoah just became the first horse in 37 years to win the Triple Crown, which is The Kentucky Derby, Preakness, and Belmont Stakes.

Here’s video of the historic event:

I had this exchange on Twitter a few weeks ago with an old friend just a few hours before The Preakness, and realized how little an adult friend would know about the family I grew up around.

Any horse racing watchers out there? Who's gonna win the #Preakness today? I'm guessing Firing Line.

Fair questions there. Who am I to care about any of this stuff?

During my college years, we’d go to a racetrack in Southwestern Pennsylvania called The Meadows to watch live harness racing. It’s a slower pace, and the jockeys ride two-wheeled carts. Shannon showed me how to place bets, and we had fun with it. Nothing crazy. A couple bucks here and there. When in doubt you could just put two dollars on a jockey named Dave Palone to show (finish in the top 3). Pretty cheap night out, really. Palone is now the winningest harness racing driver ever in the world.

My favorite winner was a horse named JR. Ramalangadingdong. The announcer’s call down the home stretch was epic on that horse, who happened to pay off for me.

So we were thrilled this year when American Pharoah won em all. For years at home, the big three horse races always came on TV no matter what we were doing. We watched a lot of horses go for the Triple Crown. A bunch of them got the first two, but all three is one of the single hardest things to do in all of sports.

My Aunt went to the 1965 Kentucky Derby, fifty years ago. She remembers the famous fire that broke out in the grandstand that year. It was far less devastating than the fire at Rolling Hills, and they were able to take care of the blaze before a colt named Lucky Debonair raced to victory.

My family and I often exchange text messages and calls on race days. Shannon and I Skyped each other for this year’s Kentucky Derby, when American Pharoah captured the first leg of the Crown.

Before the Belmont, I spent over an hour on the phone with my mom and aunt back in Pittsburgh. We’ve been diving into Ancestry.com, parsing amazing public records and other documents to learn stuff about our family we never knew. In learning more about our family’s heritage, it’s fascinating to see what things have served to connect us through the generations. Like horses.

We all watched as American Pharoah became just the 12th horse to win a Triple Crown. Even I was surprised at how excited I was, an irrational lump forming in my throat as he galloped down the stretch. I suppose the unexpected emotion had something to do with beauty and a special creature, but more so with family and fond memories of good years spent with great people.

Oh yeah, I also won a few bucks on the race. Shannon placed a winning bet on American Pharoah for me because, as she put it, “I wanted my first betting buddy to have a winning ticket for a Triple Crown winner.”

So I guess maybe we did learn a thing or two back in the old days at the tavern and on the farm. Like I say, good years with great people.