Let’s start with the idea of privilege (not “white” privilege, just the general concept of privilege).

Let’s see what our friends over at Merriam Webster have to say:
Definition of privilege

The root word is interesting, as well. It comes from the Latin and means, basically, a “private law.” (privus = private; lex = law; put together they are privilegium)

Let’s explore this for a moment.

An example of guest privilege and family privilege

Imagine you were coming to my house as a guest for a meal. You are not a member of my household, so there would be certain privileges (immunities to our family rules) extended to you. 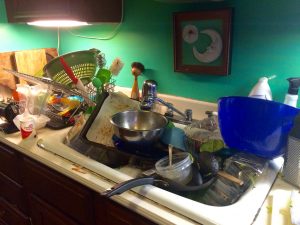 When the meal was done, rather than asking you to place your dishes in the dishwasher, I would ask one of my daughters to do so, or do it myself. If you chose to look at your smartphone during the entire meal, I would not ask you to put it away. Perhaps you would be served your food before we served everyone else.

Those privileges would be extended to you and only you: not me, not my wife, not my children.

You would be the recipient of guest privileges.

Now, you might point out that my children also have privileges, and you would be correct. They are going to live rent free in my home. They will receive rides to their various activities. They are welcome, at night before they go to bed, to come sit on our bed and chat with us. You are not a recipient of those particular privileges, those are family privileges and reserved for our family (and those who are very close to family).

So, if privilege is simply an advantage or benefit – a right or immunity – we see that there can be privilege for many aspects of our lives. 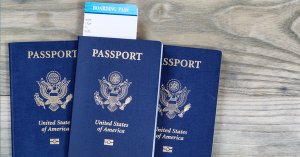 For instance, there are certain privileges for being an American citizen. That is a set of privileges that can be earned (by the naturalization process) or unearned (by being born into citizenship), and it includes many wonderful things: the right to vote, access to social security, the ability to get a US passport (and so on). Some of those privileges require something more as well (a certain age, for instance). Other American privileges are only for natural citizens, not naturalized ones (the ability to run for president).

The question I like to use for recognizing my privileges is this: All other things being equal, does this trait or status give me an advantage of some kind? Note that this does not mean that there may not be disadvantages as well (check out the article below about “being tall.”)

So, is there privilege associated with being wealthy? Well, all other things being equal are there advantages to being rich rather than poor? I would say yes.

Is it a privilege to be an American citizen? All other things being equal, if I live in the United States, would I rather be a citizen or a non-citizen? I would definitely rather be a citizen, because there are rights and yes, privileges, that I want to enjoy.

There are privileges involved in many aspects of our lives and persons. Marital status. Family history. Education. Class. Appearance. Ability. Gender. Ethnicity. Connections. Orientation. Talents. The religious community I belong to. And so on.

So. Let’s talk about white privilege, then.

First, a reminder: White privilege is not the same as racism. I am not saying, “you are white and therefore guilty.”

So, here comes our basic question: “All other things being equal, is there a benefit or advantage to being white?”

If you are applying for a job, is there an advantage to being white vs. another ethnicity?

If you are driving down the street, and a police officer pulls you over, is there a benefit or advantage to being white vs. another ethnicity?

If you are caught stealing a pack of cigarettes, is there a benefit or advantage to being white?

If you are buying a house, is there an advantage to being white vs. another ethnicity?

Now, you might want to argue that this is a class vs. race issue, and in some of these examples that would be a fair objection. Poverty has a massive effect on things like education, criminal behavior and so on. And less than a third of African American families in Multnomah County own their homes, compared to 60% of white families.

Well, the practice of “redlining” was in force in Portland all the way into the 1990s. Basically, banks refused to give loans to African Americans because of their race unless they were purchasing in the “right neighborhoods.” So in the Portland area, the POSSIBILITY of getting a mortgage has only been available to the African American community for the last 30 years or so. This effects stability, accumulation of wealth, and generational passing of wealth.

It is harder to get a job interview as a black person than a white person. People of color are paid less for the same work and scrutinized more closely in their work.

Which is only to say: there are certain advantages to being white. 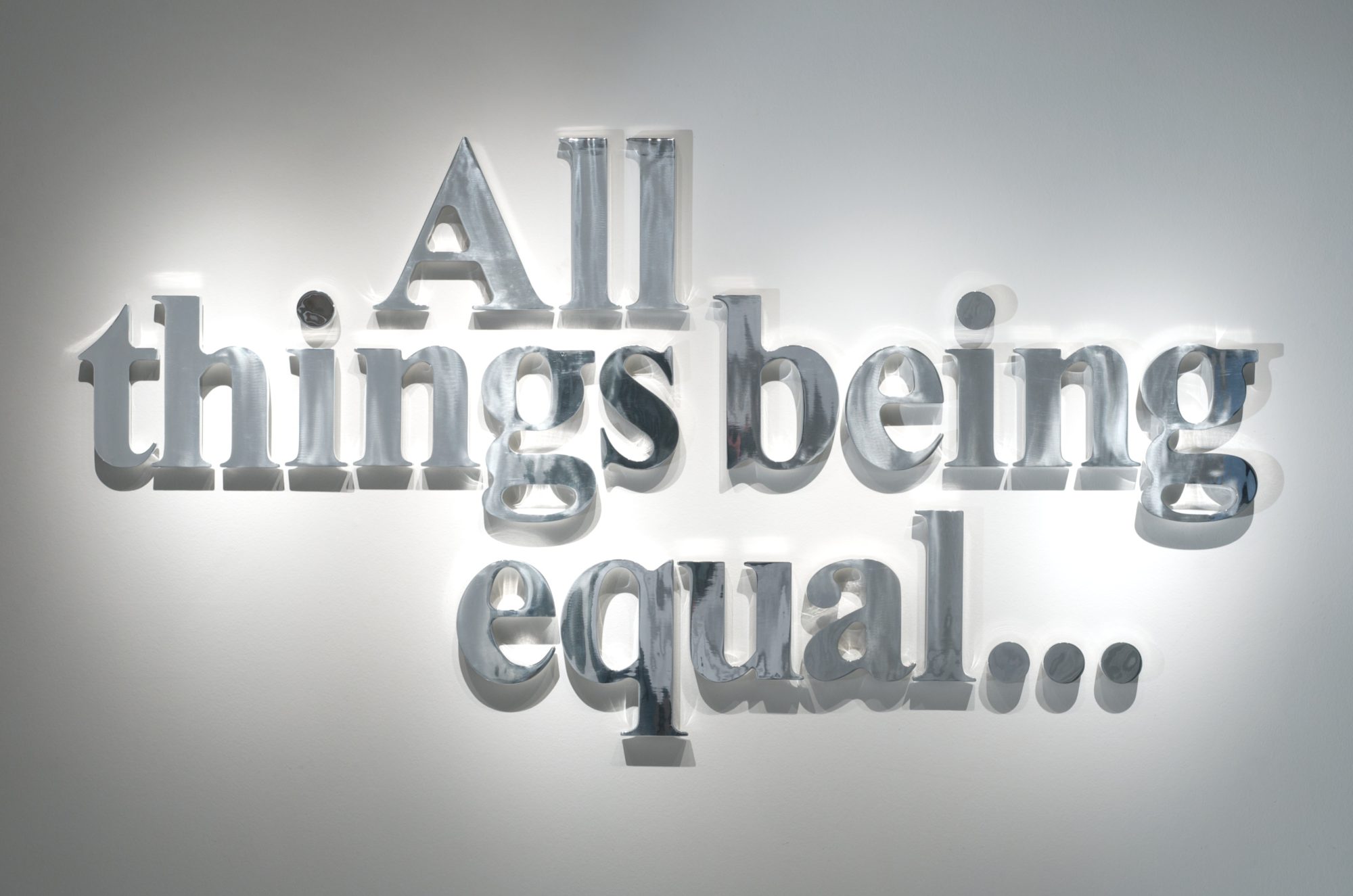 I personally didn’t make anyone poor. I didn’t deny anyone any loans. I haven’t put anyone in jail, or suspended anyone from school. Any of those actions which are racist were not performed or approved by me. That’s not what white privilege is. White privilege is simply the fact that, ALL THINGS BEING EQUAL in my community, being white has certain advantages.

Now, the advantages are not all necessarily rooted in injustice. Just being part of the “majority culture” provides me certain advantages: I can assume that my cultural preferences and desires are going to usually be taken into account, because “most people” have similar preferences and desires. So, for instance, until recently it wasn’t a big deal to many that the “flesh” colored crayon matched my skin tone. “My type” of music (or at least something from my cultural heritage) is more likely to be playing in a department store. If I have an issue at a store, I can be relatively sure that someone of my ethnicity or from my culture is one of the managers and is going to (a) understand my complaint and (b) do something about it. No one is going to touch my hair because it is “different” than the majority “norm.” (The “norm” is typically defined by the “majority” of people.)

All of this to say: Being a recipient of white privilege does not require that I be racist, any more than being a citizen of the United States requires that I hate someone who is here on a tourist visa.

Can white privilege create racist underpinnings in my life? Yes, but that’s not what this article is about.

Can the desire to protect my privilege cause me to act in racist ways? Yes, but we’re not talking about that here.

Can I have white privilege and USE that privilege for the greater good, and for people who do not have my same privileges? Yes, absolutely… but again, this article is not about that.

So what is this article about?

The main point is this: All other things being equal, in many situations in the United States, there are advantages to being white.

That is what white privilege is, pure and simple.

I have white privileges.

If you are white, you have white privileges.

That’s not evil. It’s not racist. It’s just the way it is. Is it evidence of systemic racism and oppression in our past and present? Well, I think so, but that’s another article, too.

The most important question is this: Given that white privilege exists, what is the moral action for people who are beneficiaries of that privilege?

For Further Reading on this topic:

“Unpacking the Invisible Knapsack” — The article that popularized the term “white privilege.”

o a Broke White Person  — An article working specifically on the question of whether disadvantaged (impoverished) white people would still be recipients of “white privilege” (written by a white woman who grew up poor).

Helpful statistics. Money quote from this article: “In America’s four-and-a-half-centuries-old relay race, the phrase “white privilege” does not mean that Caucasians can’t run fast; it is just a matter-of-fact acknowledgment that they got a head start.”

White privilege explained using the metaphor of tall versus short

And, just for fun: The privilege of being the Batman!