Well, the New England Patriots won the Super Bowl. Again. Apparently tired of hearing criticism about the unfair advantages they’ve held from time to time, Tom Brady and company went ahead and spotted the Atlanta Falcons a 25-point lead before the Dirty Birds decided to impersonate the Red Sea circa ancient Israel.

Don’t get me wrong, the Patriots are still the worst, and some of their strategies over the years would’ve made the Nixon administration proud. Yet for a while now I’ve taken in New England games with all the cringing exhilaration of a Silence of the Lambs viewing. It’s horrifying to watch such evil brilliance, but dangit if I don’t want to watch Hannibal Lecter do it again. Even if my Pittsburgh Steelers do end up flayed and displayed like macabre angels.

There were other spectacles to take in for folks who don’t care about football. Millions of viewers saw the Patriots and Falcons as opening acts for Lady Gaga, who did her best Tom Cruise in Mission Impossible impersonation with an entrance that not even Tinker Bell on steroids could have pulled off.

Gaga crushed it. Donning shoulder pads and a leotard, presumably how the Falcons felt dressed by game’s end, Gaga’s grand finale was punctuated in super style as she leapt from the stage, presumably to her death because no one has seen her since. But she made an impressive midair football catch on her way down.

Houston hosted the event by virtue of its warm climate and the important tradition to uphold of the host city’s home team not being good enough to play in a Super Bowl. This tradition is also why Dallas could probably host the big game lots more times.

They say it was a game for the ages. Yes, it was a great one, but I’m not sure “ages” plural is accurate. Lots of civilizations have had their great contests, but I bet you can’t even name one Super Bowl winner from ancient Mesopotamia or medieval France. I’ll stand corrected if Tom Brady ends up alongside Joan of Arc in future history books, but we’ll all be long gone by then, so I won’t have to hear anyone say “told you so.”

The biggest surprise of the night was not the miraculous football comeback but the fact that I didn’t see one commercial with Peyton Manning in it. To be fair, I did look away a lot on account of how the Patriots being good has a tendency to trigger my gag reflex.

Elsewhere, the Puppy Bowl enthralled the nation once more, while the Kitten Bowl continues to be the New Coke of halftime Super Bowl animal shows. Nice try Hallmark Channel. Hit me up when you finally have a Honey Badger Bowl. It would look like The Hunger Games out there. Or better yet, let’s get an Iguana Bowl from the Discovery Channel.

That clip is also a perfect reenactment of how the Patriots night went.

Ultimately, the game went into Overtime, which means everyone who hates football but still got dragged into watching a dumb game were even angrier for having to stay out and up late. Personally, I felt like Winona Rider during an award speech as the Patriots stormed back in historic fashion. 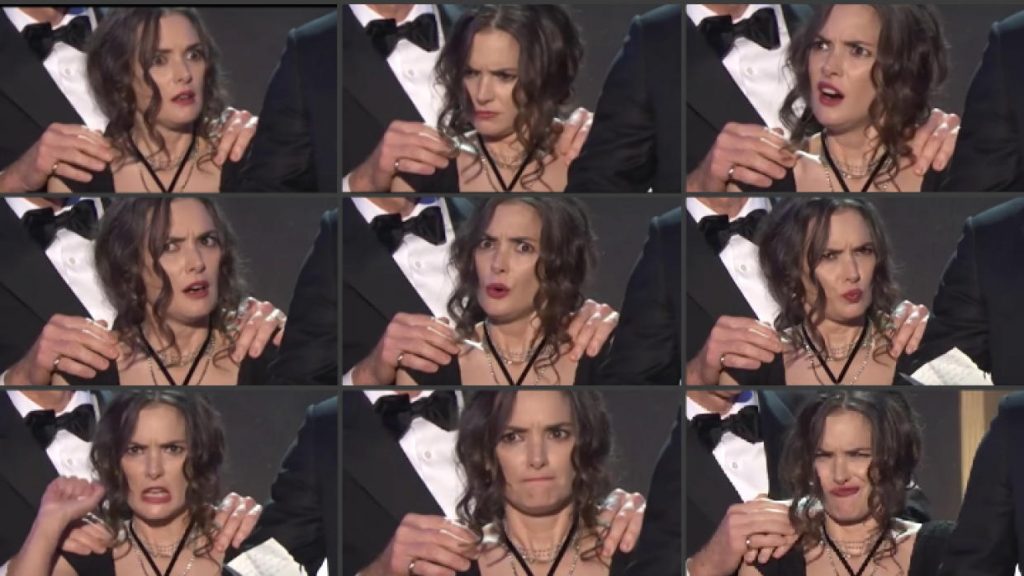 Conspiracy theorists will accuse the NFL of orchestrating the amazing win because they apparently don’t know how football or physics work. Granted, I don’t know anything about physics either, but not even Stan Lee could have written up this catch by Danny Amendola.

For New England fans, it’ll be the greatest catch in NFL history. Normal people will go as high as the third greatest catch ever. I’m talking football here, obvs, because everyone know that the true greatest catch of all time was Freddy Prinze Jr. with Jessica Biel in Summer Catch. 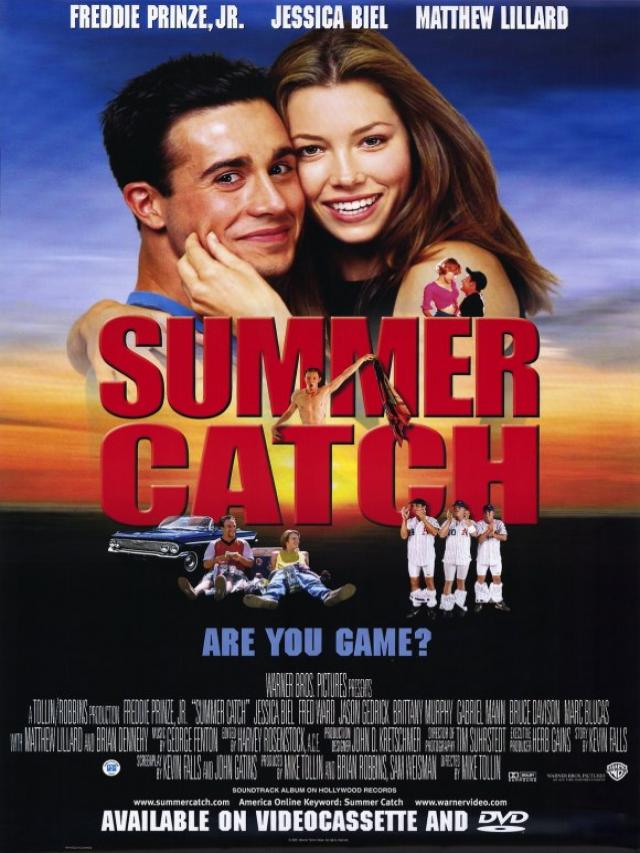 Sure, bag on Summer Catch all you want Mr. Amendola, but do YOU want to live in a world where Prinze Jr. and Matthew Lillard never make that movie together, paving the way for the greatest live action Scooby-Doo franchise ever made in 2002? Yeah, thought so pal. BTW, Summer Catch came out in 2001, the same year Tom Brady won his first of 73 championships. Coincidence? 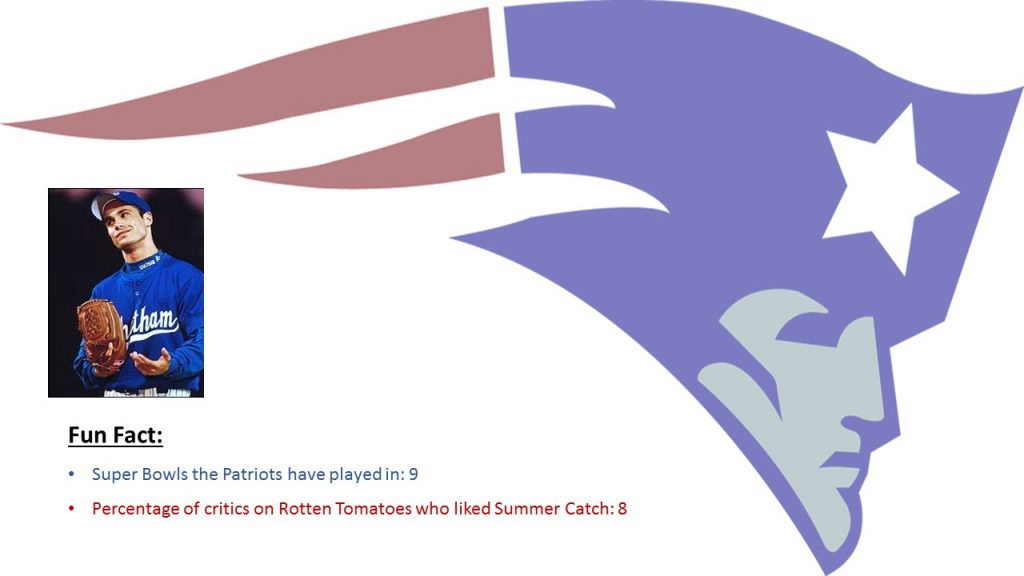 Commissioner Roger Goodell had to hand the Lombardi Trophy to Patriots head coach Bill Belichick in the most awkward stage hand-off since that time Ted Cruz made Carly Fiorina America’s next failed VP candidate by trying to hold her hand in public. Anyway, the important thing to remember out of all this is that the name Bill Belichick can be rearranged to spell “Ill Bible Chick.”

So it was a contest of biblical proportions after all, and a good time was had by all. Except for the Atlanta Falcons. And Falcons fans. And Patriots haters. And those little kids who got pummeled by Cam Newton.

Apparently the female in that spot is a famous model who was married to Orlando Bloom, which TOTALLY reminds that this happened!

Captain Jack is coming back, and I can’t wait.

We’ll see ya next year for Super Bowl 52 in… Minnesota? That can’t be accurate.

That’s apparently accurate, but who can tell anymore these days what with the media making up verifiable facts all over the place. So see you in 2018 in the bipolar city of Minneapolis, where the pop-up toaster was invented in 1919 as a heating device until a freezing resident accidentally dropped their sandwich in there and voila.

Until then, Patriots fans will be awaiting Tom Brady’s ascension into heaven during the city’s championship parade.