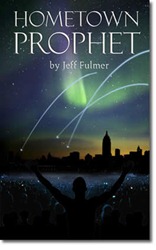 The Scriptures promise that in the latter days, God’s people will prophesy. So what happens when God start sending visions Old Testament-style to a rather unlikely fledgling follower living in the buckle of the Bible Belt?

Peter Quill is a 30-year-old man who’s tried to seize the American Dream and failed. Defeated and aimless, he’s just moved back in with his divorced mother to lick his wounds. Never an overly-spiritual person, Peter suddenly and inexplicably begins having dreams that turn out to be prophetic. Though they start small, soon Peter’s predictions draw more and more media attention, until he’s an unwilling star of Nashville’s religious community.

Hometown Prophet succeeds because Peter is such a normal, likeable guy. He’s got some insecurities, life hasn’t gone his way. But when push comes to shove, Peter makes some tough choices. Unlike the protagonist of many explicitly Christian novels, Peter feels like someone we know. 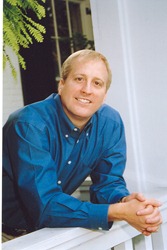 If you’re going to tell a story about an Old Testament-style prophet coming to the contemporary American Christian South, said prophet is going to have to be confrontational. Peter confronts the Nashville Evangelical Establishment with increasing courage and fire. His dreams call attention from everything to environmental issues to how Christians love those of other religions (::ahem:: Islam).

Watching Jeff slowly become the courageous and confrontational prophet is an engaging treat.

Of course, if you’re going to be an Old Testament prophet, you’d better be ready to face some opposition. And this is the one place Fulmer took the easy road. Though Peter does face some strong opposition, his enemies don’t live up to their foreshadowing. In the end, Peter’s happy ending seems too easy, to neat.

Prophets, after all, aren’t supposed to get happy endings.

But that’s a small quibble, and truly not the point in any case. Fulmer has given us a thought-provoking narrative look at the state of Evangelicalism. Because Fulmer fills the story with events based on actual, recent Nashville happenings, Peter’s quest feels immediate and urgent. None of the villains are wholly evil, and none of the heroes totally pure. And so we find a world in which the old prophetic challenges to the religious establishment are as fresh as ever.

Bottom Line: An entertaining, well-written and quick read that leaves you with something to chew on. Hometown Prophet is well-worth the few hours it’ll take you to finish it.

Disclosure of Material Connection: I received this book free from Speakeasy as part of their book review bloggers program. I was not required to write a positive review. The opinions I have expressed are my own. I am disclosing this in accordance with the Federal Trade Commission’s 16 CFR, Part 255: “Guides Concerning the Use of Endorsements and Testimonials in Advertising.”