One, I have another novel coming out early in 2015.

Two, I’d like you to help me choose the title! The survey is at the bottom of this post… feel free to skip down there if you want.

Three, cover artist M.S. Corley loves this book so much that he wants to do interior illustrations! We’re planning to run a Kickstarter campaign in January to make this a reality and make some cool swag available to all of you!

So, what’s this novel about?

Unlike every other kid in Capeville, John Ajax can’t fly, or shoot laser beams out of his eyes, or crush a brick in his bare hands. He doesn’t have a souped-up car, cool codename, or stylish spandex uniform. He does have a drill-sergeant grandfather, a crush on his boss (Jupiter Girl, a flying, brick-crushing, psychic powerhouse. No laser eyes.), and a best friend with speedster powers and poor impulse control. He also has a job at a retirement home for super villains, where John discovers that one of the villains hasn’t really embraced the whole “retired” concept, and he has a nefarious plan linked to the Black Vulture, a vigilante who died fifteen years ago.

Now John has a psycho mass murderer trying to wreck his summer by killing every super-powered person in the city. If that happens John will lose his job, the respect of Jupiter Girl, and his best friend, too. So mass murder, that’s where John plans to draw the line. He may not be able to leap tall buildings in a single bound, but maybe, just maybe, he can still be a hero.

It’s a really fun book. You’re going to enjoy it.

If I’m going to help you pick a title, I want to know more.

Here are some rough character sketches Mr. Corley did after reading the book, and a couple notes on the characters. 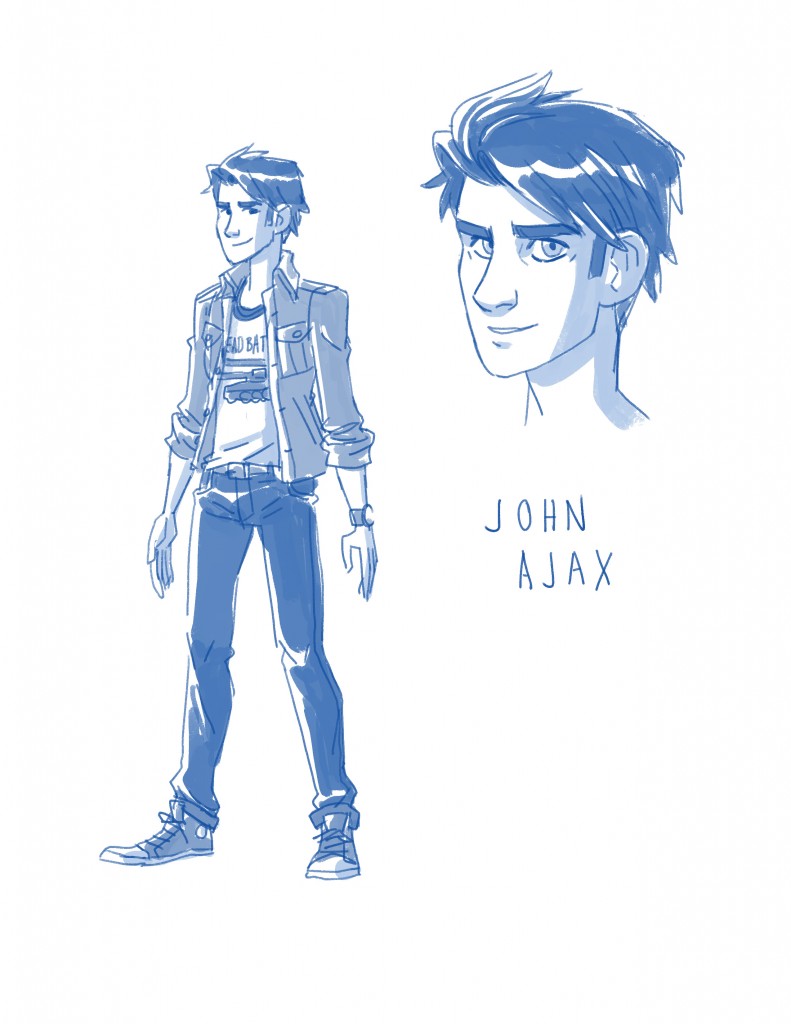 John Ajax is a regular kid with no powers. He loves video games (as is evidenced by his Tread Battalion t-shirt) and gets sent to live in Capeville for the summer by his over-protective parents. He lives with his grandpa, an old man in a wheelchair who hates ‘capes’ ever since he was in a tragic accident fifteen years ago… an accident the capes failed to prevent. 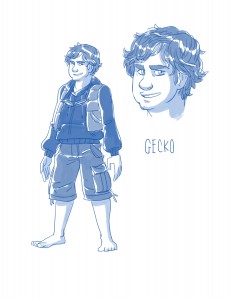 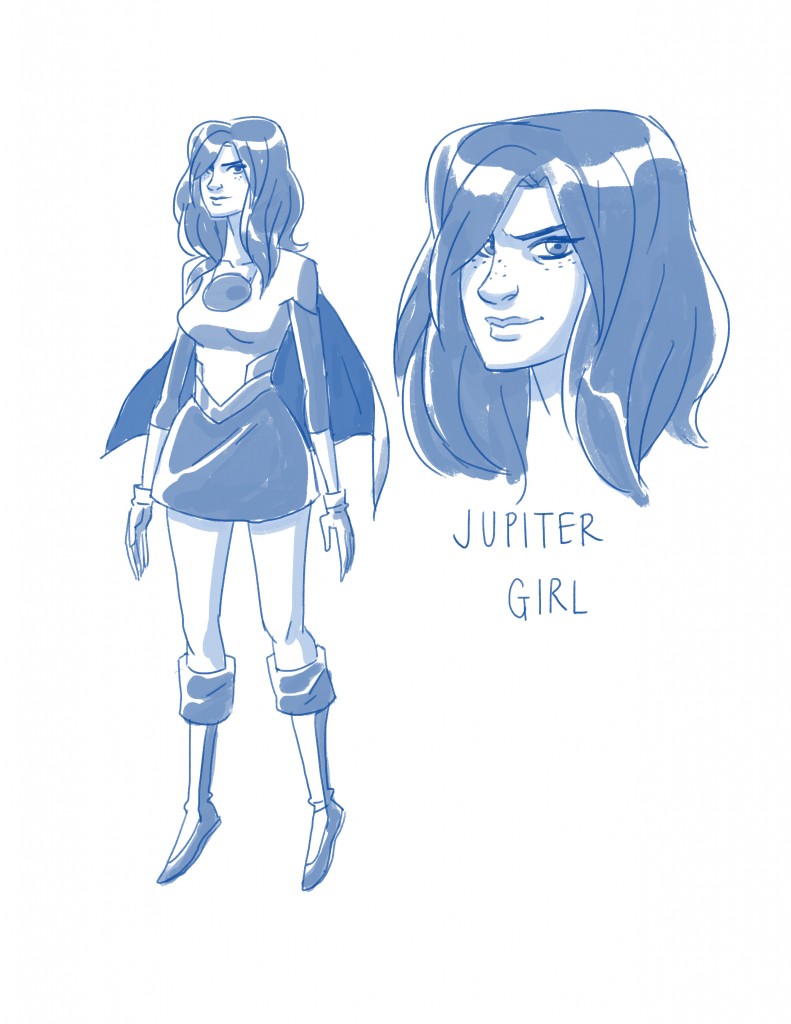 The Gecko never shares his secret identity, even with his friends. John has no idea what the Gecko’s real name is, or even if the Gecko’s crazy superhero parents just named him “The Gecko.” Like a gecko, he can stick to walls and uh, crawl around on walls. His specialty is mocking villains while bringing them to justice. His hobbies include patrolling the city, foiling evil plots and making knuckle sandwiches to deliver to villains.

Jupiter Girl. She’s seventeen, and one of the most powerful superhumans on the planet. She can bench press a bus, break the sound barrier in flight and read minds. She definitely doesn’t play video games. She runs a retirement home for super villains, where she keeps a close eye on the health and well-being of the retired evil bad guys. 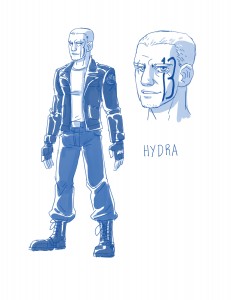 Frank Hydra is a mercenary with the power to replicate himself. His power is pain-based, so if he gets punched, or drops something on his toe, or gets a bad hangnail, he starts to make doubles of himself. And getting doubles of Frank Hydra is not a great thing, because he’s not a nice man. Not nice at all. He’s got his eye on John Ajax, and in the beginning of the novel he tries to kidnap him. John has no idea who he is or what he wants, but it’s clear that he’s bad news.

There are a lot of other fun characters in this book, too… I haven’t even included two of my favorites, the speedster Pronto and the glorious Lightning Cat! But hey, we can’t reveal everything in the first post… we have to save something for next time.

Okay, okay, let me help you choose a title now.

Great! Thank you for sharing your opinion. Mr. Corley is starting work on the cover next month, so we need to make a final decision on the title! Thank you for your help.

There’s also a place to sign up for Capeville-related updates if you want to make sure you’re getting all the first looks at this book!

THANK YOU! I’ll update you with the official title next week!

Please feel free to invite your friends to vote. The more the merrier!