George Washington never chopped down a cherry tree and then said, “I cannot tell a lie” when asked about it.

It’s a great story, though, because it gives us an insight into the kind of man he was, and how people around him saw him: a person of deep conviction and honesty, even from his youth.

History is a strange thing, because we want our heroes to be heroes, without fault, without flaw. If they happened to be transported, magically, to our time and place, we would want them to have our modern view of things, to use our language, to “be enlightened” like we are.

So we tend to overlook little stories that might cast things in a different light.

For instance, how often have you heard this story?

When George Washington was President, he had a small problem with his slaves.

When they lived in Philadelphia, they ran into something called “The Gradual Abolition Act” which stated that if a slave was in Pennsylvania for more than six months, they could apply for freedom. Members of Congress, interestingly, were “exempt” from this law. Washington assumed he was, too, but it turned out that because he wasn’t part of Congress, that wasn’t the case. So, to get around this, Washington would send his slaves home for “visits with their family” before their six month deadlines. Mrs. Washington would take her slaves on overnight trips into New Jersey. (This sort of “rotation” was also against the Gradual Abolition Act, but no one ever called the Washingtons on it.)

President Washington had mixed feelings about slavery and made it clear he intended to free all of his slaves (not all of Martha’s, which is a longer, more complicated story) upon his and Martha’s death. BUT, Mrs. Washington had a slave named Oney Judge who she was planning to give as a wedding gift to her granddaughter.

Oney knew that if she was given as a gift to someone else that she wouldn’t be freed upon the Washington’s deaths, so she made the gamble and one night disappeared into the free black community of Philadelphia, eventually making her way to New Hampshire.

A Washington family friend happened to see Oney on the street, and the Washingtons, hurt that Oney, who they saw “more as a daughter than a slave” had willingly left them, decided to get her back.

So President Washington, the most powerful man in the free world, set out to “regain his property.” According to the Fugitive Slave Act (a law signed into being by Washington himself), a slave owner crossing state lines to retrieve a runaway slave had to appear in court and prove ownership first. But Washington didn’t want the attention, so he called on a customs officer named Joseph Whipple to find her and bring her back Philadelphia, telling Whipple that Oney had likely been seduced, impregnated, stolen away and abandoned.

Except Whipple discovered instead a happy woman who just wanted to be free. So he sent back a letter instead of a slave.

In fact, Oney loved the Washingtons and actually agreed to return and be their slave again if only they would agree to free her on their deaths.

But President Washington said that would set a bad precedent, rewarding her bad behavior.

Whipple told the President that he should go to court and follow the law as set out in the Fugitive Slave Act.

Instead, Washington decided to have his nephew kidnap Oney and bring her back.

By now Oney was married to a free man and had a daughter. Washington sent orders for his nephew to kidnap both Oney and her daughter (who, as the child of a runaway slave was also a slave and belonged to the Washingtons).

Washington’s nephew confided his plan to kidnap Oney to a longtime friend of Washington’s, Senator John Langdon. Langdon was so disturbed by the whole situation that he himself snuck out during dinner and warned Oney. She ran and hid with friends.

Washington died a few months later. Oney spent most of her life in hiding, worried his relatives would try to reclaim her. Much of her later life was spent in abject poverty, and she outlived her husband and all three of her children.

Asked toward the end of her life, when her story became more well known, if she had regrets about running away… if she wouldn’t have rather lived a more comfortable life with the Washingtons, where at least she would have been well fed and had decent housing, Oney said these words: “No. I am free and have, I trust, been made a child of God by the means.”

So, there’s a little story about George Washington, the father of our nation. It gets less play than the cherry tree story for some reason.

Does that mean that he never accomplished any good thing? Does it mean that his role as our first president is less important? I don’t think so. But it does show that he was a man, a human being, with some awful foibles and a twisted morality that had been shaped and focused by the racist narratives of his time. Slavery did damage to the “owners” as well as the slaves (though the damage to the slaves was much, much greater). There were abolitionists already at this time. Washington simply wasn’t one of them.

Michelle Obama recently shared, with wonder and emotion, about living in a house built by slaves and then seeing her two beautiful intelligent black daughters playing with their dog on the White House lawn.

Some responded by saying “well, not only slaves built the White House” or “those slaves were well fed and housed.” I think Oney would have words to say about that: how a free life of abject poverty was better than a life of relative luxury working for generous and kind slavers who she loved. 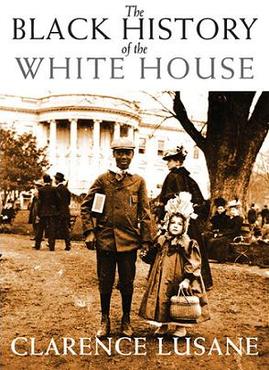 If you want to learn more about the history of black people in that White House, check out this book by Clarence Lusane.

Did you know, for instance, that the “White House” got its name after President Roosevelt invited Booker T. Washington to dinner there? It had been called that informally for years, although it was still called “the President’s House” by most. The political backlash to inviting a black man to dinner was so great that Roosevelt officially changed the name to “The White House” to calm things down.

The stories we tell matter.

The stories we ignore reveal our fears of who we were, who we are, and who we might become.

We have come a good way, friends, but we still have a long way to go.

ETA: A few people have asked for links to learn more about Oney Judge. Here are a few places you can start (links directly to Oney Judge content).

Today I Found Out

There are a lot more out there, but that’s a good beginning!