My 5 year old has been asking me to draw pictures for her at night before she goes to sleep. I start them when she is awake, and then she looks at them in the morning.

We started with Goldie. She’s a goldfish. 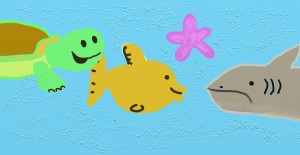 We moved on from there to a unicorn with a glitter rainbow. She also insisted on the question mark. I am unclear about that, but apparently the unicorn is confused about something. Maybe that floating green dot. 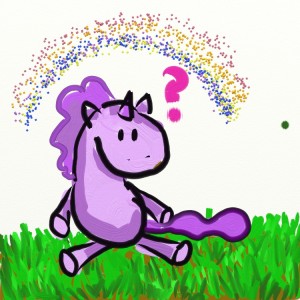 I did this one myself. It’s Owen from Owen and Friends.

Last night we started doing monsters reading books. Because she likes to read. And she likes monsters. 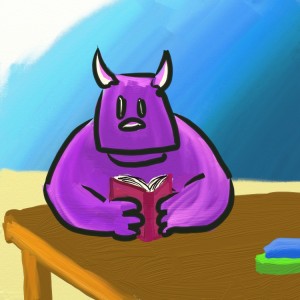 And last night’s reading monster had to have a rainbow. Originally she was supposed to have a beach behind her, but that eventually changed to “a painting of a rainbow on the wall.” Also, monsters are pink or purple. That’s a rule. 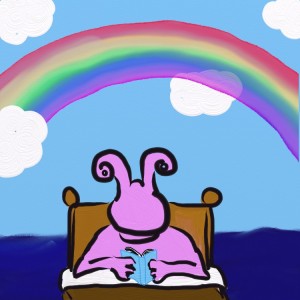 And, lastly, I thought I would experiment with making an icon. A cartoon icon, I guess, because that’s what I do.