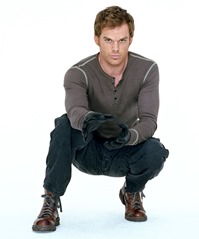 For eight seasons we’ve asked that same question, even as we watch Dexter lay villain after villain on his kill table. We wonder (secretly) if we, like Dexter, actually enjoy the vicarious thrill, baptizing him in the mantle of the vigilante to give our own dark passengers a socially acceptable mask.

We’ve always loved Dexter because he is a mirror for our own darkness.

So for eight seasons we’ve watched Dexter take step after step toward humanity. Through the birth of Harrison, the loss of Rita, his love for Hannah and above all, his relationship with Deb, for eight seasons, we wondered, Can Dexter be redeemed? Could there be hope for the monster? Is he after all a man?

Tonight, we got our answer, in the Dexter series finale appropriately titled, “Remember the Monsters?” The episode takes its name from Dexter’s final conversation with Deb, where she reminisces on how, as children, Dexter always made her feel safe by explaining that monsters aren’t real.

But we too are reminded that this Dexter we’ve watched become a man, this killer who’s grown a conscious, is also a monster. And so – as Dexter does at the top of its game, Deb’s story becomes a tragic parallel. Because we realize that Dexter has again convinced Deb (and himself, and us) that he’s no monster – this time painfully, at great cost, over the last two seasons. That he has in fact come into the light through those he loves – Deb and Hannah and Harrison – to become human. Dexter is no monster and he can keep them safe. 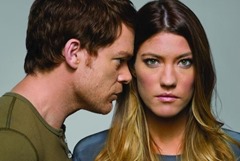 But Dexter learns he is wrong. He found redemption, but it cost him his new-found soul.

Due to complications arising post-surgery, Deb’s brain dies. Though she’s kept physically alive, she’s an empty shell. And Dexter can’t help but blame himself. Vogel was able to shoot Deb because Dexter had his first fully human moment: he said No to the Dark Passenger, No to his urge to kill, because Love and Life were for the first time stronger urges. 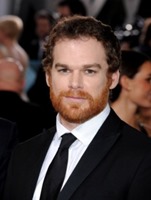 Deb’s death convinces Dexter he can never be human, never be happy. That his destiny is to destroy everyone and everything he loves. First Harry, then Rita. And now, finally, with Deb, Dexter says, No more.

So his series of lasts is also a series of firsts. His last kill – taking Deb off life-support (dressed in his kill clothes) – is the first life he takes out of empathy rather than selfish need. His last trip on the Slice of Life is also the first truly selfless thing he’s ever done: “dying” so those he loves (who’re still alive) can truly live in a world free of the monster that is Dexter Morgan.

But we see in the final moments that Dexter didn’t die. He’s alive and well somewhere in what looks like the Pacific Northwest – as far from Miami as possible. And, as it turns out, not so well after all. The great tragedy is that love has saved the monster. The bogeyman has become just a man.

The final tragedy of Dexter is that while he has learned how to love, he hasn’t learned to forgive.

Dexter can’t conceive of a world where the things he’s done – and the people he’s killed – can be redeemed. Because his actions are monstrous (as are their consequences), so too he must be a monster. And monsters belong in closets, hidden away from the rest of the world, where they can’t hurt anyone. So he hides himself away, alive and yet dead, cut off from the very love that saved him from death.

Is it a good ending? Hard to say. It’s certainly a fitting ending. This is, after all, a show about a serial killer. The show-runners have reminded us oft and loudly that Dexter is a monster, and monsters don’t get happy endings. It’s certainly not the ending we want, deep down in our hearts. Dexter is our hero, whether we want to admit it or not,

Could we have imagined an ending in which the monster found forgiveness and redemption? I’m not sure we’d like that. Because that might force us to look at our own Dark Passengers, to journey down our own paths toward forgiveness.

For so long all I wanted was to feel like other people … now that I do just want it to stop. — Dexter Morgan

Dexter: thank you for eight wild and provocative years. It’ll be a long time before we see another show so unafraid to show us the darkness in our own souls, to invite us to ask if we monsters can become human.

Bottom Line: The Dexter series finale was like the show itself: uneven, but full of those truly great moments that remind us why we fell in love with Dexter in the first place.

YOUR TURN: What did you think of the finale? What sort of end did you want for Dexter?