Let’s start with this: Anthropoid is a hard movie, but it is important.

[And even though it’s documented history I should also say SPOILER WARNING right off the bat too].

Any film matters if it forces us to remember what happens when radicalized forces of hate ascend to power. And by honoring regular people who sacrificed everything in order for good to triumph over evil we elevate the best of humanity and encourage future generations to stand against fascism and tyranny of any stripe.

Even after a decade of teaching history at half the colleges in Pittsburgh, I did not know this story of how resistance fighters in Czechoslovakia worked to undermine the occupying forces of Nazi Germany, how Adolf Hitler sent his second highest ranking man—Reinhard Heydrich, a.k.a. The Butcher of Prague and the main architect behind the Final Solution—to brutally suppress resistance by murdering thousands. And I certainly didn’t know the names of the Czech patriots portrayed in the film.

But I knew enough to realize that for Czechoslovakia in 1942, help from the Allies was still a long way off, more than two years to be precise. Our main players appear doomed from the start.

Anthropoid was the code name of the mission to assassinate Heydrich. Josef Gabcik (Cillian Murphy) and Jan Kubis (Jamie Dornan) parachute into Prague to find their contact already executed. They work with Uncle Hajsky (Toby Jones) and others to plot a way to take out the highly protected leader. The attempt on Heydrich’s life appeared to fail until he died from his injuries a few days later. 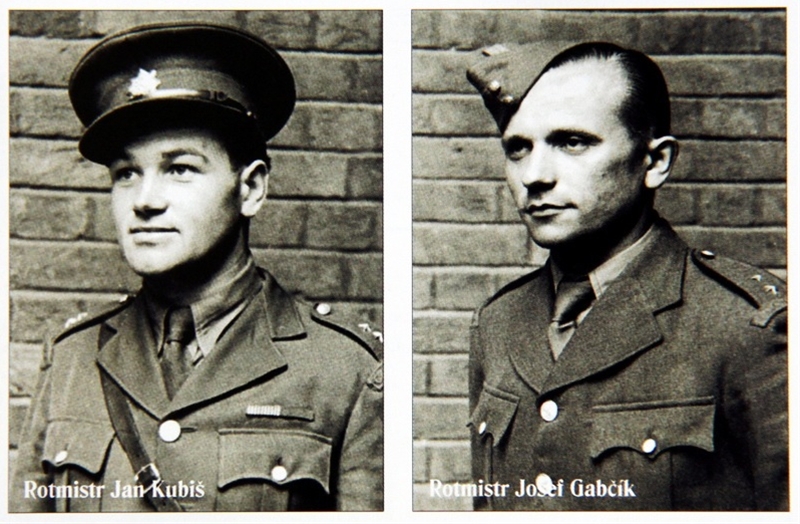 These characters aren’t one-dimensional warriors hell-bent on dying for a righteous cause. They are uncertain at times and realistically afraid to die. They inhabit a world gone to hell, where no good choices exist. The vulnerability of solider and civilian alike will stop your heart in the latter parts of the film.

We sit with these characters as they wrestle with the cost of decisions being made from London, where the Czech resistance leaders are orchestrating events in the homeland. One central question addressed in the movie is whether or not it was worth it to take out such a high ranking Nazi.

Historical reality is grim here. Reprisals for the attack were swift and terrifying. When rumors emerged that the assassins had been sheltered in Lidice, the entire town was targeted. Every adult man was murdered. The women not killed in the initial attack were sent to camps. Children suitable for “Germanization” were sent to be raised by families of the Reich. The town was razed and burned. Lidice was erased from the map, it’s inhabitants blotted from history. The revenge on Lidice is mentioned in the movie but not portrayed.

In all, some 1,300 people were murdered in retaliation for Heydrich’s death.

Indeed, you won’t find any sympathetic German figures in Anthropoid. This story is told from a purely Czech perspective. If this story were fiction, we would criticize the writing for crafting one-dimensional villains, but the monstrosity of these Germans, sadly, is documented. 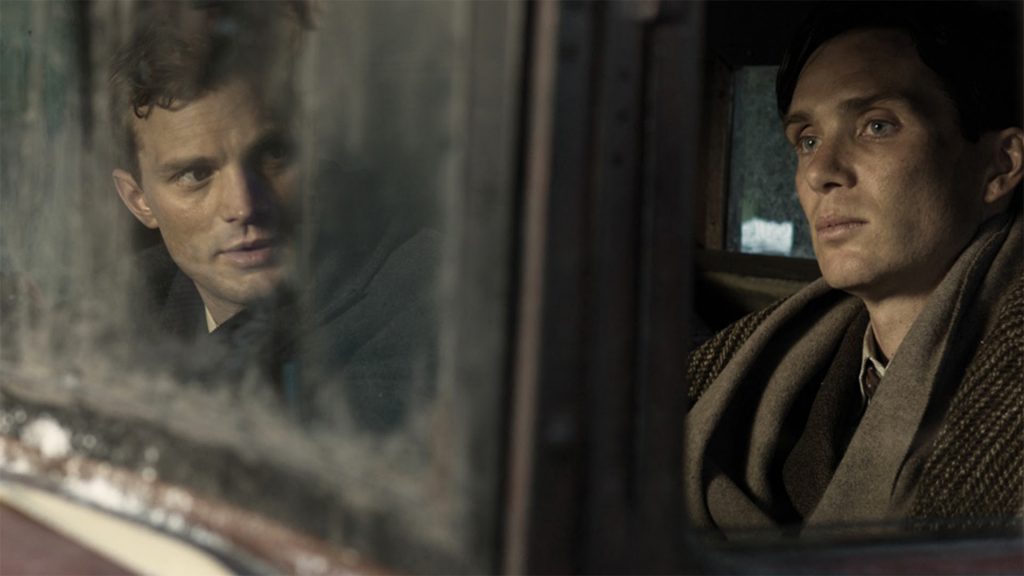 The acting is strong all around. Murphy and Dornan lead the way and are joined by Charlotte Le Bon and Anna Geislerova (who is particularly effective and nobody’s damsel in distress), who pose as romantic interests to enhance the cover of the operatives.

The film is very strong technically. Despite protests of some, the handheld camera moments were not distracting at all for me and everything felt authentic.

Writer/Director Sean Ellis spent 15 years trying to make Anthropoid. His obsession with the true story began after watching a documentary in 2001 on the true events. Most striking to Ellis is how these ordinary guys who found themselves in extraordinary positions in history fought the way they did. If you get a sense while watching the movie that “These poor people aren’t much different from me,” it’s not an accident. And there’s enough character development for that statement to apply to men or women of every age.

The climax of the film is a shootout in the Karel Boromejsky Church, where the seven fighters held off overwhelming Nazi forces for hours. Ellis and his team painstakingly recreated the church in such detail that historical advisers would see a mirror image to the real place. The entire third act is incredibly well done, a war film turned horror movie.

Anthropoid isn’t a perfect film. The story could be stronger, but it’s easy to understand why the New York Times made it a critic’s pick. Time Magazine also has a good piece on Why the True Story Matters. But as a whole, the film works. When the final scene ended I sat in my seat for a few minutes, stunned, silent, contemplative.

We in the U.S. don’t often go for World War II movies flicks without American forces. Anthropoid reminds me of Enemy at the Gates (2001), a Hollywood release which focused on the war between Germany and Russia with nary an American. So if you’re looking for ‘Murrica to go all Chuck Norris on Nazis in Anthropoid you will be disappointed.

Perhaps that’s one reason Anthropoid has only gotten a limited release in theaters, only 452  to be exact. By contrast over the past weekend, Sausage Party played in over 3,100 theaters and Suicide Squad was at 4,255. Look, I love plenty of superhero movies and can get down with ridiculous comedies just as much as the next guy, but I have to admit in an election year like 2016 it’s a bit disheartening that an important story like Anthropoid simply doesn’t command presence at more than a few hundred theaters.

Hopefully it’ll be the type of movie that gets some Oscar love, even if many people will undoubtedly be saying, “What is Anthropoid?” when nominations are announced.

But already, this film is having a cultural impact, particularly in Easter Europe, raising awareness of so many innocent people who were extinguished by Hitler’s forces. Now there’s even hope that the bodies of the seven resistance fighters will be exhumed and given a proper burial.

If you’re looking for a feel good summer flick, look elsewhere. And remember that slow doesn’t automatically mean dull. Yes, the first part of this film is slow paced, but this is a historical drama, not another DC movie disaster, and the payoff is worth it.

Anthropoid matters because of what it gets right. Past horrors of evil actors are hard truths to learn, but we must remember both those who survived and those who sacrificed everything so we never forget the cost of blindly following leaders who rise to power with messages designed to stoke fear and hate.