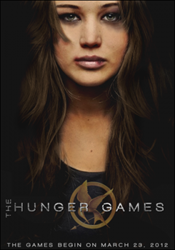 Over the past several posts, I’ve explored the story of Suzanne Collins’ first Hunger Games novel (and the excellent film adaptation). We’ve seen that while we identify with Katniss, we have much more in common with the Capitol. That our culture distracts us from injustice with pleasure and entertainment just like the Capitol does. That just like Rome and the Capitol, our culture seeks to control our bodies, to convince us to devalue our bodies. And last time, that Katniss and Jesus both use their bodies as the primary site of resistance against the Empire’s evil actions.

So what do we take from Katniss’ example in The Hunger Games? How do we imitate Jesus, resist Empire today, using our bodies?

In the New Testament, Worship is how Christians wage war on Empire, and the center of Christian worship is the Communion Meal.

Appropriately, the meal is an embodied act that regularly reinstructs us how we can resist the story our Empire tells us and live in the reality of God’s story. Communion teaches us how to resist the Empire’s claims on our bodies and souls.

1. Communion affirms that our bodies are essentially who we are. 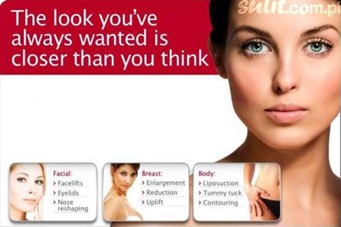 Our culture would have us treat our bodies as commodities. Like any other product, we can use our bodies to make us happy, to fulfill ourselves. For many of us, that means acquiring the look we’re told is best. Or changing our bodies via plastic surgery and other body modification. Treating our bodies and others’ bodies as tools for our pleasure.

Communion is a fundamentally embodied act.

Katniss understood that our body matter, that by affirming their goodness, she resisted the Capitol. So too, when we pause to take communion, when we eat bread and drink wine (or juice), we affirm that our bodies are good. That the physical world – simple pieces of bread, a cup of wine – have profound spiritual implications. We need to remember that what we buy, how we work, how we interact with the world – all of these shape our souls.

2. Communion reminds us where our security comes from. 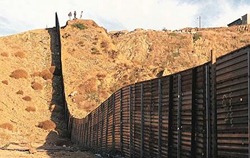 Terror is a powerful motivator. The easiest way to consolidate power is to give people a common enemy. Fear unites. So long as there’s something, someone we need to be protected from, we need a protector. For the Capitol, it was the chaos of War (and hence the Games themselves). For Rome it was the barbarian hordes lurking at the fringes of the Empire.

For us it’s terrorism, crime, immigrants. The Other party. Other religions. We believe what the Empire tells us about Them (because honestly – how many of THEM do we actually know ?)

We give our freedom to the Empire because we believe we need its protection.

Katniss understood that the Capitol’s promises of security only benefited the few in power. That the rest, the Others were left to fend for themselves, to serve the Capitol’s elite.

Katniss learned that the Other Districts weren’t her enemies, that such division only served the Capitol. She recognized the fundamental injustice of a system that makes enemies out of Other humans.

So too, Communion reminds us that we were all once enemies of God. That while we were in rebellion, God died for us, to bring us back into God’s Peace. Our safety, our security comes not from fighting to protect ourselves against the Other, but from embracing Them as friends. Welcoming them even as we are welcomed by God.

Communion is a fundamentally unifying act.

Communion reminds us that our story is Their story. That the same God who created us created Them. That the only Christian response to the Other is Love, because God makes enemies into friends. Communion teaches us not to be afraid of Them. And if we’re not afraid, then we don’t need protection. Especially if it comes at the expense of the Other. Our sense of safety and provision come from God, not the Empire’s bread and circuses. 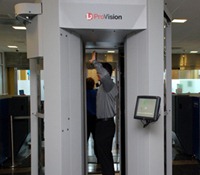 3. Communion quiets our fear of Death.

The Empire promises to protect us from Death. Enforces its rule on pain of Death. But the power of Life and Death don’t belong to any Empire.

The Capitol’s only real weapon was the fear of Death. Once Katniss had embraced Death – on her own terms, no less – the Capitol had no power over her. Katniss stole the Capitol’s power over life and death and so exposed their claims to power as a sham. Even her example became a threat to the Capitol, and she became the first person in 74 years to beat the Hunger Games.

So too, when we take Communion reminds us that no one took Jesus’ life. He willingly gave it up for us. And his death became an invitation for us to follow him. To die with him. To share in the promise and power of his resurrection.

God raised Jesus from the dead. That’s a sign for us that Death doesn’t have the final word in our lives. Jesus’ resurrection is how Paul can ask,

O Death, where is your sting?

Communion is a fundamentally death-defying act.

Every time we eat the Communion Meal, we remember that we have died and been buried with Jesus. That the Empire’s threats have no power over us. We see the Empire’s propaganda, their weapons of Terror for what they are: smoke and mirrors to control us.

4. Communion binds us to those we share the meal with.

The individual is the only sacred thing in our culture. We prize personal liberty above all else. But when everything and everyone – including my own body – is reduced to a product meant to satisfy my desires, we cut ourselves off from the very relationships meant to give us life.

Individualism only serves the Empire. We are most fully human when we are in community. 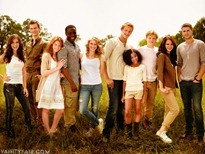 Katniss understood that fighting against the other tributes served only the Capitol’s interests. As much as possible, she reached out to the others in the arena, befriending Rue, caring for Peeta. Katniss owed her life to the people around her – Cinna and Haymitch, Peeta, Rue and Thresh.

So too, we eat the Communion Meal together. In a community. To eat the meal is to share in remembering Jesus’ death and waiting for his return with Others all over the world and all throughout time. To eat from Jesus’ table is to draw from a deep well of people who’ve all been wrapped up in God’s rescue mission. 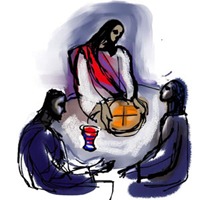 Every Empire offers its citizens Bread and Circuses to distract us from the injustices Empires thrive on. Instead, let us come to Jesus. Remember what he offers us instead:

YOUR TURN: How does the Communion Meal teach you to resist our cultural scripts?