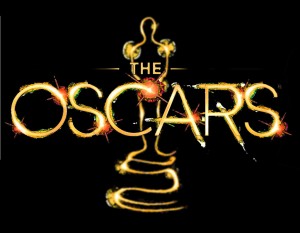 The nominations for the 2015 Oscars were announced this morning. Despite the fact that I’m edging ever closer to giving up on awards shows — they demonstrate more that your film has money behind it than that it’s actually the BEST anything, I still love to watch and see who they choose. (I know, I’m part of the problem.)

You can find the complete list of nominations here, but here are the most exciting categories:

Boyhood won the Golden Globe for Best Picture, so it’s unlikely to win the Oscar. I was surprised to see American Sniper on the ballot — I haven’t seen it yet, but it’s gotten largely mediocre reviews overall. This is a strong category overall. I still haven’t seen half of them, but I have a month to make that happen! Right now, my vote would go to Birdman.

Prediction: Selma (Boyhood is facing backlash from the Golden Globes win, and Selma director Ava DuVernay was snubbed for Best Director. With no film in this list clearly deserving the win, we may have another Argo situation).

Keaton won the Golden Globe for Birdman, and it’s such a meta-commentary on the actor’s journey, I can imagine him taking it again. Plus, that way Hollywood can vote for a superhero movie without having to vote for an actual superhero movie. Then again, every performance in this category is very strong. Anyone who wins is a good choice. It really is a crime that Selma‘s David Oleyowo didn’t get a nomination.

My Choice: Steve Carell but five minutes from now it might be Michael Keaton.

Rosamund Pike got the nod for her Amazing Amy Dunn. And Reese Witherspoon was by far the best part of Wild. Surprising here is that Jennifer Anniston didn’t get a nod for Cake, which has garnered a ton of buzz. Maybe her snub is proof the Oscars aren’t as broken as everyone thinks?

My Choice: Rosamund Pike but if you ask me later, it might be Reese Witherspoon.

Prediction: Felicity Jones may be the only win Theory of Everything takes home all night.

Linklater is going to take this for Boyhood, and it’s hard to argue – he shot the film over 12 years. But if you’ve seen Birdman, you know you can’t ignore Alejandro G. Inarritu’s work. That film felt like one long take. It wasn’t, but there was some jaw-dropping directing in that film over and over and over. Plus, if the #OscarsSoWhite campaign does draw some attention, Inarritu is the only non-white director nominated.

This category is Exhibit B why Awards shows are the worst. (Exhibit A is the #OscarsSoWhite stuff). We knew this after Brave won a couple of years ago despite being terrible. But this year, THE LEGO MOVIE isn’t even NOMINATED. Not even nominated. Then consider that How to Train Your Dragon 2, which received mediocre reviews, won the Golden Globe. The Lego Movie was released in January, which led many to predict (rightly, we now see) that such an early release would hurt its Oscar chances.

By the way, The Boxtrolls was one of my favorite films of the year, so I really hope it wins. But Laika’s films (like Coraline and Paranorman) are too weird for a lot of the voters. So I’m not holding my breath.

The Lego Movie should’ve been a Best Picture nomination. And it didn’t even get on the Animated Film ballot. Ridiculous.

My Choice: The Boxtrolls

6. Best Actor in a Supporting Role

Everyone in this category was awesome. But Edward Norton in Birdman is all you need to know.

7. Best Actress in a Supporting Role

Another great category. Anyone who wins here is good with me – even Keira Knightley. She was great in The Imitation Game. But seriously – anyone who takes this home is great.

Prediction: Meryl Streep has gotten passed over a couple of times recently. And come on… it’s Meryl.

Boyhood barely had a script. Birdman is meta and funny and crazy and awesome. Nightcrawler skewered 24-hour, “if it bleeds, it leads” newscasting. And Foxcatcher told a true story so well that all the actual people involved loved it (until the main character realized after critics reviewed the film that his story had crazy homo-erotic undertones). Having not seen Grand Budapest Hotel yet, my vote goes far-and-away to Birdman, though Foxcatcher could take it too.

I’ve only seen The Imitation Game, but my vote goes to Inherent Vice because P. T. Anderson tried to adapt a Thomas Pynchon novel for screen. He should win on courage alone.

Prediction: The Theory of Everything

YOUR TURN: What do you want to see win?