Don’t Split Up! is a horror film podcast for horror film lovers by horror film lovers. Radha, Tam, Amanda and JR. tread (mostly) fearlessly where few other podcasts dare! From the latest spine-tingling thriller to classic monster movie throwbacks, our terrified gang dives in deep to figure out exactly what scares us, and why we love it so much. 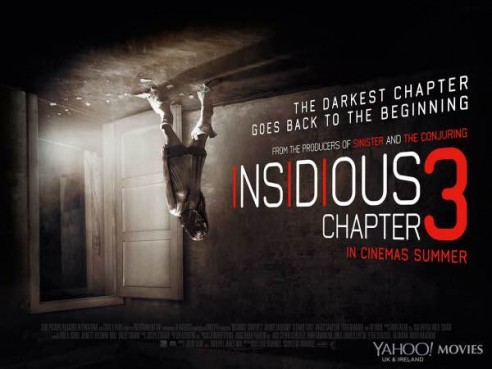 Don't Split Up investigates the Insidious trilogy. After reviewing the first two films, we dive into a full review of the newly released third film.

More Messages From Dont Split Up... 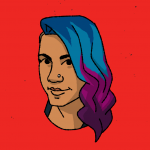 Radha studies at Dallas Theological Seminary and focuses on culture and apologetics. She writes at Grindhouse Theology and takes photographs in her minimal spare time. Radha entered the world the day before Halloween, thus making her the precursor to horror. Her humor is dry like the dried, empty shell of a deceased hermit crab. You can find her on Instagram and Twitter. 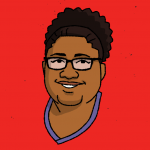 Tameshia WilliamsIn between travel, foodie adventures, and movie outings, Tameshia works in market research in Dallas, TX. She half covers her eyes during horror movies and totally gets why Joey Tribbiani stuck a copy of The Shining in the freezer. Follow Tameshia at Facebook or Instagram. 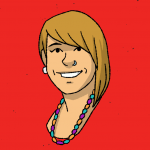 Amanda currently resides in Dallas, Texas with her esposo, JR. Her favorite things include speaking Spanish, spending quality time with friends or future friends, thrifting, eating delicious cuisine from all over the world, getting lost in a book, traveling, watching movies, and spontaneous adventures. She skates with Assassination City Roller Derby as the fearsome Mother Terrorista. This is Amanda’s debut into the podcasting world, and as you will discover she is by far the biggest chicken in the group. She may have a tough and laid back outer-shell but deep down even the dumbest movies give her nightmares. Connect with her on Facebook, Twitter, and Instagram. 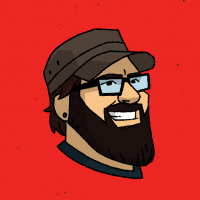 JR. lives in Dallas, TX with his wife Amanda. He’s a writer, blogger and pastor. He wrote Empathy for the Devil, which is about finding ourselves in the villains of the Bible. He also loves Batman, spirited debates and smoking meats. Check out his blog for his sermon podcast. In addition to Don’t Split Up!, JR. also cohosts the Fascinating podcast (history, theology and pop culture) and In All Things Charity (Wesleyan Feminist Theology). He also blogs on faith and pop culture right here on NorvilleRogers.com. Follow him on Twitter, say hi on Facebook or subscribe to his weekly e-newsletter on faith and pop culture.